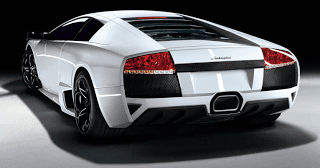 After arriving in Nova Scotia, The Good Car Brother bemoaned his Chevrolet Suburban’s poor fuel economy and envied the efficiency of GoodCarBadCar’s recent long-term addition, an ’09 smart fortwo. Traveling extensively on highways all across this continent, his Suburban was achieving somewhere under 20 miles per gallon. The smart? Routine driving sees near 38 miles per gallon.

Converted to people miles per gallon, however, his Suburban would have been rated around 108 pmpg. GoodCarBadCar’s smart with full human capacity wouldn’t be rated beyond 76 pmpg. While it’s true that no current Lamborghini could attain a pmpg rating over 40, there is another argument – another perspective, really – that ought to be considered when attacking the manufacturer for the consumption and emission of its automobiles.
Over its 46-year history, Lamborghini has produced approximately 22,000 cars. Americans made the Hyundai Elantra the tenth best-selling car in the USA last month by buying 21,673 sedan and wagon Elantras. Context given.
Of the 22,000 Lamborghinis manufactured in the last 46 years, only 11,000 are driven regularly. Unfortunately, this means 11,000 sit in living rooms, museums, and…. avert your eyes, junkyards. More context required? Toyota sold 10,656 Highlanders in August. One can assume they’re all being driven. On the school run.

So few Lamborghinis are being driven, yes, but hardly driven in truth. On average, those 11,000 Lamborghinis are driven about 3,000 miles annually. GoodCarBadCar’s long-term smart is driven sparingly yet will cover that distance in six months.
Measure the equivalent this’a’way. Take 2,750 cars and drive them each 12,000 miles per year. In other words, that’s about 7% of the Honda Accords sold in the U.S. in August driven a regular amount.
Finally, says evo‘s Harry Metcalfe on Stephan Winkelmann’s subject, the “CO2 levels of all the Lamborghinis ever produced is almost immeasurable“. And yet, even amongst the automotive enthusiast society, we continue to expect companies like Lamborghini, Ferrari, and Bentley to produce E85-burning hybrids with hydrogen fuel cells and curb weights under 2,000 pounds.
Just for full disclosure’s sake, here are some of the Numbers from the EPA on Lamborghini’s 2010 models. By the way, the EPA (@ fueleconomy.gov) uses 15,000 miles per year to calculate the carbon footprint of automobiles.
Lamborghini Gallardo 6-speed manual: 12 mpg city/20 mpg highway, 12.2 tons of CO2/year
Lamborgini Murcielago 6-speed manual: 8 mpg city/13 mpg highway, 18.3 tons of CO2/year
Lamborghini Reventon Roadster: 9 mpg city/14 mpg highway, 16.6 tons of CO2/year