Within hours of one another, two sedans at completely opposite ends of the 4-door spectrum were introduced on the internet. The Dingolfing, Germany-built BMW 7-Series moves toward classiness with its next design. Many will point out that BMW’s not taking as great a risk with this fifth-generation 7-Series, ignoring that the car you see in these pictures would have been at least as shocking as the old-look 7 had this car debuted in 2002.

The eye adjusts. Audacious concept cars and a slow burn combine to force the average consumer into acclimatization at a faster rate than you realize. In the early part of this decade, tall-roofed small sedans were widely panned – who cares about the extra space? – but now, what small sedan isn’t short-nosed and bulbous? Toyota’s Echo was and is believed to have been one very ugly duckling, but you can credit the Echo for acclimatizing you to vehicles like the current Corolla and Civic, neither of which offend.

Thus, the new 7-Series looks perfectly sane to the naked eye of 2008. Don’t be surprised to see 400bhp at the bottom-end of the 7-Series lineup in North America. At least seven engines have been found under the hood of the current E65/E66 7-Series, and though North Americans shouldn’t expect to see such a wide array of alternatives; anticipating diesel(s) and a V12 wouldn’t be unhealthy. BMW’s overall sales in Canada were up over 6% this past June, over June of 2007. In the USA, sales tumbled 34.4% during the same period. 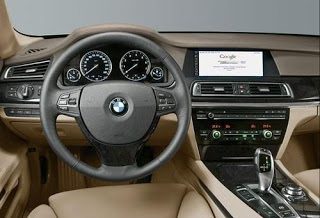 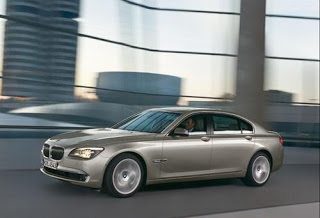