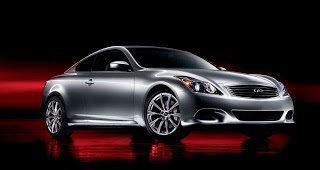 INFINITI’S UNIQUE APPROACH IN THE U.K.

Infiniti, one piece of the Renault/Nissan corporate puzzle, continutes to post decent sales figures in the United States and Canada. March of this year was some 7% better than the previous March, and April was only slightly down in a market that absolutely buried itself in the ground.

Infiniti’s been kickin’ in North America for almost twenty years. After a quick start, Infiniti stumbled for many years. Not surprisingly, the Nissan father figure wasn’t setting the best example. Renault’s involvement with Nissan brought new life to Infiniti, as you’d expect, and since that point, the builder of the G35/G37 and FX family, its two most prominent members, has been on a roll. With Infiniti, consumers expect dynamic design, well resolved on-road dynamics, and a small savings compared with common German competition.
The G35 sedan and G37 coupe sit at the bottom of the range with the EX crossover. Bump up the $ figure and you’re struck with the M35 and M45 as well as the brand-new FX; which is stunning to say the least. The Q, Infiniti’s largest sedan, should be back before long, and the QX56 is a Nissan SUV in super-chrome garb.
With Infiniti’s tardy entrance into Europe, Renault/Nissan has given Lexus a huge edge. Lexus’ lightning quick takeover of the American market hasn’t been mirrored in Europe, a somewhat more image conscious and history favouring group they must be. But, Europeans – and Brits especially – favour a terrific driving experience. And on that count, Infiniti delivers.
Nonetheless, Infiniti is taking a design-led approach to their UK intro. It seems as though Infiniti will ignore the small engine and diesel luxury market, at least at first. Though that may sound unimaginable and, perhaps, even stupid, Infiniti has other plans. Infiniti’s will be placed on the fleets of hi-lux hotels. Staff uniforms, business cards, dealership style, and even elevator music must be signed off by a higher authority, namely Shiro Nakamura.
OK, that sounds design-led. On the other hand, head honcho Carlos Ghosn wants to make money with small production numbers, rather than trying to achieve the impossible feat of dominating the Euro/UK luxury sector. Between 300-500 changes will occur in each Infiniti to fit it for Euro duty. More sound deadening, suspension tuning, and grippier tires are just some of the not design-led changes. Then again, thicker carpets and nicer leather are very Euro-conscious.
Will Infiniti succeed in England, Scotland, and Wales? Quite assuredly, Nissan’s definition of success will differ from your’s.