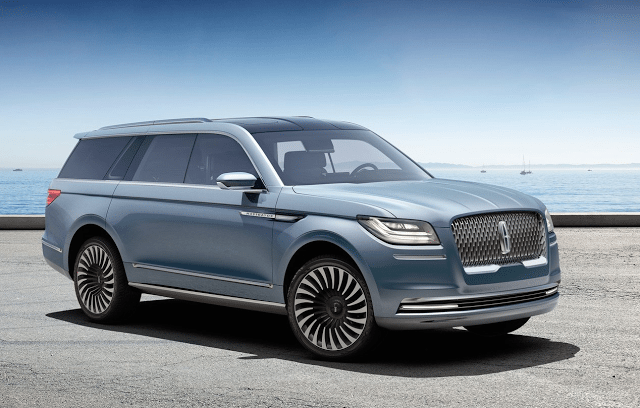 In 2015, U.S. sales of the Land Rover Range Rover reached the highest level ever. Infiniti’s QX80, formerly known as the Infiniti QX56, generated more sales in 2015 than at any time in its 12-year history. 2015 was the second-best year ever for the Mercedes-Benz GL-Class in America. Not since 2007 had sales of the Cadillac Escalade and its long-wheelbase Escalade ESV variant risen so high, though Escalade/ESV sales were down 35% compared with the peak in 2006.

As for the Lincoln Navigator, sales of the Ford Motor Company’s Expedition-based Lincoln flagship rose to a seven-year high in 2015. Lincoln sold nearly 12,000 Navigators in America last year, a sharp turnaround from barely selling 8000 when the market tanked in 2009.

On the basis of a flourishing market, Lincoln introduced a Navigator Concept at the New York International Auto Show earlier this week, in the hopes that “Quiet Luxury” – as opposed to the Escalade’s bling-centric approach – could restore the Navigator’s fortunes, and in so doing, boost Lincoln’s fortunes as well.

Any belief that Lincoln will be rescued by a sedan like the new Continental ought to be discarded: luxury passenger cars are fading, and Lincoln has lost all credibility in the sector. The MKS and MKZ jointly fell 10% to only 37,778 units in 2015, 37% of Lincoln’s overall sales total and a drop in the bucket compared to the 94,527 copies of the 3-Series sold in BMW showrooms.

If Lincoln is to be restored to glory days of yore, the Navigator must relocate genuinely impressive mainstream-like volume despite its lofty price point. Mercedes-Benz and Cadillac are doing it with the GL-Class (soon to be GLS) and Escalade – Lincoln has done so in the past with the Navigator. 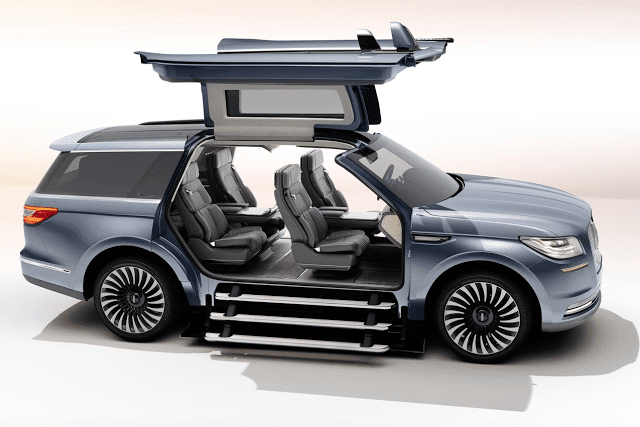 Sales growth for the entry-level Escape-based MKC has stalled, and never has it approached the class-leading sales levels achieved by the Audi Q5, Acura RDX, or Lexus NX.

The MKT is rudely forgotten. The Edge-based MKX has finally arrived in second-gen form, and year-over-year growth stats appear impressive: MKX sales jumped 78% to 4427 units in 2016’s first two months. But keep in mind, Cadillac sold 8795 copies of the SRX in the same period, double the best-selling Lincoln’s total.

A moderately successful Continental, consistent MKZ performances, and steady growth from the MKC and MKX won’t be enough to carry Lincoln into a new era. In this age, an automaker with historic credentials as a purveyor of big luxury SUVs can once again rely on a big flagship luxury SUV for massive profit from measurable volume.

Clearly, Lincoln bosses understands this, because they’re priming the fourth-generation Navigator to be an opulent, sumptuous, eye-catching, obviously Lincoln-like alternative to the segment’s current top dogs. 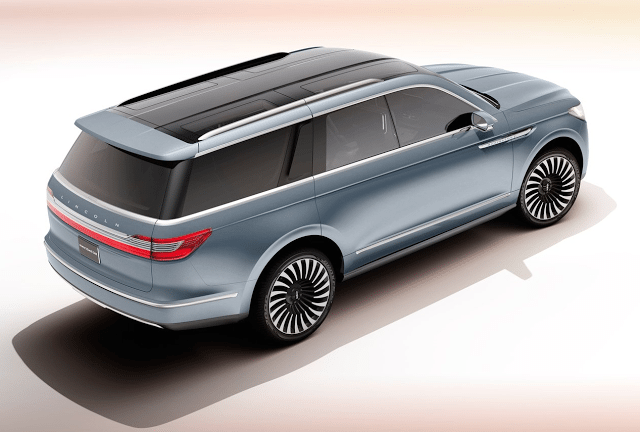 Gone are the days in which a big sedan like the 1963 Continental can build a brand’s image. The S-Class isn’t forced to do so at Mercedes-Benz, the CT6 won’t do so at Cadillac, there’s no Q45 to do so at Infiniti, and the LS is an oft-ignored Lexus.

Big SUVs set the tone for many luxury brands in 2016, and even when a production Navigator arrives without the concept’s gullwing doors, the Ford Motor Company must permit Lincoln to revel in its flagship status, to announce to the world that this is what the modern Lincoln Motor Company is all about. Like it or not.