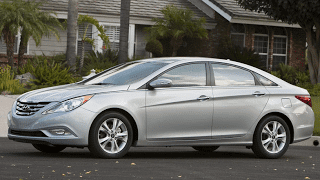 Right now in Los Angeles the temperature isn’t a whole lot warmer than it is here on the east coast of Canada. Granted, the sun hasn’t risen yet on the pacific. And the temperature will soon be dropping outside GoodCarBadCar Towers. But, you know, those of us not at the Los Angeles Auto Show need to console ourselves somehow.

Missing out on new vehicle introductions isn’t as painful as it once was. For starters, images of new products are normally available before the show; sometimes weeks in advance. Rather than “shock and awe”, auto manufacturers seem to be more content with “prepare to display”. The Good Car Guy didn’t get in on the preparation act a whole lot as far as the L.A. show goes because of the emphasis on Sales Stats. Besides, you’re already aware of the Ford Fiesta ($13,995 or $15,795 for the hatch), Ford’s new-for-2011 Mustang V6, the awesome Cadillac CTS Coupe, Porsche Boxster Spyder, Volkswagen up! Lite, and Chevrolet’s Volt and Cruze. The pictures in this post relate to a few important introductions at the L.A. Auto Show you really shouldn’t miss.

First, there’s the 2011 Hyundai Sonata. Not built to be available with a V6, the new Sonata is much more design-conscious. Whether or not the styling will be appreciated by all, there’s no denying it cuts a daring profile when compared with previous Sonatas. 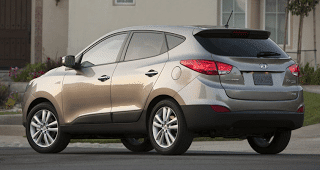 Then Hyundai also brought out the new Tucson. In this increasingly active segment of small crossovers Hyundai has already been a formidable player. This Tucson looks the part and will probably drive the part. Again, four cylinders is the max. If this concerns you, consider the small number of people already in V6s in the midsize sedan and small crossover class and then consider how likely it is that Hyundai is ahead of the game. 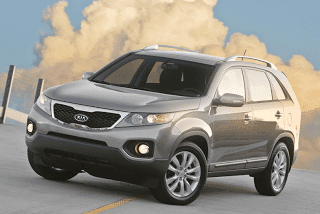 Over at Hyundai’s Kia subsidiary, the Kia Sorento is definitely available with plenty of horsepower. No longer a body-on-frame SUV, this crossoverish 2011 Sorento is available with a 174-bhp four-banger or a 276-bhp 3.5L V6. Kia has high hopes for the Sorento and plans to market it against the Honda CR-V and Toyota RAV4; a segment already activated by Hyundai/Kia with the Santa Fe, Tucson, and Sportage. 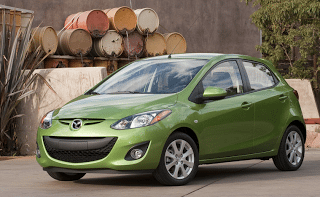 Mazda is increasingly less Ford-like, though the new Mazda 2 shares much with the Fiesta. We don’t know yet if Mazda will price the 2 above or below or equal to the Fiesta. Will they share the same engine? Not sure. It’s plausible that both cars, the 2 and Fiesta, could be highly successful models as years go by. 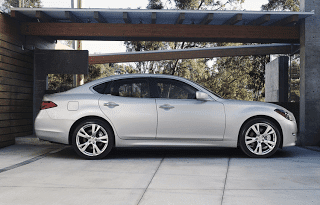 Finally, Infiniti introduced the all new M. With established competitors like the Mercedes-Benz E-Class and BMW 5-Series, any new offering in this class needs to be spectacular just to get noticed; absolutely amazing to be purchased consistently by highly demanding consumers. The Infiniti M certainly has style on its side. Flowing curves and bulging wheelarches abound. M37s will be fitted with a 316-bhp V6. The M56 churns out an impressive 420 horsepower and 417 lb-ft of torque, enough to make the M37 seem deficient.
Toyota brought the next-generation Sienna minivan to Los Angeles, as well as a Prius plug-in. Honda showed the goofy P-Nut concept and Volkswagen had a Final Edition New Beetle. Overall, GoodCarBadCar.net now has the main bases covered.