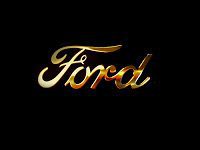 HOW WOULD GM/FORD/CHRYSLER DESTRUCTION AFFECT YOU?

Facebook revealed an interesting memorandum to The Good Car Guy this afternoon. Written by David Cole, Sean McAlinden, Kristin Dziczek, and Debra Maranger Menk, “The Impact on the U.S. Economy of a Major Contraction of the Detroit Three Automakers” is educating and deep, to say the least. The Centre for Automotive Research’s piece will surely come under deeper scrutiny than that afforded by a Canadian freelance/blogger/car expert, but that’s not to say you shouldn’t read it for yourself. So head to CarGroup.org or follow this link.

“The motor vehicle and parts industries employed 732,800 workers directly as of September, 2008, and the Detroit Three employed 239,341 hourly and salary workers in the United States at the end of 2007. The international producers employed roughly 113,000 people in the United States at that time. The auto industry has one of the largest economic multipliers of any sector of the U.S. economy, and is sufficiently large that its growth or contraction can be detected in changes in the U.S. Gross Domestic Product. In many states employment in automotive and automotive parts manufacturing ranks among the top three manufacturing industries.”
How’s that for starters?