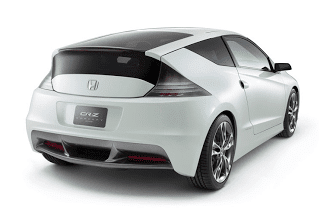 Setting the release date of the Honda CR-Z for next summer and releasing this “concept” in Tokyo is the clear indicator that Honda has no plans to change the car. It’s obviously highly unlikely that a production debut in the spring would change anything other than the wheels, mirrors, and bumpers (regulations of different countries mandate this anyway).
Plans to equip the CR-Z (Concept Renaissance Zero) with a 1.5L gas-electric powerplant are moving forward. Thankfully, as a car destined for sportiness, the CR-Z will not be fitted with a CVT but rather a 6-speed manual transmission. The design of the CR-Z is very, very CRX-like – a good thing in the eyes of The Good Car Guy. Small, sporty cars should appeal to a specific cross-section of consumers. The CR-Z’s unique powertrain and unique design might be a precursor of things to come from Honda, a company criticized of late for…. well, letting go.
To better understand the Honda CR-Z’s gestation, look back to the Honda Remix concept from the ’06 L.A. auto show. Geneva’s 2007 auto show was host to the Honda Small Hybrid Sports concept. Then, of course, came the ’07 Tokyo show. This is Honda at its roots and we ought to expect great things from the CR-Z. 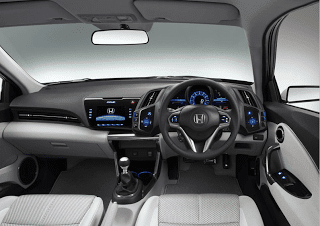