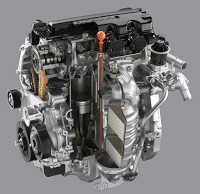 Statistics posted here yesterday were, as I remember, discouraging; depressing; and disgusting. You can read the bad car statistics with clicks here or here. But all this negativity… man, it’s getting me down. It’s past time that we improve the mood. Focus on the positive. Embrace that which is right, strong, and good.