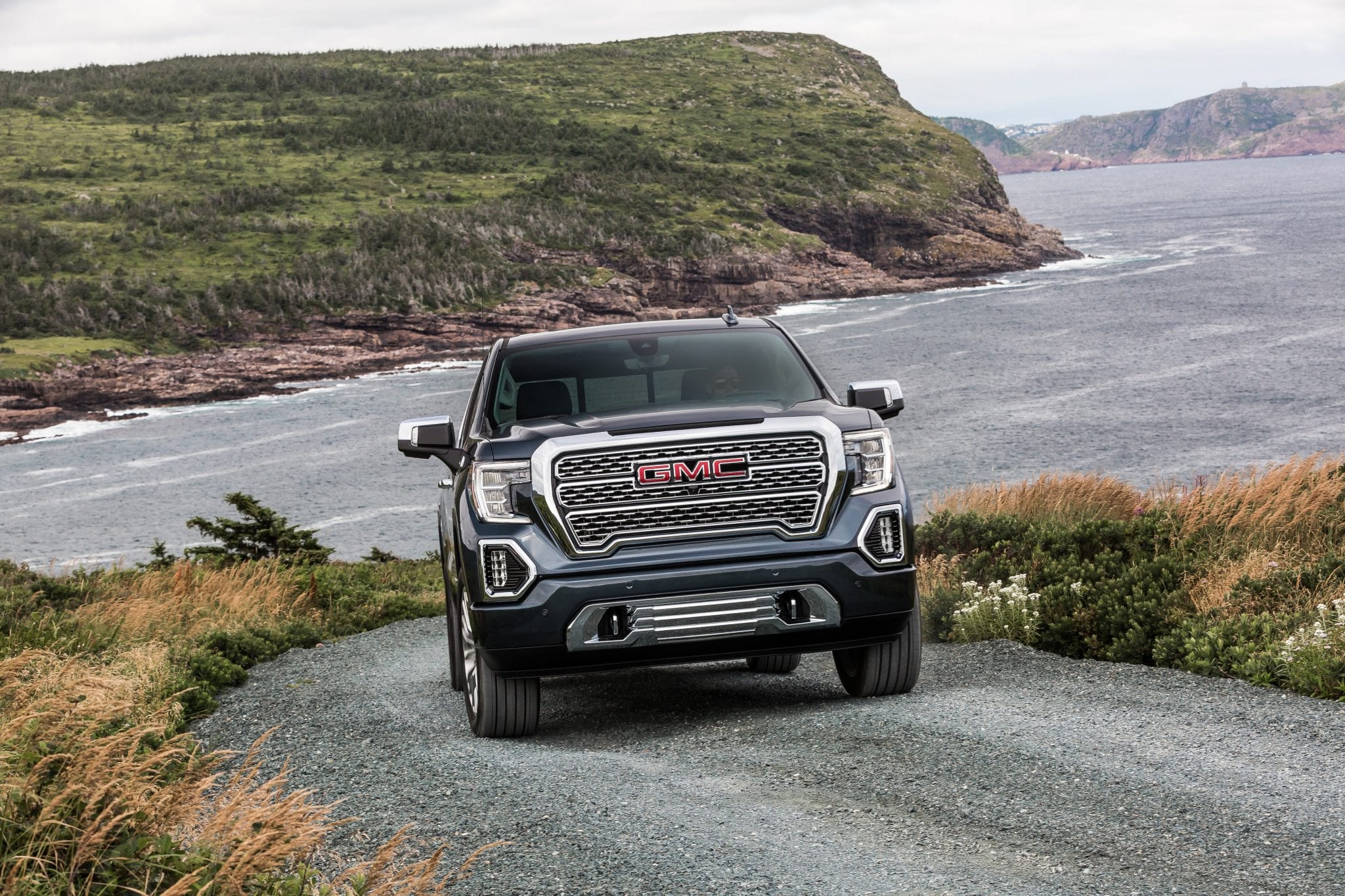 GMC Uses Preception in its Favor

GMC Has the Right Brand Message for Sales, But Is it Accurate?

They say perception is more important than reality. Whether or not that’s true for everything is debatable, but I’ll say this: it’s certainly true for GMC. The brand has positioned itself as the only premium truck manufacturer, and it considers itself a premium-level brand across its lineup of trucks and SUVs.

Here’s the thing, I don’t find GMC to be a real premium-level brand. Its trucks are not much different than Chevrolet’s offerings, and its SUVs are also hardly befitting of “premium” title. The Denali sub-brand is quite luxurious but even it lacks levels of luxury I’d expect from a truly premium vehicle. Also, comparable top trim level vehicles from Ford, Chevrolet, or Ram are just as luxurious. That’s why GMC gets lumped in with the rest of the regular vehicles in our sales statistics.

The whole “premium” thing is a farce, but I’d be lying if I said it doesn’t work. GMC is doing well right now in sales, and the whole premium brand thing is part of what’s driving that.

Why the Premium Brand Position?

When asked by Forbes about the premium branding position that GMC has taken, Phil Brook, vice president, Buick and GMC Marketing said the following:

“We saw an opportunity we found within the market with more people with active lifestyles, getting out and doing stuff and making the most of things. They need a great vehicle to be able to do that, but what we found is there are some rugged, tough models out there and brands that sell in that space, but no one does it in a premium way and gives you all the creature comforts.”

Several publications, including The Wall Street Journal, reported on a study that showed people are sitting more than ever. Computers and technology are the driving factors for this. Pair that with the fact that obesity is rising across the country, and it’s clear that people are less active.

The second thing about his statement is this: he says “no one does it (meaning trucks) in a premium way.” He does not define “premium way,” but I take that to mean luxurious and with plenty of features or creature comforts, as he puts it at the end of his statement.

I’d argue that GMC’s trucks are not any more premium than the other options out there. Just look at the interior (shown above). There’s nothing particularly wrong with it, but it’s not more premium than other truck interiors and this is the Denali trim level.

The Platinum trim level of the Ford F-150, for example, is just as luxurious as the GMC Sierra 1500 Denali. The top trim-level F-150 gets high-quality leather seats, good materials throughout the cabin, and top-level technology, including Ford CoPilot 360 driver assist technology, Ford Pass Connect with Wi-Fi hotspot, and towing technology in Pro Trailer Backup Assist. In short, the Platinum trim level is luxurious and seriously well-equipped.

The same goes for the comparable Chevrolet Silverado 1500, which would be the High Country trim level. This truck gets all of the same technology and features as the GMC Sierra 1500, top-notch seating materials and very similar interior materials to the GMC throughout the cabin.

Ram’s 1500 (interior of the truck shown above) is the most luxurious and well-equipped truck out there right now, and in its top trim level—Limited—the truck puts others to shame. The Limited trim level boasts buttery smooth leather upholstery, a 12-inch touchscreen Uconnect infotainment system (I think it’s the best infotainment system out there), and just better interior materials all around. The exterior of the truck has innovations like Ram Box storage spaces and a fancy new split tailgate.

GMC and Chevrolet may have the Ram 1500 beat on the towing technology, but only just. And, most often, you’re not towing a trailer behind you. Also, If you compare the GMC and Chevrolet pickups to Ram’s truck in terms of sales growth, it’s clear who is winning—Ram.

Over the course of the last year, Ram saw its truck sales rise by a whopping 18.01 percent. The GMC Sierra truck sales? They went up, but only by 5.82 percent and sold in far lower volume. When you look at Chevrolet’s Silverado, sales declined by 1.71 percent. GM outpaced Ram when you combine GMC and Chevrolet sales, but Ram is the obvious winner when looking at these brands specifically. Ford is kind of off by itself at the top at the heap, though it’s market share is declining slightly.

So, why is this? Ram’s truck capabilities are right about the same as GMC. Ram’s 1500 is winning when it comes to interior materials, fit and finish, and features. In other words, it’s more premium than the GMC Sierra.

Don’t get me wrong. GMC makes a heck of a truck, and there are a couple of things that set it apart, namely the option of the CarbonPro bed and the Multi-Function tailgate. Anyone who wants one should buy one. It is a darn good truck with excellent towing technology and some strong engine choices. I reviewed both the full-size truck and the heavy-duty truck recently and came away impressed. I just take issue with the whole premium brand marketing fakery from GMC.

The GMC Sierra is not more luxurious than Ram, Chevrolet, or Ford’s trucks. There’s cheap looking and feeling plastics on the center console and doors. There’s fake wood or plastic where there should be real wood or aluminum.

GMC makes the same mistakes in pretty much all of its other vehicles. Its SUVs have the same shortcomings as the Seirra. They have a General Motors cheapness to the interiors that is anything but premium.

The exception is the new 2021 GMC Yukon. The Yukon is a true luxury machine. There’s real wood on the dash in the right trim levels and the features and interior materials are fitting of a premium brand. If GMC is able to translate its success inside the Yukon to all of its other models over the next few years, it will have made significant progress. As it stands, the Sierra, Terrain, Acadia, and Canyon are all no better than the brands that GMC purports to be a level above.

Check out the image below of the Yukon Denali’s interior. It is a truly premium interior. Now compare that to the image above. Notice all the cheap plastics above? Also, these are press photos, so this is the best the interior will ever look. The GMC Sierra Denali interior shown above has more cheap plastic than a Mattel toy.

With all that said, I have to acknowledge that GMC’s branding works. By calling its vehicles premium—just by calling them that and insisting they’re better or different—the company has managed to stand out, and its products are perceived by consumers and critics alike as somehow better than your regular, run-of-the-mill Ford, Chevy, or Ram.

It’s a smart move by the company. Maybe it’s a case of fake it until you make it. If GMC claims to be premium long enough, maybe the brand will actually become that. Until every GMC interior looks like the Yukon shown above, the brand is, in my eyes, faking it.

Where Perception and Reality Collide

So, at this point, you either agree with me or hate my assertion that GMC is dazzling you with a fancy marketing trick. It doesn’t matter if I’m right or wrong. GMC is winning. The company managed to see a 1.53 percent increase in sales in 2019.

That might not seem like much, but in an industry that saw about 400,000 fewer sales in 2019 than it did in 2018, that’s a feat. GMC is seeing sales growth in an industry that is shrinking a bit. To have positive momentum is important, especially as we really start to settle into 2020.

The company shows no signs of slowing down either. It now has a full lineup of AT4 trim level vehicles (the more off-road focused trim level), Denali vehicles are stronger than ever, and there’s a new 2021 Yukon (shown above).

At a recent presentation, during the quick drive event for the new Yukon, the company said that its average purchase price is actually higher than European luxury brands like BMW and Mercedes-Benz.

So, even if I don’t like it, even if the assertion of GMC as a premium brand doesn’t hold water, in the age of fake news and bald-faced lies, it seems to equal sales. Perception, when it comes down to it, might be all that matters after all.