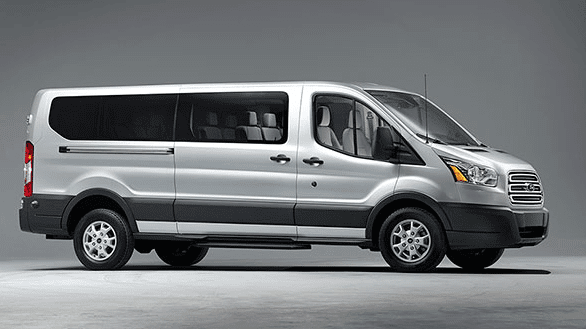 TRANSIT
If a Ford dealer wants to sell the Transit – and Ford dealers are far more willing to sell Transits than Econolines – they need to be prepared to sell 58 different variants. How does a dealer figure out how to stock such a broad lineup? Sales figures certainly suggest Ford dealers have it figured out – the Transit didn’t just outsell all other commercial vans in March 2016, it outsold all minivans, too. – Wards

MODEL 3
Perhaps overshadowed by a nuclear summit, a candidate meltdown, and your own local news was a story that still managed to rise to the top of the business and autos pages last week. Tesla unveiled a new model. Sort of. This isn’t the production version of Tesla’s upcoming model, but everybody still has an opinion on the Tesla Model 3. Here are some of them. – Automotive News

POLESTAR
Though not exactly as well known as AMG or even SVT, Volvo has its own increasingly high-profile tuner. The Polestar S60 and V60 are ditching their 3.0L turbo six-cylinder for a turbocharged 2.0L four-cylinder with 362 horsepower. It’s not your college professor’s 240GL. – Top Gear

TAKATA
Of the 29 million defective Takata air bags that need to be replaced in in-use vehicles on U.S. roadways, fewer than 8 million have visited a service department for replacement. – Reuters

FAST
“For Gen Y, this is what fast looks like: Squat, more hunchback than hatchback, draped on four big wheels brazen with Brembos, blacked-out glass, a face full of intercooler, with mad wing and splitter.” What car is the Wall Street Journal’s Dan Neil describing?