Differences quickly manifest themselves in a comparison of these corporate cousins. Perhaps “cousin” is terminology that Ferrari, the world’s most famous and capable supercar maker, would prefer we drop. However, for cutesy; pointless; but fun comparisons, the Fiat Fiorino Qubo and Ferrari 599 GTB Fiorano pair up wonderfully.

Where the Turin-based Fiat makes do with an ‘I’, the Modena-based Ferrari names its car with an ‘A’ in the midst; after the test track that Ferrari’s Formula 1 racers and road cars have been using for 36 years.
Check the Numbers below to learn about more of the astounding differences between two similarly named vehicles; two vehicles that filter money back to many of the same coffers.
—– 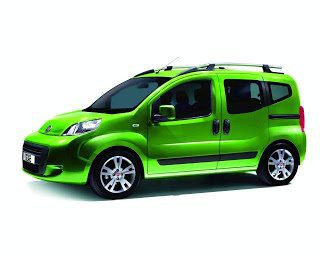 4 – total passenger doors (two rear-hinged) built into the Fiat, double the total of the Ferrari
620 – horsepower available to the Fiorano driver, 545 more than the Fiorino’s 1.3L  generates
13 – number of Fiat Fiorinos you could have for the price of 1 Ferrari Fiorano
39 – extra miles the Fiat Fiorino Qubo 1.3L MultiJet will travel on a U.S. gallon of fuel above and beyond the Ferrari 599 GTB Fiorano
490 – grams per kilometre of C02 emissions exiting the tailpipe of the Fiorano, while Fiat offers a Fiorino that’s already very close (if not past) to meeting the frightening Euro emissions target of 120g/km
10 – turning circle, measured in metres, of the Fiat Fiorino, some 2.5 metres tighter than that of the Ferrari Fiorano