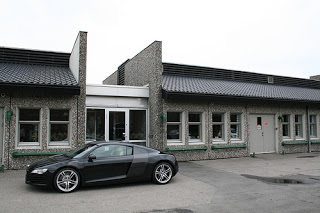 British car enthusiast magazine evo has extended to the Audi R8 the loftiest of honours. Especially considering the evo editors have repeatedly named the Porsche 911 – in various configurations – as the evo car of the year. In a recent comparison between the Porsche 911 C4S, the BMW M6, a Prodrive-fettled Aston Martin V8 Vantage, and the aforementioned Audi R8, evo concluded with the following statement:

“But in the end, purity of purpose and breadth of ability win the day, and no car here – probably none under £100K – expresses the fusion more perfectly than the R8. there are faster supercars, but we can’t think of another currently in production that takes a demanding road apart with quite the surgical precision and cool-browed composure of Audi’s incandescently rapid and hugely desirable R8. It doesn’t matter what kind of road it is – fast and open, twisty and technical, humped, dipped and wickedly cambered – the R8 will blitz any and all varieties of blacktop. What it might be capable of powered by the Gallardo’s V10 will give Porsche, and the rest of the supercar fraternity, sleepless nights. Chances are they’re having them already. So here’s the answer. It’s one we sometimes doubted we’d ever witness, but, for the good of the supercar’s evolution, it could hardly be better. Audi humbles Porsche. A new dawn starts today.” – David Vivian, evo 106…..

….Winners of the special Top 5 week here at GoodCarBadCar included: Toyota’s dependability; five cars worthy of organized crime bosses – cars like the Benz S-class and Cadillac Escalade; five cars worthy of ferrying heads of state, such as the Ariel Atom for Queen Elizabeth; Pontiac G8’s for the California Highway Patrol; and the Hyundai Sante Fe as the #1 small crossover/suv.

….Surprise surprise. The next Mazda6, the second generation, the successor to the successor of the 626, will be bigger. Its V6 engine will also be bigger, by about 500cc’s. Feel free to hope for the best, but this car will likely be heavier in almost every section of the car. Larger overall dimensions necessitate bigger wheels to fill the wheelarches. Bigger wheels are heavier. A bigger car needs heavier-duty suspension parts to deal with the increased weight. A bigger car needs a bigger and heavier engine to overcome the inertia, and also bigger brakes to overcome greater momentum. All of this extra engineering weight tag teams with the extra convenience features that we all ‘need’. So the Mazda may well offer GPS navigation amongst other creature comforts. That adds weight. This may all be untrue; facts that may only apply to other manufacturers. Mazda declares that weight is the enemy, at least in its MX-5 Miata advertising. Weight also appeared to be the enemy when Mazda introduces its latest 2 subcompact in other parts of the world – a car that weighs less than its predecessor…..

…. In the second quarter of this year, General Motors home market sales were down 7 percent. During that time, 58% of GM’s sales were in countries other than America. Meanwhile, over the last 6 months, Toyota has sold more cars than the General. However, General Motors made a charge from April through June, selling 2.41 million vehicles to Toyota’s piddling 2.37 million. GM’s bad news in America isn’t nearly as bitter a pill to swallow when the company had such a terrific spring….. 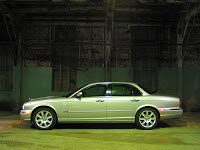 , Buick, Cadillac/Lexus. Volkswagen, Suzuki, Isuzu. What do the first four do that the last three don’t? Keep their customers happy at their dealerships for up to at least three years. People who bought or leased cars from 2004-2006 say that Jaguar customer service ranks at the top, with Buick in second and Cadillac and Lexus tied for third. VW, Suzuki, and Isuzu are the lowest ranked brands in the J.D. Power Customer Service Index. Toyota, Chrysler, and Ford ranked below average, while GM brands like Chevrolet, GMC, Pontiac, Saturn, and Hummer were better than average. So were Lincoln and Mercury….

…. In what appears to be an Ferrari 360 Challenge Stradale replacement, the

Ferrari F430 Scuderia weighs 220 pounds less than the regular F430. Even Ferrari says that the new Scuderia represents the zenith of Ferrari road cars. 510 horsepower derived from the same 4.3 litre V8 compares with 483 offered up by the run-of-the-mill F430 (More pics below)……

…. Audi says its next generation of diesel powered passenger cars, to debut in 2008, will be the cleanest in the world. Fairly powerful too. An A4 with a 3.0L diesel will make 240 horsepower and 369lb-ft of torque. The same engine in the Q7 will make over 400 lb-ft of torque. Audi believes that these diesels will be clean enough to exist even under Europe’s future emissions regulations. Add all this to a start-stop system and the effort to capitalize on coasting and braking as a way to store power, and you have highly efficient cars. Cars which already have one characteristic that ranks highly on GCBC’s list of best qualities for automakers…..

….. Back to evo. Contributor Gordon Murray, one of the foremost automotive engineers in the world; famous for the McLaren F1 and McLaren Formula 1 cars, makes a few interesting points in evo’s recent comparison between the Toyota Prius and a Fiat Panda. The Panda would likely compete with Honda’s Fit and the Toyota Yaris were it to be available in North America. Contrasting the Panda 100HP, a £9995 car, with the £20,677 Toyota Prius showed the Panda to be 13.2 seconds faster around a 1.8 mile race circuit. It also used 4.88 more UK gallons of gasoline than the Prius over 502 miles. The Prius would need 1,102,850 miles to recoup the extra cost of the car. (The Toyota possessed an on-board computer that turned out to be 7% optimistic in regards to its fuel consumption, the Fiat was far more accurate.) After this 502 mile test, the Prius was 18.5 mpg down on what its projected fuel economy is purported to be, the Panda just 0.9mpg off.

“But it’s not all about cost,” I hear you say. No, it’s the effect on the environment, right? So in comes Gordon Murray. After a lengthy overview of the facts, Mr. Murray says this: “So on top of the fuel consumption and CO2 emissions, the Prius relative to the Panda is probably at least 50% more damaging to the environment in the first few years of use when manufacturing and recycling damage is included. For a Prius, the CO2 produced in its manufacture is equivalent to about seven years’ use on the road.” Murray suggests that any car needs to be driven for many years before the CO2 damage from vehicle use equals the damage done by manufacturing and recycling the car, thereby throwing a dart into what the media and politicians consider to be the main issues – that of fuel consumption and CO2 emissions. “26 tons of waste are produced extracting the raw materials for every car we manufacture”, the F1 designer says, “then 1.5 tons of solid waste and 74 million cubic litres of polluted air are produced during the build process.” Read ‘Truly, Verifiably, Genuinely Green Cars for more info like this. 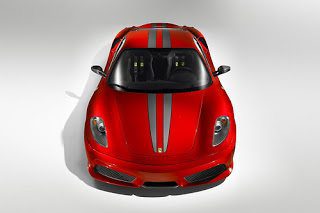 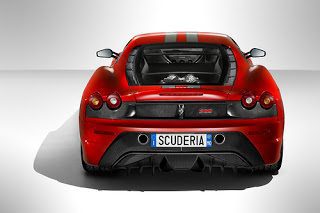