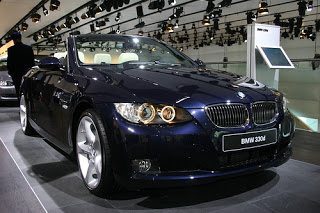 BMW thinks that maybe you’ll be able to buy their terrific diesels – at least some of them – in North America, by the end of 2008. Maybe.

A huge portion of BMW’s American sales are in five states that are diametrically opposed to diesels. Mercedes-Benz says they can overcome the emissions requirements posed by California (and thus New York, New Jersey, Connecticut, and Massachusetts.)

Audi knows they’ve also got to jump on the boat, and they’ll do so on the back of its parent, Volkswagen, a company that’s always been strongly linked to diesels in North America. In light of this, GoodCarBadCar presciently decided to profile a few BMW diesels in order that your buying decisions come 2009 would be that much easier.

2.0 litres, four-cylinders, 163 horsepower. Sounds about right for a nice and clean Honda four-cylinder doesn’t it? In fact, those stats represent a BMW diesel, which has more horsepower per litre than Honda’s 1.8L four-cylinder that Canadians and Americans love to buy. Consider torque per litre, though, and the pendulum of power swings toward BMW’s diesel. Turbocharging that 2.0L provides you with an extra 54.5 pound-feet of torque per litre over and above Honda’s common gasoline-powered four-cylinder. (Be informed, Honda plans to diesel us in 2009 as well, and their four-cylinder D cars are already renowned for smoothness and economy.)

3.0 litres, six cylinders, 272 horsepower. Toyota, Nissan, and General Motors all make V6’s with that kind of power, and typically need around 3.5L and gasoline to do it. 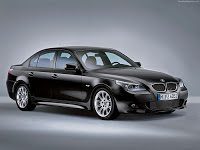 This too is a BMW diesel, with twin turbochargers and 413 lb-ft of torque. On the European combined cycle, this engine can sip just 35.3 mpg in a 5-series. That same cycle sees a 550i achieve 25.9mpg with its extra 90 horsepower (and 52 fewer lb-ft of torque). Admittedly, a standing start acceleration run would show the 535d to be the slower car. Once traveling, the diesel would likely show the gasoline-powered 5-series its taillights. In the UK, the diesel is substantially cheaper than the gas V8.

Remember that first 2.0L four? I should hope so; it’s only two paragraphs in the past. In the 1-series, BMW de-powers this diesel to 143 horsepower and 221 lb-ft of torque. Benefits of this depowering? That Euro fuel economy cycle shows the 118d at 52.3 and 62.8 mpg.

—
Curious about those numbers? Energuide.ca, Canada’s home to fuel ecomomy stats, says a Porsche Cayman will achieve between 28/42 mpg, city/highway. Fueleconomy.gov, where the United States shares its fuel ecomomy numbers, says the same Cayman will do 20/29, city/highway mpg. The EU’s combined rating pegs the same 5-speed manual Cayman at 30.4 mpg.
—

BMW’s V8 diesel is smallish by V8 standards at around 4.4L. 330 horsepower and 553 lb-ft of torque isn’t too shabby though, is it? I’d say that’ll do. Fuel economy for this V8 diesel, when positioned in the 7-series, achieves almost the same fuel economy as the Porsche Cayman mentioned above. Impressive, if I do say so myself.