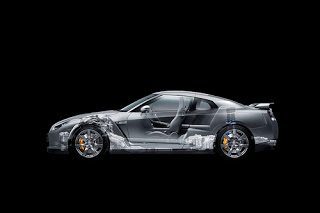 Thanks to Edmunds.com’s Inside Line, we now have acceleration times for the Nissan GT-R. Granted, 0-60mph isn’t everything. Sometimes it’s misleading; pointless; and impossible to replicate.

However….. the GT-R hit 60 in 3.3 seconds at a test track in Japan. As far as Edmunds.com’s testing goes, that’s faster than a Porsche 911 Turbo, Chevrolet Corvette Z06, and Dodge Viper. Does 0-60 testing matter?

We’re talking about some of the highest performing cars in the world. The GT-R races to 60 in a Ferrari 599 at a fraction of the price, but does so in style and with plenty of technology. It also does so with the Nissan version of launch control – the engine computer holding revs at 4,500rpm until the driver releases the brake – without which the GT-R needs 4.0 seconds to hit the magic number.

Again, does 0-60 testing matter? Does cupholder counting in a minivan make any difference? What about the ultimate fuel efficiency of subcompacts or the trailer-towing capability of pickup trucks? Everything needs context, and when the context is Z06, SRT10, GT-R, and 911….. yes, 0-60 testing is worth the bother.

By the way, the GT-R ran the quarter in 11.6 seconds at 120.9mph. Expect the American car mags (Car&Driver, MotorTrend) to have a chance at topping these Inside Line numbers.