Take a look at The Good Car Guy’s posting of automobile sales in Canada last month and you’ll spot a very good trend for Toyota and its Lexus luxury outpost. Toyota, by the way, doesn’t offer its Scion brand north of the border.

If, and it’s not a very big if, Toyota manages to post a repeated gain next August of 30% increased sales while at the same time General Motors posts a decrease in sales of 17%, as both did last month, then Toyota Canada will sell more vehicles than General Motors Canada in August of 2009. Perhaps it’ll come before that. One way or another, it’s not inconceivable in the least.
Now, automotive sales in Canada aren’t what they are below the 49th parallel. Not only is the Canadian populace ten times smaller, but their gas prices are higher and tendency towards smaller cars greater. Automakers, therefore, don’t make as much money here. However, while overall vehicle sales are falling rapidly in the United States, the Canadian market is soaring to new heights. This is best represented by – you guessed it – Toyota and Lexus. Here’s a closer look at their 29.3% increase in vehicle sales this August.
—–
23,204 – total vehicles sold by Toyota Canada in August of 2008, all but 22,037 being badged as a Lexus
14.5 – percentage increase in Lexus sales during August/2008 compared with August/2007
30.2 – percentage increase in Toyota sales during August/2008 compared with August/2007 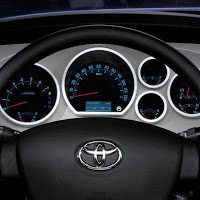