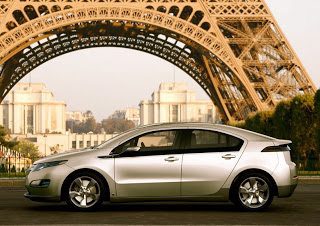 Completed almost 110 years ago, Gustave Eiffel’s radio broadcasting and observation tower, one of the world’s most famous free-standing structures, now sits over a new engineering marvel. Ironically, French automaker Citroen made use of the Eiffel Tower with 250,000 lights spelling out the company name in 1925.

Now a foreign manufacturer has pictures on the internet of the Chevrolet Volt, Chevrolet Cruze, and Chevrolet Orlando in a not-so-subtle way of showing their rightfulness in the world market. Few European elements are as un-American as the Eiffel Tower. Even with a replica in Las Vegas, this Paris landmark forms a barrier that speaks volumes about the differences between the United States and, really, the rest of the world.
Dominant in so many things, America’s automotive capabilities have not measured up in Europe. General Motors wants that to change with the Cruze and Orlando. The Volt, meanwhile, should stand as a symbol of GM’s ability to find solutions with R&D and, to be frank, determination.

GM would like to be seen for what it once was, the largest home of automotive innovation and engineering. If BMW, Mercedes-Benz, Honda, and niche manufacturers continue to be the focus of regard, how can General Motors conquer markets where once it was competitive?
As pictures of the GM’s desired future then, the Volt and Cruze and Orlando sit in a place where 200,000,000 people have toured, the world’s most visited paid monument. 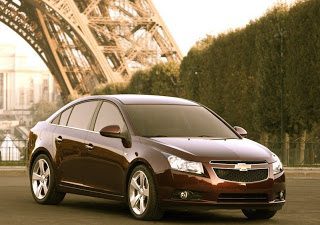