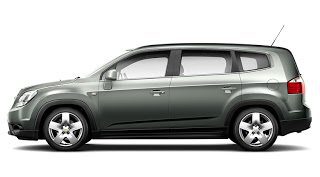 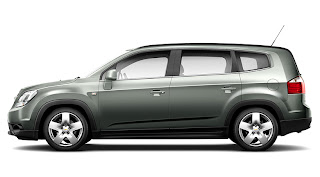 Styling is not the leading factor in the purchase of a minivan. That’s not to say a vehicle’s exterior design means nothing to a minivan buyer, but the design of a minivan’s interior means more to the average consumer. 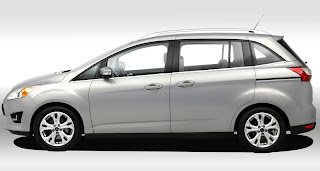 Downright odd from some angles, the Cruze-based 2012 Chevrolet Orlando is sometimes handsome, sometimes classy, always boxy enough to be truly spacious. General Motors will not be sending the Orlando into U.S. showrooms, but Canada, a market which is still offered the Kia Rondo, will see the Orlando presented. The innovative 2012 Ford C-Max will soon be making its way from Ford Of Europe to North America. Meanwhile, the mini-minivan field’s most known face is the Mazda 5, a vehicle which has recently undergone a major facelift while skipping the 2011 model year. The 2012 Mazda 5, a vehicle that’s been a member of The Good 12 in the past, suddenly faces challengers where it once had none.

Since styling is clearly not the major component of of a minivan purchase decision, GoodCarBadCar.net has gathered some numbers for your perusual. Primary dimensions of the Chevrolet Orlando, Ford C-Max, Mazda 5, and Kia Rondo are in the table below.

These four vans (the Orlando doesn’t have sliding doors and thus can’t be considered by some to be a van in any sense) aren’t segment busters: remember the Mitsubishi Colt and Honda Civic? There’s a whole continent full of currently produced mini-minivans like the Renault Grand Scenic, Citroen Grand C4 Picasso, and Toyota Verso –  Europe is not Honda Odyssey friendly.

What you have, then, are good products with good intentions and even some pedigree, competing in a market where, up to this point, previous editions haven’t been overwhelmingly successful. Kia gave up on the Rondo in the United States. Mazda owned just 8% market share in minivan-hungry Canada last year, although that total wasn’t far off the Toyota Sienna’s or Honda Odyssey’s. Throwing mainstream badges like the Blue Oval and Bow Tie into the mix will be a boon for sales.

° including roof rails. ^ Up to windowline, third row folded. ^^ 5-seat mode, laden to roof, with tire repair kit. * Behind second row. ** Third-row down. Length/Width/Height/Wheelbase measurements are in inches, cargo volume is cubic feet. 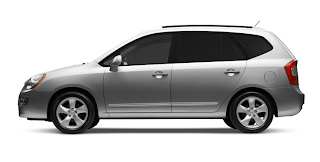