It seemed so obvious when introduced at Christmastime in 2010. Why not take the best bits of the modern automotive gas-electric hybrid and marry them to the perks of an electric car?

The Chevrolet Volt was engineered to merge the internal-combustion past with the all-electric future. The Chevrolet Volt, General Motors believed, would deliver the benefits of an electric car — emissions-free driving, hilariously inexpensive commuting, torque on demand — without the range limitations and inconvenience believed to be a part of the electric lifestyle.

The Chevrolet Volt fulfilled GM’s goals from a design perspective. Critically acclaimed, the first-generation Volt seemed eminently prudent, entirely realistic, and definitely consequential. Yet for a company that hoped to sell more than 50,000 copies annually in the United States, the Chevrolet Volt has attracted an average of only 21,100 per year and will likely not sell 20,000 in 2017. That’s despite the launch of an improved second-generation model with more power, more range, and more features.

Huh? It hardly makes sense. If the Volt was the future brought into a present, why aren’t early adopters lining up outside Chevrolet dealer doors? 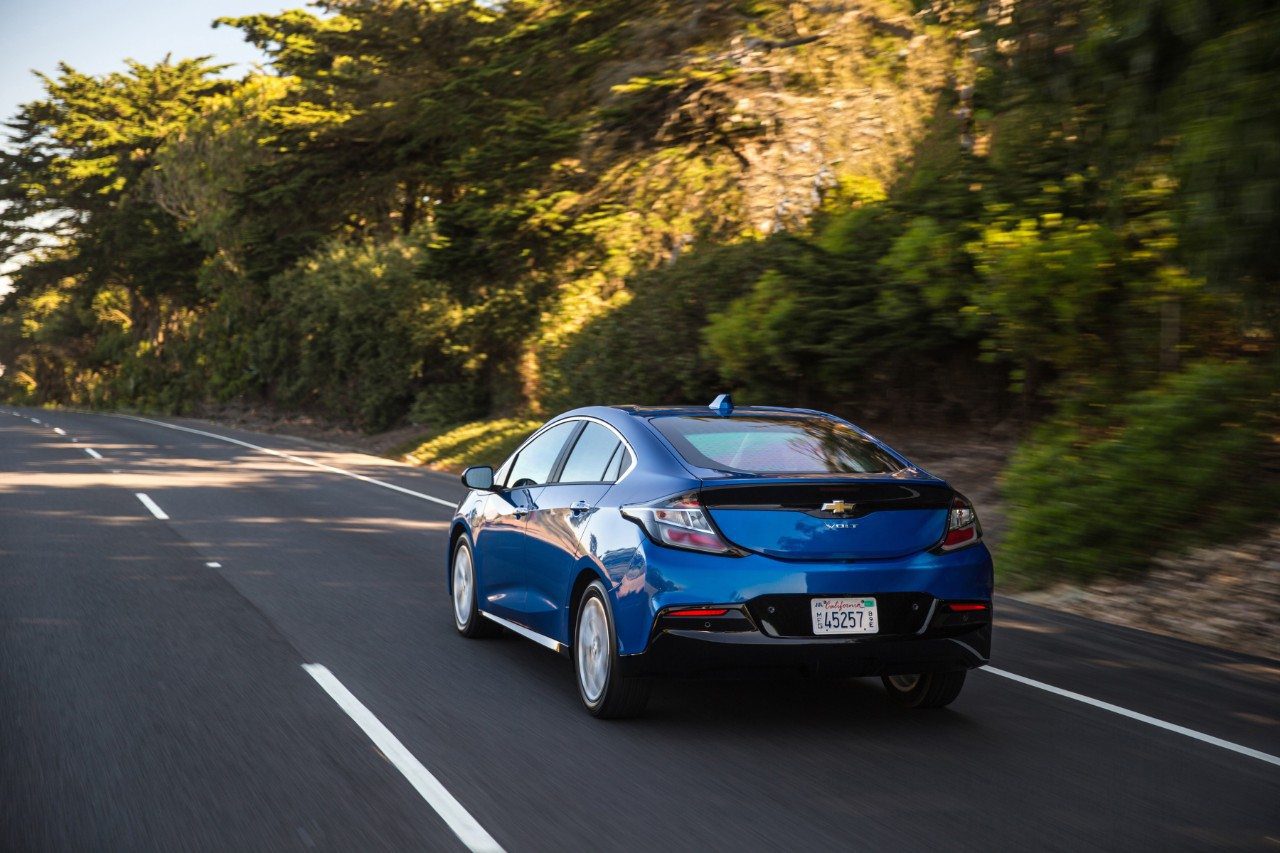 Blame the future’s second, pure electric coming. The Chevrolet Bolt, a strict EV with 238 miles of range and even more critical acclaim, has slowly increased its popularity as availability grew nationwide. The result is five consecutive months in which the Bolt has outsold its Volt forerunner. And not by a small margin.

General Motors has reported 8,400 U.S. sales of its all-electric Chevrolet Bolt but only 4,517 plug-in hybrid Chevrolet Volts, an 86-percent gap in favour of pure electricity. That’s nearly twice as many Bolts as Volts.

While November 2017 was the best month ever for the Chevrolet Bolt, with 2,987 total U.S. sales, November 2017’s Volt performance was down by a third compared with November 2016. A year ago, the Volt accounted for 18 percent of America’s total plug-in vehicle market. That figure fell to 10 percent in November 2017.

Of course, that market share tally is due in part to the increased competition, not the least of which is the Chevrolet Bolt, which was by far America’s best-selling plug-in model in November 2017. The Toyota Prius Prime, the second-generation plug-in hybrid Prius, produced 1,834 sales last month, topping the Volt for the fifth consecutive month. (The Prius Prime is also outselling the Volt on a year-to-date basis now.) A number of higher-end plug-ins also saw huge November sales improvements, as well: BMW X5, 7 Series, 5 Series, and 3 Series sales, for example, nearly quadrupled to 2,398 units.

Always worthy of note is the collective rarity of cars that plug in. According to HybridCars.com,  plug-in hybrids and EVs accounted for 1 percent of all U.S. new vehicle sales in November. Perspective? Greater than 5 percent of the U.S. market, meanwhile, can be traced back to the Ford F-Series line of pickup trucks.

While the Volt has lost all of its initial momentum, what little momentum there was, the Volt did serve to solidify a level of General Motors acceptance in the plug-in market. Consequently, General Motors does have a surprisingly strong grip on America’s plug-in/electric market, claiming 28 percent of the sector in November 2017.