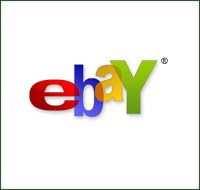 eBay is proving the true market value of the upcoming Dodge Challenger. The SRT8 version, with which a gas-guzzler surcharge is automatic, will feature an MSRP around $40K. Although the full production design of the Challenger hasn’t even debuted yet, dealers are collecting orders. Dodge accepts orders from dealers only when they have a customer name and address.

Muscle-car buyers – more so than the buyers of most other types of vehicles – appear to be more urgent than any other group. This phenomenon occurred with the Shelby Mustang and could well occur again with the Chevrolet Camaro. Who knows? 2010 Challenger’s could see a power upgrade to maintain sales momentum, and all these overpayers will have spent a lot more $ per horsepower.