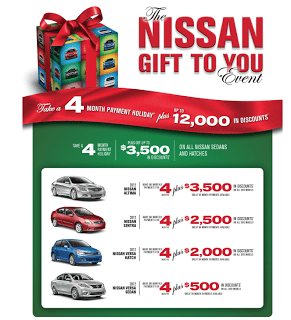 Of the 121,000 new vehicles acquired by Canadians in November 2011, 43% were sold by U.S. domestic manufacturers. Admittedly, a handful of that 43% portion was grabbed by an Italian, but you get the point. The Detroit brands owned 46% of Canada’s new vehicle market in November 2010.

Toyota’s increase was small but surely still enjoyed at the company’s Toronto headquarters. After the kind of year Toyota’s had, any good news is treated like great news. Hyundai and Kia fell back from 12.3% market share in October – which was down from 13% in September, which was up from 12.3% in August – to a still impressive 11% in November. Honda Canada surged forth from the sub-9% basement in October to 10.4% last month. Volkswagen lost half a percentage point as sales of the new Passat dropped 31% from October’s 659. Nissan, with 0% finance rates stretching through to next century and payment four-month-long payment deferrals and cash back offers, increased its share of the Canadian market from 4.8% to 5.3%.

Last month’s Canadian auto manufacturer market share chart can be viewed here. Detailed sales figures for every brand competing in Canada are in the auto sales by brand post which was published Thursday. Monthly and yearly sales numbers for every model currently on sale in Canada can be accessed through the dropdown menu at the top right of this page… for free.