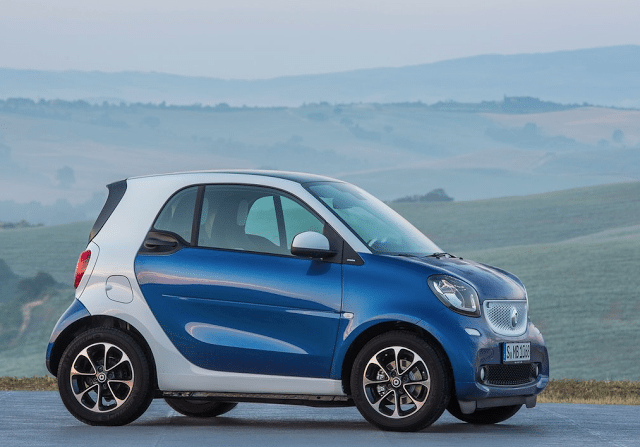 LEASING
32.3% of the new vehicles “sold” in America in February 2016 were delivered by leasing customers, more than four points higher than the percentage of new vehicles leased in 2015. Which auto brands push the highest percentage of their customers into leases? Smart, Maserati, and Infiniti. – Wall Street Journal

SUVs > CARS
Through the first two months of 2016, Canadians have registered 18% more new SUVs and crossovers than cars. Cars now account for less than one-third of the Canadian market, down from a majority hold in 2009. – Autofocus

SUBPOENAS
The only thing worse than spelling s-u-b-p-o-e-n-a is receiving a subpoena. And you guessed it: the U.S. Justice Department delivered subpoenas to Volkswagen in relation to a bank fraud investigation. – The Globe And Mail

NEW E-CLASS
evo magazine says the new Mercedes-Benz E-Class, the fifth in a long line of midsize Mercedes-Benzes, “is the most refined and relaxing car in its class by a fair margin.”

PACIFICA
There’s a new minivan on its way, and according to the EPA, it’s neither the most efficient people carrier nor the least. The Chrysler Pacifica inherits its 3.6L V6 from its Town & Country predecessor. But in place of the six-speed automatic is FCA’s nine-speed automatic, a transmission we’ve detested in the past. This helps the Pacifica find segment-leading (tied with the Honda Odyssey, one of which we’ve paid for with our own money) highway fuel economy, though it’s not as efficient in the city as the Nissan Quest or Honda Odyssey. Want comparisons?

We now have EPA fuel economy figures for the 2017 Chrysler Pacifica. Some comparisons: pic.twitter.com/I8YTcTriqS

WATCH
We told you yesterday about an early review of the 2017 Kia Sportage from Car & Driver. “Body roll isn’t extravagant, but response to driver inputs is unhurried, particularly with all-wheel drive, which is substantially—and noticeably—heavier,” Tony Swan wrote. With those impressions in mind, here’s the most thorough and detailed 2017 Kia Sportage video review on YouTube from Alex On Autos.