Tough times are upon us. Today’s children will grow up linking “stimulus package” to any thing that needs assistance. House values are shrinking. Home sales are down. Retail stores are suffering. Vehicle sales are tumbling. Uh-oh.

With sensitivity to those who’ve lost their jobs (129,000 Canadians and 598,000 Americans in January) and are not likely to be found scouring new car dealerships for deals and steals, let it be known that now is the time to buy. “Reasoning, if you please?” say ye.
It’s simple… really. Never in my time of writing about cars have automakers been so desperate for sales. For proof, check out the Numbers below.
—–
2,714 – “cash on the hood”, measured in USD, of the average new vehicle sold in American in January of 2009
5.2 – percentage drop in the average incentivization on new vehicles from December to January, but still up 12.5%, says Edmunds.com
27 – percentage of new vehicles sold in January to be labelled officially as MY2008 vehicles, more than double the percentage of MY2007 vehicles sold in January of ’08
3,438 – average “cash on the hood” in January, measured in USD, of Chrysler, General Motors, or Ford products
3,297 – average cash incentives, measured in USD, of European-branded vehicles sold in the United States in January
2,963 – average cash incentives available for Hyundai and Kia products sold in January, measured in USD
1,775 – average cash incentives provided by Japanese manufacturers in January, measured in USD
1,900,000,000 – the automotive industry’s estimated aggregate incentive spending for January 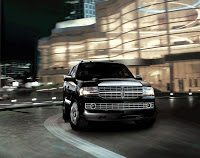