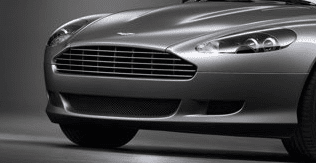 DO ALL ASTON MARTINS HAVE TO LOOK ALIKE? RAPIDE GALLERY 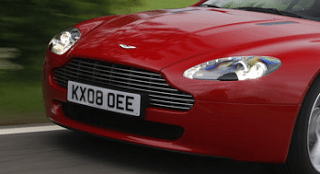 That being said, why must it be styled to look exactly like all other current Aston Martins? There’s this interesting Porsche dilemma that doesn’t faze the designers in Gaydon, Warwickshire one bit. See, at Porsche, each new model is supposed to look like the 911 Carrera, only as an SUV (Cayenne) or sedan (Panamera). Unfortunately, Zuffenhausen’s designers can’t make it happen. Conversely unfortunate at Aston Martin is the designer’s innate comprehension of what an Aston is “supposed to look like” and their spectacular ability to make the DB9 a supercar (DBS) or a smaller 911 competitor (V8 Vantage) or, as seen in the Gallery below, a four-door sedan….. er, hatchback. 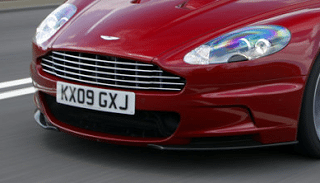 And then, this company which designs and manufacturers some of the planet’s most beautiful cars needs an ultra-exclusive front-engined British alternative to the Lamborghini Reventon. Thus, 77 examples of the One-77 are sold off to willing supercar connoisseurs. What do these cars look like? Ah, this time Aston Martin exaggerates the family look. How inventive.
Whilst I complain about this unnecessary design kinship, Aston Martin is becoming an increasingly successful company. At the same time, arguments start up every time Ferrari introduces a new car. Antagonists and apologists debate the merits of a new controversial Ferrari design. Then Ferrari goes on to sell more of the new car than they were able to sell of its predecessors. Perhaps it’s useful for your cars to look like red-blooded Italian supercars without looking like triplets who were born in different calendar years. 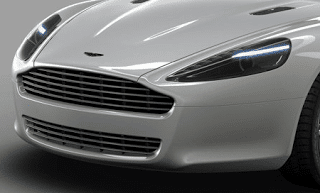 Is there any sedan available today with greater pull-up-at-the-Ritz presence than Aston’s Rapide? Certainly not the Mercedes S-Class or Jaguar XJ. Only certain (more expensive) Bentleys and Rolls-Royce Phantoms could compete. Notwithstanding its good looks, the future must hold something different for some of Aston Martin’s cars lest we all ignore the brand for boredom. 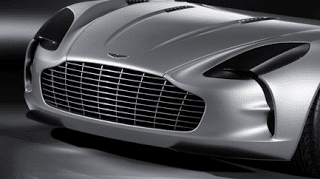 From the top, the very similar front ends of the Aston Martin DB9, V8 Vantage, DBS, Rapide, and One-77.