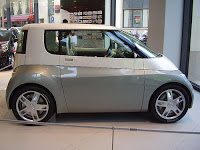 ‘Two fewer selling days’ was part of General Motors reasoning for their drop in sales this April, as compared to April of 2006. GM’s sales dropped 9.5 % to 307,554 but with two less days to sell cars, their daily selling rate was down just 1.9 percent.

DaimlerChrysler was a rare example of improvement this past month. Sales of the Chrysler Group cars were up 2%, even as Toyota; Honda; Nissan; Hyundai; and Kia dropped.

Average sales capitulation for those five Asian automakers was 8.7%, a number that reflects negatively on Toyota and positively on Nissan. Purchases and leases of Toyota’s dropped only 4.3%, while Nissan’s went down 18 percent. Honda, Hyundai, and Kia regressed with percentage drops of 9, 5, and 7 respectively.

Ford Motor Company sold 12% less F150’s, which seriously inhibits any chance of growth. Therefore, Ford’s numbers were down 13% as a whole. The intentional drop in fleet sales can only be considered a small part of Ford’s overall plummet. (See story here.) Ford sold to fleets at a 5% slower rate in April of ’07.

If you decide to buy yourself a city car in 2009, would you stick with the obvious choice (below) or try something new (right) ? What if something new was a Toyota Endo and could potentially seat more than two?

ring momentum, and the common thinking is that Toyota will produce an Endo-like city car sometime in 2008. The Endo concept was a 3+1, with a small seat behind the passenger and a child-sized perch behind the driver. The Endo would be a healthy 16 inches shorter than Toyota’s already small Aygo.

Mix a little Toyota quality and dependability with a terrific concept, and you may have a winner.

Add Hyundai to the growing mix of diesel believers for America. DBA is a growing group. Hyundai has a desire to produce a 50-state compliant diesel engine by ’09 or ’10, specifically for the Veracruz. A 240bhp torque monster would do quite well in a Tiburon or Sonata, too….. The Gaffoglio Family Metalcrafters added 12 inches to the midsection of a Lamborghini Gallardo. What righteous cause could they find? Shaquille O’Neal. Hopefully that’ll cheer up the big man after getting swept out of the playoffs….. Apparently the keys to a Volvo XC90 are at the bottom of the ocean with $50,000 in gold doubloons…. If you are pregnant, do deliver your child at 2:03:04 on 05/06/07. The birthing parents closest to that time – a sequence that will not happen again for a century – could receive a new Chrysler Sebring. Ask the concept facilitators to make it a 300C instead.