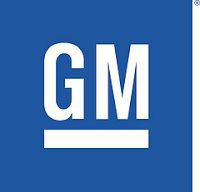 All those zeros you see in the title represent a speculative, hypothetical number that General Motors could pay to its 74,000 hourly employees who ply their trade in the United States.  Just how many workers is 74,000?  That’d be the complete American hourly workforce of General Motors.

With the new UAW agreemement, GM hopes it can pay current employees to…. er, leave.  Some may even agree to take $140,000 (which would raise that speculative number above) if they’ve worked for GM for more than ten years and will agree to waive any pension or healthcare possibilities.  GM would need to hire new workers, but that new UAW agreement enables them to do so at lower wages.
Likewise, Ford is offering buyouts to its complete 54,000 American hourly workforce.  Chrysler is using the same procedure but only in specific factories.
Some of General Motors’ employees – those close to retirement – could take between $46,000-$62,500 to get movin’.  The attractive $140,000 figure aforementioned would be cut in half for those hourly workers who will ‘sever ties’ but have worked for the company for less than 10 years.