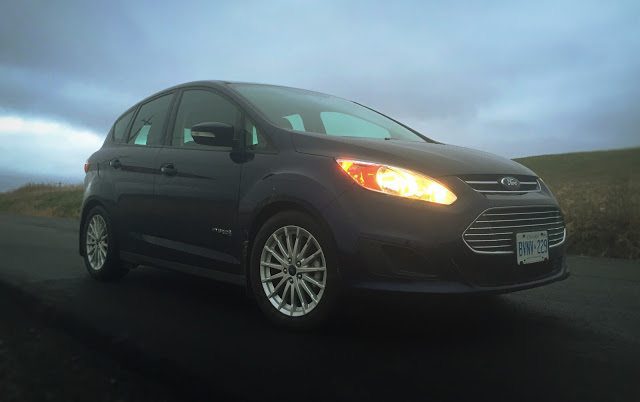 Over the course of one week driving the 2016 Ford C-Max Hybrid SE, the Ford’s onboard computer declared that 107 of the 211 kilometres we drove, 51 percent, were completed on electric power alone.

As a result, the C-Max consumed only 5.1 litres of fuel for every 100 kilometres of mostly urban driving, equal to 46 miles per gallon on the U.S. scale.

Ford originally – and incorrectly – linked the C-Max’s fuel economy to that of the more aerodynamic Ford Fusion Hybrid.

10.77 litres of $1.00/L gasoline for 211 kilometres of driving in a family hatchback sure ain’t bad. Rather than the 5.0 L/100km achievement we saw three years ago, this year’s test in the less handsomely equipped C-Max Hybrid SE resulted in one-tenth of a litre of additional fuel for every 100 kilometres of travel. The fuel pumps at our local Irving filling station agreed with the C-Max’s onboard computer: 5.09 L/100km. 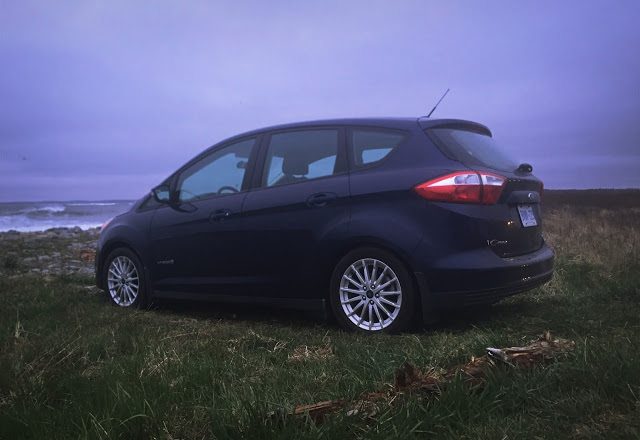 The numbers are impressive given our unwillingness to drive the C-Max differently than we would other cars. Because of its supple ride and communicative chassis, the C-Max doesn’t ask to be driven in an environmentally-friendly fashion.

Indeed, even with eco-minded tires and Ford Focus-based underpinnings that lack any Focus ST or Focus RS stiffening, the C-Max would rather be driven quickly down a twisty rural road than hypermiled through city traffic.

Still, here we are with two consecutive tests in which the Ford C-Max Hybrid overperformed.

Driving styles, of course, aren’t the only factors to consider. This test of the C-Max required very little HVAC operation because of not-too-warm/not-too-cold spring temperatures along the Atlantic coast of Nova Scotia. And while our driving does take place in the suburbs and city, there is very little traffic and a fair number of 60 kmh cruises, sans stoppages.

Thus, like the EPA and Natural Resources Canada’s Office Of Energy Efficiency, we’re not telling GCBC readers that you will match the figures we’ve seen from the Ford C-Max Hybrid. But we also won’t deny that the efficient behaviour of our 2013 Ford C-Max Hybrid was matched by a 2016 Ford C-Max Hybrid.

Speaking of things we won’t deny, there’s no escaping the fact that the Ford C-Max arrived in late 2012, and it must now compete with an all-new, fourth-generation Toyota Prius.

The new Prius has combined fuel economy ratings of 4.5 L/100km, or 52 mpg from the EPA. (There’s very little difference in a typical driver’s at-the-pump money costs once cars become this efficient.) But in addition to the new Prius’s efficiency gains, the Toyota remains the obvious choice. Like Kleenex and tissue, Band-Aids and bandages, the Prius is hybrid.

And now, the Prius is a more modern device. We’ll have a full review on the new 2016 Toyota Prius in the next couple weeks, but there’s no doubt the C-Max SE’s superior dynamic qualities aren’t able to completely overcome an interior lacking more modern Fords’ control layout or feature count.

Not only was this $28,824 2016 Ford C-Max SE lacking keyless access, the key was a bulky item that didn’t fold up to better fit inside a pocket. Moreover, the buttons for remote starting were on another fob altogether.

‘;
document.getElementById(“vinads_div”).innerHTML = lfAd;
}
});
These would have been odd complaints a decade ago; they’d have suggested inordinately lofty expectations at the C-Max’s 2012 debut. But now we’re mid-way through 2016, and the game has moved on.

The C-Max also lacks the spacious cargo area you’d expect from one of Europe’s mini-MPVs, because the hybrid’s lithium-ion battery pack elevates the height of the cargo floor.

Nevertheless, with manual transmissions disappearing and ride heights rising and autonomy becoming a part of everyday cars, it’s a pleasant surprise to have fun in an efficient small car. It’s something with which owners of Volkswagen Golf TDIs are familiar. Driven like it’s capable of being driven, the Volkswagen Golf TDI doesn’t suffer on the economy front.

Neither, apparently, does the 2016 Ford C-Max. But this is an efficient car that you can actually buy.

Timothy Cain is the founder of GoodCarBadCar.net, which obsesses over the free and frequent publication of U.S. and Canadian auto sales figures. Follow on Twitter @goodcarbadcar and on Facebook. The C-Max was supplied by Ford Canada’s press office.