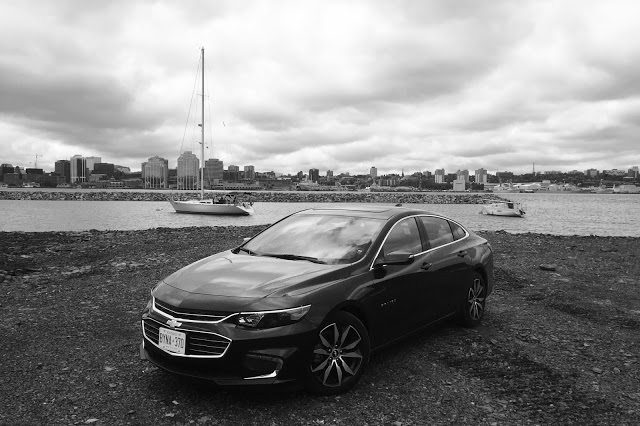 Times have changed. Expectations have been altered.

Not only is GM Canada no longer the force it was then – GM’s Canadian market share is currently 13.1%, down from 25.9% in 2006 – but the midsize sedan market has taken a tumble.

The Malibu and its rivals, a list which no longer includes the G6 from GM’s defunct Pontiac brand, will struggle to generate 100,000 Canadian sales in 2016, a 40% drop over the course of a decade.

Under the midsize segment’s cloud, GM is releasing an all-new Malibu. The intermediate car market may be shrinking both north and south of the border, but it’s still a vast and highly competitive market in the United States.

GM could sell more than a quarter-million Malibus in the U.S. this year.

There’s no point giving up on such volume simply because 460,000 buyers will choose a GM small SUV/crossover instead; particularly now that GM has completely sorted out how to make a midsize sedan handle and ride very, very well, indeed.

WHAT IS IT?
General Motors began building Chevrolet Malibus in 1964, took a 14-year break, and then reinstated the nameplate in 1997. This Malibu, however, is not the Malibu of 1964. 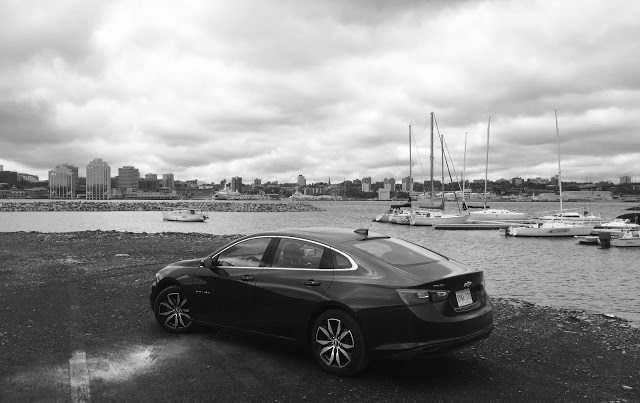 Nine generations on, the 2016 Chevrolet Malibu is a successor to the poorly received and short-lived eighth-generation Malibu of 2013-2015, a car GM quickly refreshed and has now quickly replaced. Righting wrongs is not a bad business strategy.

In Canada, 2016 Chevrolet Malibu pricing starts at $23,495 for the Malibu L: 16-inch covers on steel wheels, no backup camera, no heated seats.

HOW BIG IS IT?
The ninth-gen, 2016 Malibu may look as big as Chevrolet’s true big sedan, the Impala. But it’s not.

Not quite. The Impala stretches 7.5 inches farther, bumper to bumper. Total interior volume isn’t that different, but the Impala’s trunk is 19% larger. On the other end of the Chevrolet equation, the Cruze, also new for 2016, is ten inches shorter than the Malibu, bumper to bumper, and carves out 6% less cargo space and 9% less passenger volume.

The Malibu’s top-selling rival, Toyota’s Camry, is smaller than the Malibu, as well. At 190.9 inches long, the Camry is 2.9 inches shorter. The Toyota is also 1.3 inches lower. Official specs say the Malibu offers a slightly larger trunk and a slightly larger interior. A typical 4-cylinder Camry tips the scales with 174 extra pounds compared with the featherweight Malibu. 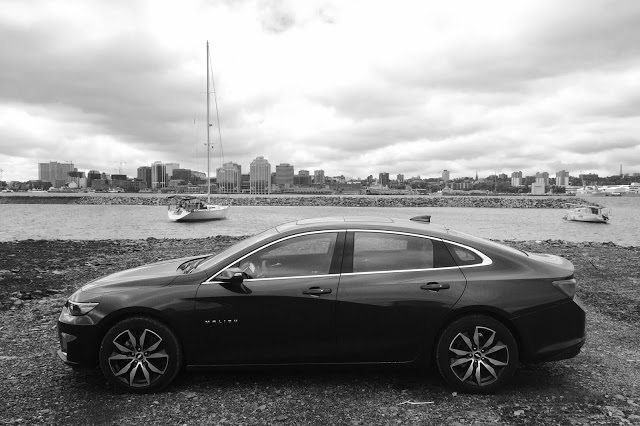 DOES IT WORK?
No automaker sells more midsize cars in North America than Toyota. The Toyota Camry doesn’t make hay by providing mainstream car buyers with an upmarket, luxurious interior full of premium textures and materials inherited from its Lexus ES sibling. But while the Camry lacks the interior style and material quality we’re increasingly seeing from rivals as varied as Mazda, Chrysler, Honda, and Volkswagen, Toyota can fall back on a peerless reliability record and acceptable levels of execution in every other facet.

Unlike the Mazda 6 GT we drove last week, the Chevrolet Malibu – like the Toyota Camry – does not have a cabin made to rival entry-level luxury brand sedans. The door plastics are so hard you won’t want to rest your elbow there. The seats aren’t sufficiently bolstered. The climate controls are far too basic (and blissfully straightforward) to resemble anything a luxury brand would offer. Manual shift mode is engaged, stupidly, via a button on the top of the shifter. GM persists with rubbery switches on the steering wheel that may suggest durable ruggedness but also convey a strong sense of Little Tikes.

Worsening the interior are A-pillars which slope so sharply and thicken at the bottom so severely that visibility is rather poor. It’s quiet in here, and there’s space in the back that simply didn’t exist in the 2013-2015 Malibu, but even at $32,080, the Malibu isn’t nice. Apple CarPlay, a sunroof, and 4G LTE in-car WiFi can’t change that.

‘;
document.getElementById(“vinads_div”).innerHTML = lfAd;
}
});
Until you’re in motion, a $32,080 Malibu feels like it should be priced at about $27,990. But then the Malibu shows where modern GM is at its best. The 2016 Malibu rides so sedately and in such silence that it’s hard to believe it could become an engaging handler, but Chevrolet’s chassis developers crafted a Malibu with quick and properly weighted steering, terrific mid-corner balance, and a rear end that wants to be part of the game.

Brake feel is spot on, and the bigger 18-inch wheels and wide tires of our tester enhance grip but don’t impair ride quality one whit. Credit for the dynamic excellence is owed mostly to the Malibu’s extraordinarily light weight structure. At 3126 pounds, this Malibu weighs 340 pounds less than the 2015 Hyundai Sonata Limited we tested; 527 pounds less than the last-gen Malibu about which we were so critical.

With weight reduction in place and in search of greater fuel efficiency figures, GM installed a 1.5L turbocharged four-cylinder engine with only 160 horsepower in the Malibu. Somewhat buzzy at low rpm and not especially full of gumption off the line, the 1.5T’s 184 lb-ft of torque becomes apparent once revs climb and an overtake is required.

When it comes to tiny turbocharged four-bangers, we prefer the Volkswagen Jetta’s impeccably smooth 1.4T but would respond more favourably to the 2016 Malibu’s 1.5T if we witnessed impressive fuel economy figures. The week prior, a 2.5L naturally aspirated 2.5L in the Mazda 6 consumed only 7.3 L/100km of mostly urban driving. The Malibu needed 8.3.

IS ANYONE BUYING IT?
Indeed they are. Through the first five months of 2016, the Chevrolet Malibu is Canada’s third-best-selling midsize car thanks to a 22% year-over-year sales increase in a category that’s down 16%. The Malibu is on track for 2016 to end as the nameplate’s best year since 2010.

SHOULD I BUY SOMETHING ELSE INSTEAD?
There’s no shortage of viable alternatives. The Toyota Camry, North America’s best-selling midsize car, offers legendary reliability and a huge rear seat. The Hyundai Sonata, Kia Optima, and Nissan Altima all offer a lot of kit for the money. The Ford Fusion might be a touch too small in the rear seat, but it’s at least as pleasant to drive as this Malibu and offers a wide variety of configurations.

The Honda Accord, meanwhile, is GCBC’s favourite midsize car, blending space and a healthy degree of athleticism with superior build quality and buttery smooth powerplants.

HOW MUCH SHOULD I PAY?
The way GM Canada’s press office built this specific Malibu represents a pleasant but not unaffordable midsize Chevrolet, but you could leave off the $1995 True North Edition if you don’t need 18-inch wheels, MyLink with navigation, and a sunroof.

With fees, the 2016 Chevrolet Malibu LT 1.5T at $30,085 is a quiet, high-content, surprisingly fun to drive, relatively efficient, and roomy sedan that holds its own against its competitive set. And there’ll be incentives soon enough. 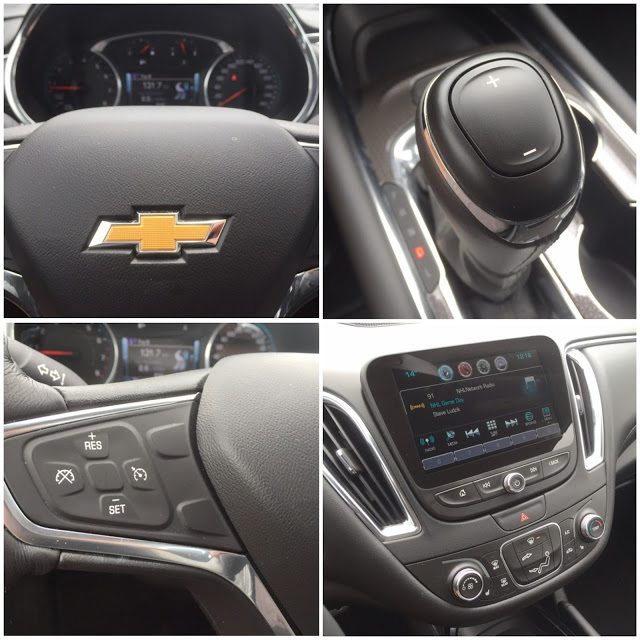 The 2016 Chevrolet Malibu won’t do that. The interior lacks any sort of design wow factor, for starters, and doesn’t have the material quality to measure up to its class leaders, let alone entry-level sports sedans from upmarket brands.

Somehow, General Motors built a large, comfort-oriented driver’s car that never shouts about it, never seeks out the adulation which accompanies such a reputation, and never demands that it’s driver accept punishment in payment for its understated athletic talents.

For the midsize car buyer who appreciates the new car’s style, does not look askance at the reputation carved out by the nameplate’s recent history, and does not demand a perfect interior, the 2016 Chevrolet Malibu LT 1.5T is a downright competitive alternative to the segment leaders.

Timothy Cain is the founder of GoodCarBadCar.net, which obsesses over the free and frequent publication of U.S. and Canadian auto sales figures. Follow on Twitter @goodcarbadcar and on Facebook. The Malibu was supplied by GM Canada’s press office.