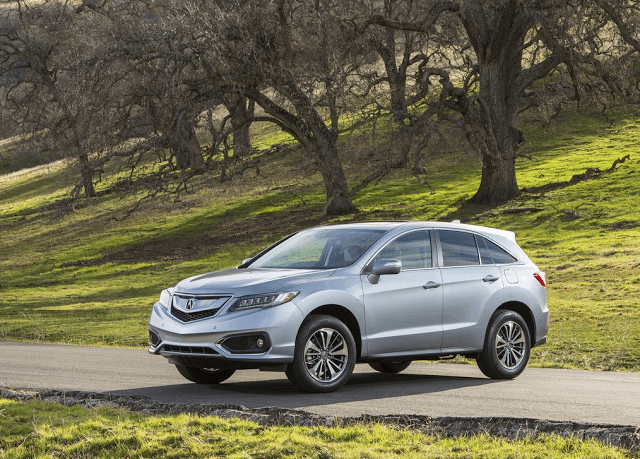 Remember the Acura RDX’s turbocharged four-cylinder, its nimble handling, and its stiff ride?

That was the first-generation RDX. The second-gen RDX has been around since model year 2013 with a V6, more subdued dynamics, and far greater popularity.

The 2016 model is this week’s review subject on Alex On Autos.

After its thorough reengineering, the RDX became a runaway hit for Acura, a brand which steadily became less able to sustain demand for their traditional passenger cars. The RDX averaged 44,800 U.S. sales in 2013 and 2014, a 181% improvement compared to the average annual U.S. sales total during the RDX’s first full five years on the market. In 2014, the Acura RDX outsold all direct premium brand rivals, from the Audi Q5 and Mercedes-Benz GLK to to BMW X3 and Volvo XC60.

So far this year, the RDX is selling 19% more often than the next-highest-ranked competitor, the Audi Q5, and RDX volume is up 9.5% through the first five months of 2015.

Here’s Alex Dykes from Alex On Autos with a detailed video review of the 2016 Acura RDX. GCBC’s Acura reviews don’t include the RDX – it hasn’t been sent to the east coast of Canada yet – but we did take the latest MDX to Prince Edward Island and subjected the RLX, TLX, and ILX to our daily grind, as well.