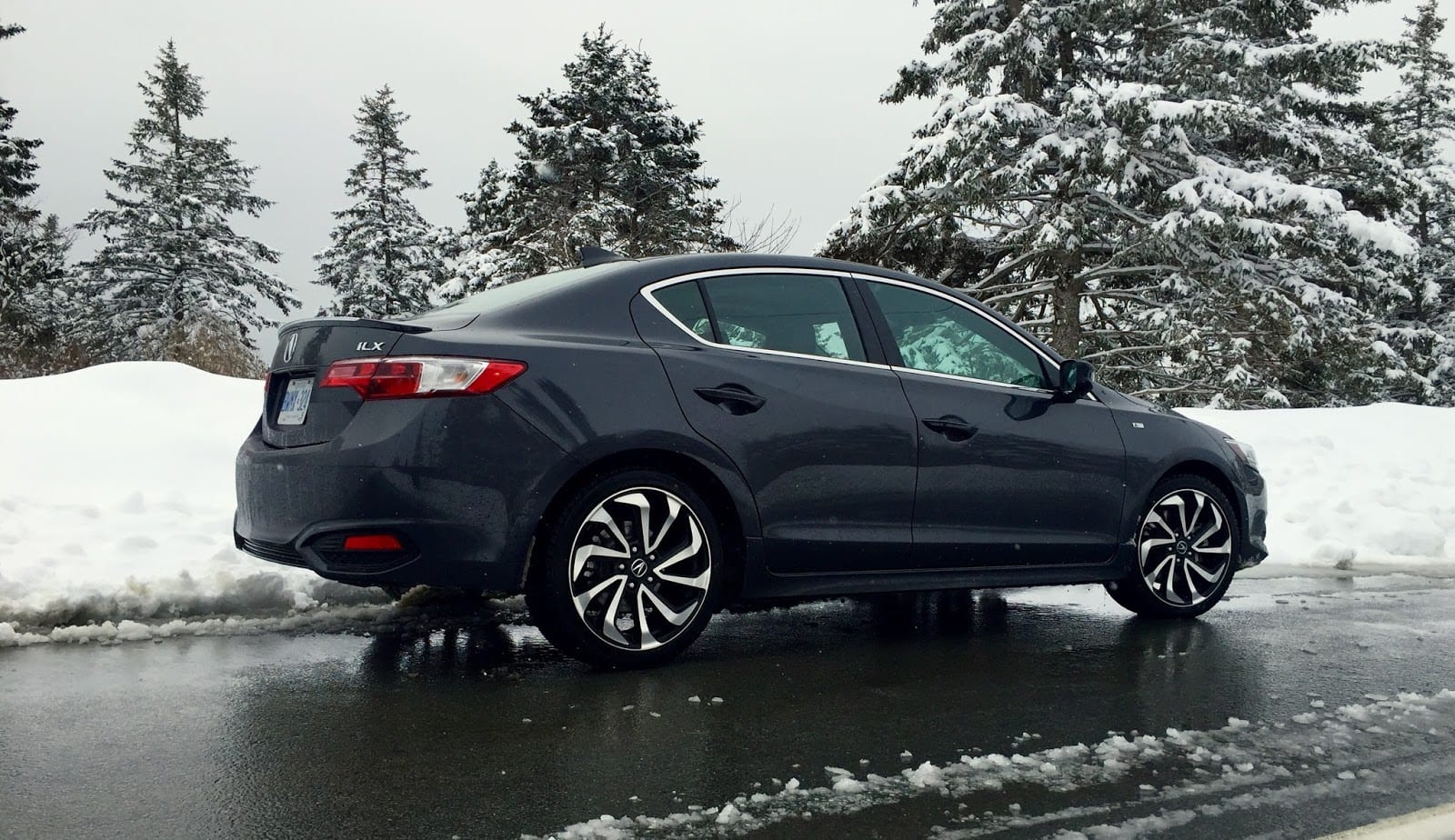 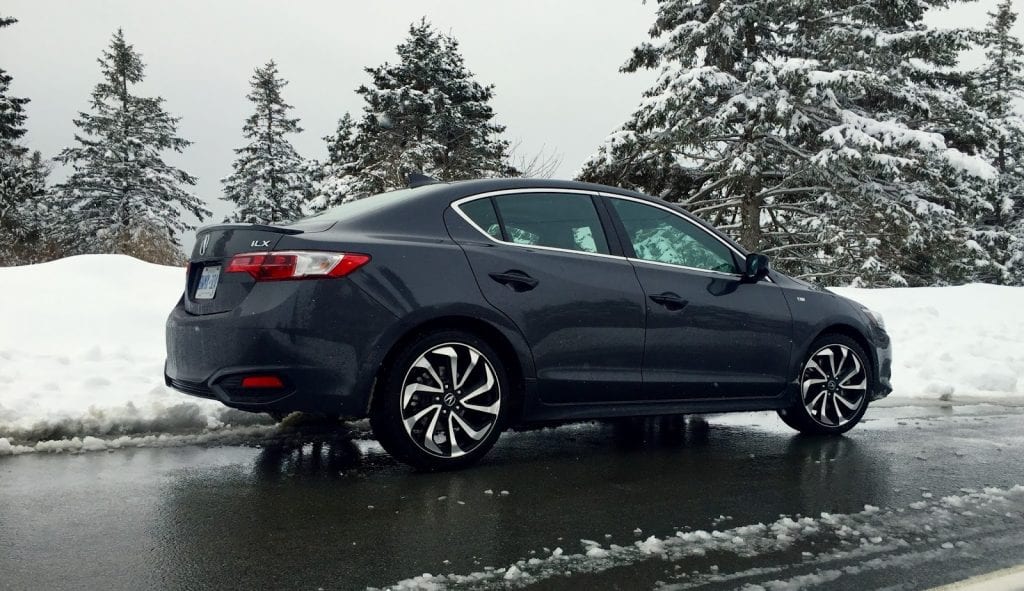 For the entry-level Acura’s fourth model year, the ILX is undergoing a complete powertrain transformation. LED headlights and trim-line changes further differentiate the refreshed 2016 ILX, but the less visible changes are the real difference makers.

Gone is the ILX Hybrid, the base ILX’s 2.0L four-cylinder, and Acura’s last remaining manual transmission. The sole powerplant is now a 201-horsepower 2.4L from base versions of the TLX.

The Honda Civic-based ILX therefore isn’t using the same engine as the range-topping Civic Si, and it’s certainly not using any of the Civic’s transmissions. Instead, the 2016 ILX is equipped with an 8-speed dual-clutch unit.

Honda figured out a way to make the DCT operate with a torque converter, and as a result, it’s a more refined dual-clutch transmission (especially at lower around-town speed) than you’ll encounter elsewhere in the dual-clutch universe, though without some of the hard-hitting edge of some competitors. There’s also an aggressive Sport mode for twisty roads and people who drive around downtown on Saturday nights, windows down, one gear too low, with revs wailing. To impress the ladies, maybe. 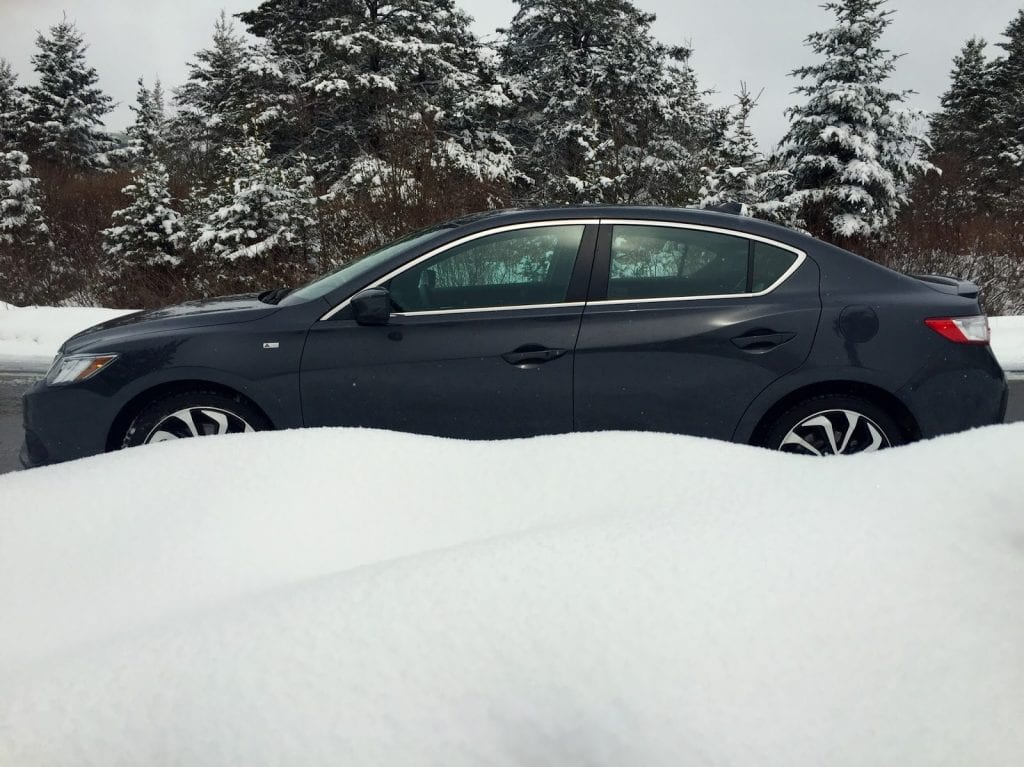 Consequently, compared with both the former base and up-level engines, the 2016 ILX is a significantly quicker car; the extra ponies enhancing the performance compared with the old 2.0L and the 8-speed transmission producing faster shifts compared with the outgoing 2.4L/manual combo. As you’d expect from Honda, the 2.4L revs sweetly and makes a pleasant noise.

At the very least, the ILX is now sufficiently powerful, but that’s only one element in terms of what could make an appealing entry-level luxury sports sedan. Don’t be fooled by the A-Spec package – aside from 18-inch wheels, it’s cosmetic.

The ILX doesn’t turn-in with sports car gusto and the steering is generally lacking in feel. There’s noticeable body roll, but it’s not excessive in the real world. The car rides stiffly, especially out back, but not too stiffly. Grip and feel was likely limited during the car’s visit by Bridgestone Blizzak winter tires, but those tires didn’t camouflage the fact that the ILX treads middle ground between performance sedans and conventional, mainstream small sedans.

The ILX also resides in a neutral territory inside, where the interior is a mix of upmarket Acura design and lower-tier Honda materials. The plastic surround on the centre tunnel, for example, is rock hard. The climate control unit would be suitable in a Fit. But the (unintuitive) dual screens, buttons for autonomous Lane Keeping Assist and adaptive cruise control, an effective Cross Traffic monitoring system, and “lux-suede inserts” on the seats would be suitable in an MDX. 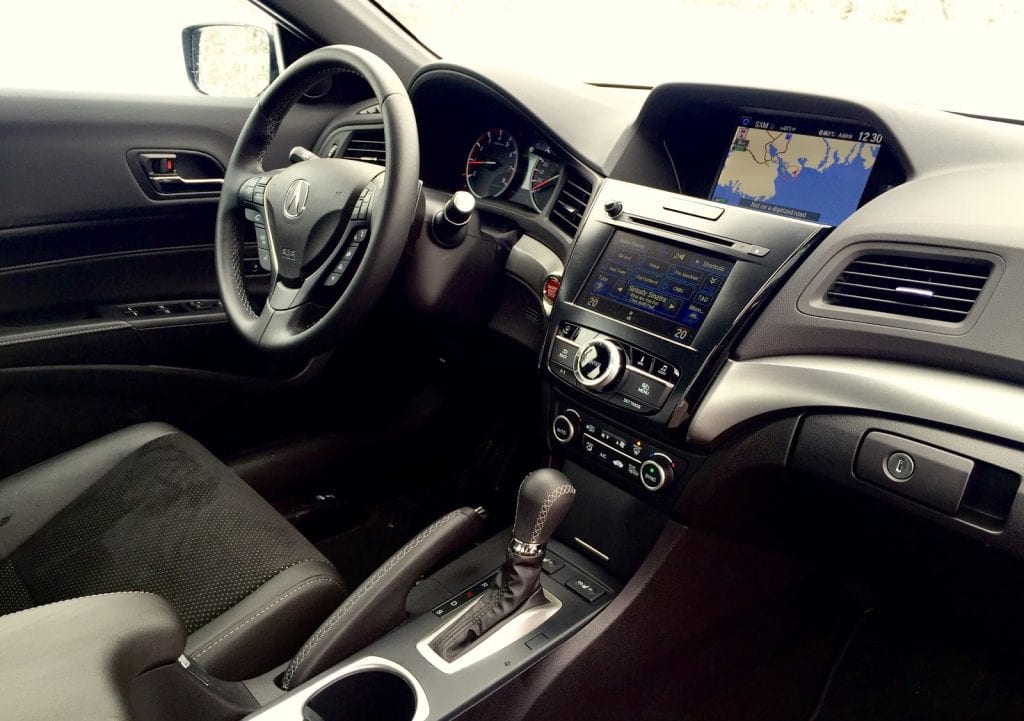 Perhaps of greater importance is the spacious back seat and flat rear floor, which aren’t at all the norm in this category. Parents who periodically move child seats between cars won’t be happy with the location of the LATCH anchors, but the overall sensation inside is of sufficient space, not claustrophobia.

In isolation, the ILX is not a disappointing car, particularly when luxed-up and body-kitted like this loaded A-Spec car. But the overly stiff rear suspension and the way the ILX crashes over harsh pavement imperfections reminds me of just how serenely the Buick Verano Turbo makes its way down the road. The ILX’s steering is too numb and its lack of outright athleticism too apparent not to bring to mind the Audi A3’s GTI-like ride and handling balance. And while the additional standard horsepower of the 2016 model finally makes the ILX a competitive car, the 2.4L is surely no torque-monster. These aren’t the VTEC high-revvers of yesteryear – the ILX feels decently quick before it’s revving past 6000 rpm – but with only 180 lb-ft of torque, it’s down by 78 lb-ft compared with Mercedes-Benz’s CLA250, a car which never wants for instant shove. There are ways in which the ILX is better than all these cars, but the Acura’s comparative deficiencies are more obvious than its advantages.

We’ve yet to see the impact of the refreshed ILX’s launch, as this is a 2016 model year vehicle released early in 2015. It’s undoubtedly an improved car, but will near-luxury buyers even know that it’s an updated car? The ILX first arrived three years ago and this refreshed car isn’t obviously new. 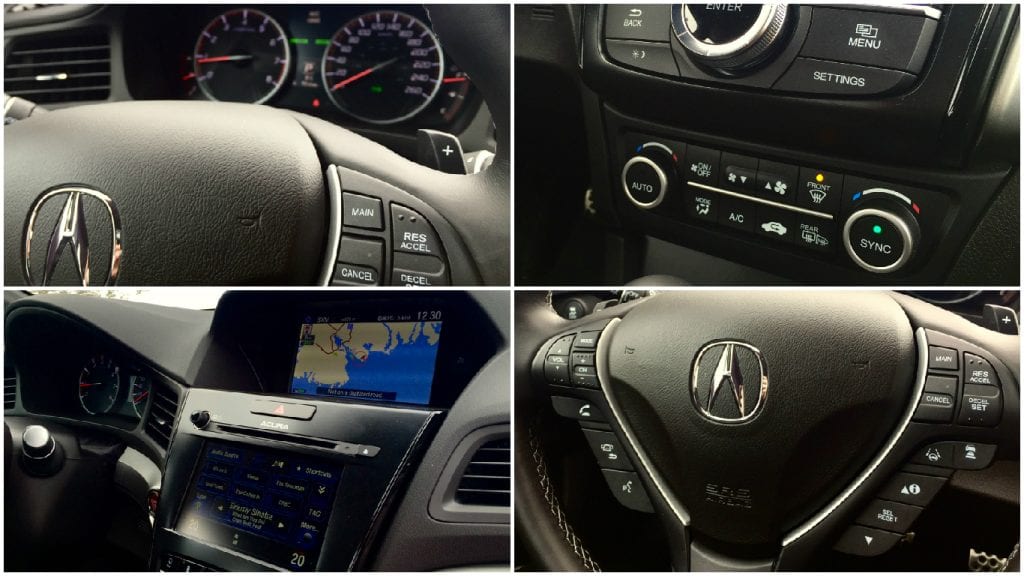 In order for Honda to move the ILX up the leaderboard and make it a more meaningful product in Acura showrooms, it would need to feel a lot more special than this. “Not special” is a vague verdict, but it can be summed up this way: our test car was a (CDN) $36,985 version of a car that starts at $31,585, and it’s abundantly clear that the foundation of that car is a sedan that starts below $18K.

Humble origins aren’t a problem. The failure to adequately mask those origins, however, in a $35K+ car, in an arena controlled by Germans which are afforded special status on the basis of their badges alone, is in fact a problem.