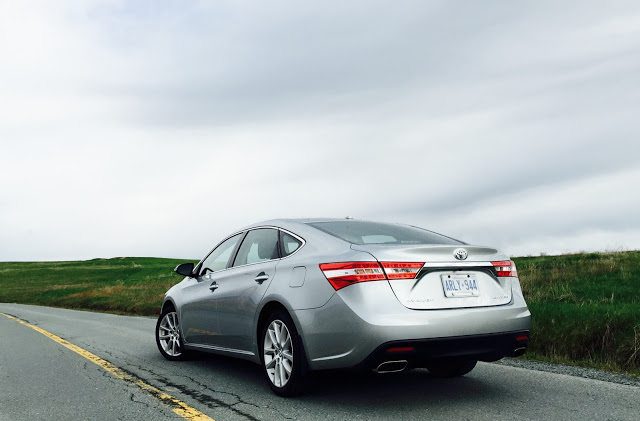 2015 Toyota Avalon Limited Review – It’s Either A Junior Lexus Or A Camry+, Which Means It An Avalon

Choosing your Avalon will be easy. Toyota Canada offers the car in only three grades.

The XLE serves as the base trim, but it’s still a $40,000 Toyota with leather seats, keyless access, dual zone climate control, and a sunroof. The Avalon Limited requires another $2095 and adds HID headlamps with LED DRLs, blind spot monitoring, nicer leather, heated and cooled seating, and a bunch of other items.

During the middle of May, we spent a week driving around Halifax, Nova Scotia, in a 2015 Toyota Avalon Limited loaned to us by Toyota Canada, but this car was also fitted with the $3100 premium package: JBL 11-speaker audio, heated rear seats, pre-collision, auto high beams, rear seat climate control, radar cruise control, and a power rear window sunshade.

As ever, the fourth-generation Toyota Avalon is related to the Camry, Canada’s best-selling midsize car. The Avalon is only 4.4 inches longer and 104 pounds heavier and shares the engine of the 2015 Camry XSE V6 we drove this past winter. The Avalon is also obviously related to the Lexus ES, which offers a cabin that’s only 2% smaller and a trunk that’s only 5% smaller. As a result of its connections to two popular cars which bear a number of key similarities, the Avalon has always found it difficult to locate its niche.

Toyota is refreshing the fourth-generation Avalon for the 2016 model year – sales are down 14% through April – so we’re taking a look at this outgoing model. Yes, choosing your Avalon will be easy, but finding one? It’s never a common car on the lots of Toyota’s Canadian dealerships, but don’t be surprised if later this year a few remaining 2015s can be had with impressive discounts.

INNER STRENGTH
Inside, the Avalon is a space at least as special as a $45,000 car ought to be. The design isn’t standard midsize-car-plus-more-features, the quality of the workmanship is high, and there are special elements. The broad control structure with the centre touchscreen is intuitive and slightly canted toward the driver. Seams and shutlines and surfaces are elegantly done. And the way the heated/ventilated seat stalks rise out of the centre console, toggle right for heat and left for cool, and then punch back in place is a surprisingly special moment for a sedan from a high-volume automaker. 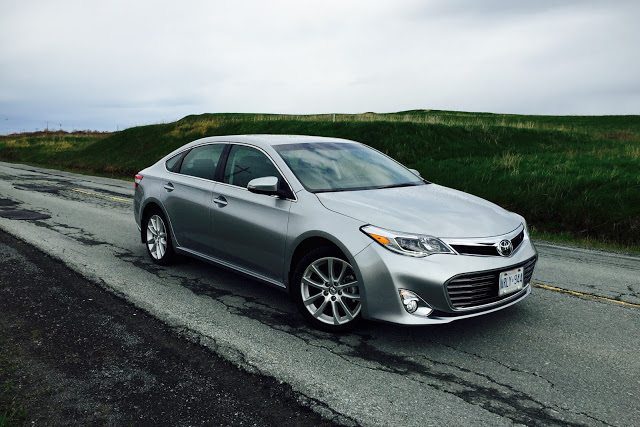 The front seats are certainly suited to a bulkier couple, however, and I was never able to find the ideal
driving position. The steering wheel doesn’t dive low enough or reach far enough. The seat bottoms are flat and seat backs are poorly bolstered. “Securely ensconced” is not a phrase that comes to mind.

An expansive rear seat is what separates the Avalon from many midsize cars, but it’s worth noting that Toyota’s own intermediate Camry offers very impressive rear quarters, as well. Officially, the Avalon’s rear leg room is three-tenths of an inch greater, shoulder room is four-tenths of an inch superior, and head room in the Camry is one-tenth of an inch taller.

ON THE MOVE
Yet the driving experience is markedly different. Granted, the most recent Camry we tested was the surprisingly sporting XSE example. And it’s also true that the current Avalon rides far more firmly and handles with greater agility than the Avalon of 2005-2012. But unless you’re getting out of an old Avalon (or another traditional full-size car) and into the 2015 Avalon, you’re more likely to equate the driving experience in this car with Calais than Camaro.

It’s not that the Avalon floats like a Detroit barge of the 70s, but it’s focussed on cosseting in a way few cars are these days. That’s not inherently a bad thing, but it’s too bad that the Avalon’s steering lacks all manner of feel and isn’t particularly responsive. The brake pedal also lacks any kind of progressive feel, and the Avalon’s braking performance feels like you’re bringing an Avalon-and-a-half to a halt.

It’s motivated, however. Toyota’s venerable 3.5L V6 has been around in 268-horsepower form for a decade, but it continues to feel like its pumping out more than the reported ponies. The 2GR-FE is smooth and refined and builds deliberately to its power peak at 6200 rpm. (So quiet is the running 3.5L and so silenced is the rush of wind passing by that the Pirelli Sottozero winter tire hum was too noticeable inside the Avalon, not because road noise is so bad but because there is no other noise.) 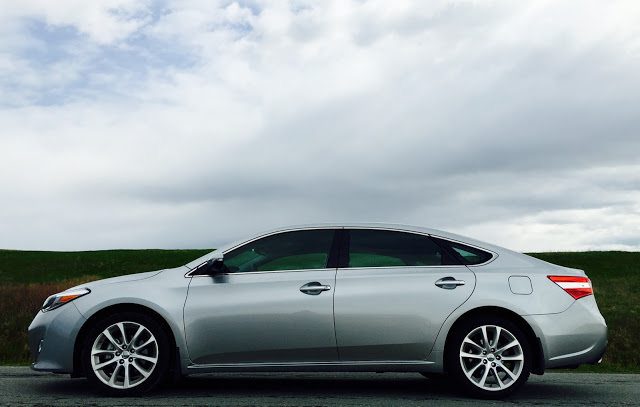 Don’t be so surprised that the 3.5L that powers the Camry so easily propels the Avalon, too. This Avalon weighs only 100 pounds more than the Camry XSE V6 we drove earlier this year, which makes the Toyota 558 pounds lighter than the all-wheel-drive Buick LaCrosse we reviewed in March.

RIVALS
That LaCrosse is certainly among the Avalon’s most direct rivals. The Buick is marked down for its smaller trunk. The Kia Cadenza may fail the prestige test in comparison with the Lexus ES but lines up nicely against the Avalon.

If you can get past its overly light steering, the Chevrolet Impala LTZ’s overall package is very enticing. Don’t forget about the Chrysler 300, Dodge Charger, Nissan Maxima, or the Lincoln MKZ. 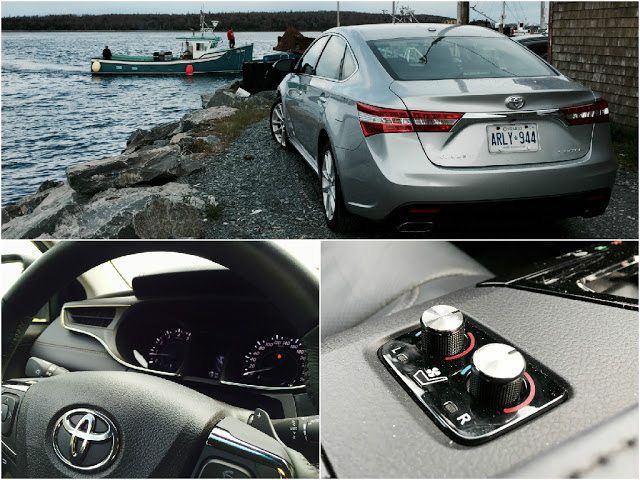 SET APART
Yet for all its similarities with the Camry, the 2015 Toyota Avalon Limited is set apart from its direct rivals by coming across as a Toyota-badged Lexus. Unfortunately for Toyota, the Avalon’s legendary reputation for reliability, an exterior that’s more handsome than ever, and a dynamic envelope that’s satisfying to a greater cross-section of the populace won’t likely alter the fact that Canadians will hardly buy any. It’s not just the Avalon – Canadians hardly buy any of the Avalon’s rivals, either.