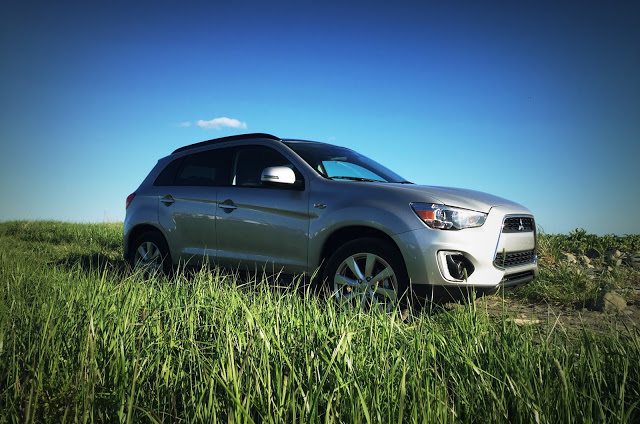 2015 Mitsubishi RVR 2.4 GT AWC Review – The Most Competitive Mitsubishi In The Post-Evo Era

Many moons ago, my oldest brother worked in the parts department at a local Suzuki dealer that was owned by a small business group.

A decade later my brother had long since moved away, but the dealer, clearly believing they specialized in small Japanese automakers, brought Mitsubishi into the fold. Little more than a decade after that, Suzuki, like my brother before, left the country.

Many believe Mitsubishi, with a small product lineup and low sales, will follow my brother and Suzuki out of Canada. The aforementioned dealer? They believe otherwise, as they’re currently constructing a new store on Halifax’s main car dealership strip.

But let’s set aside the future, the unknowns surrounding a potential Renault/Samsung-based midsize car, the departure of the Lancer Evolution, and the continual Outlander refreshing. Forget the past, the Grand Vitaras and Sidekicks and Samurais. In the here and now, the RVR is vital to Mitsubishi Canada’s fortunes. So we drove one for more than a week in order to render a GCBC verdict.

WHAT IS IT?
The RVR, known in the United States as the Outlander Sport, is the smaller of two crossovers in Mitsubishi’s lineup. Launched in late 2010, the RVR targeted a section of the market that Nissan was aiming for with the Juke. Mitsubishi, however, focussed more on interior space; less on Juke-like athleticism. In Canada, there are seven RVR trim levels. The top five include all-wheel-drive and a continuously variable automatic transmissions. The base front-wheel-drive ES is fitted exclusively with a manual shifter; a CVT is a $1300 option on the front-wheel-drive SE. Most RVR trims include a 148-horsepower 2.0L four-cylinder.

Our tester, however, was the most costly RVR trim, a $31,098 2.4L GT AWC, but without $4230 worth of option packages. All-wheel-drive RVRs – Mitsubishi calls it all-wheel control – start at $27,398 and feature multiple modes: front-wheel-drive only, all-wheel-drive, and an all-wheel-drive lock mode for getting out of your driveway without shovelling. Key features separating the RVR 2.4L GT AWC from the least costly all-wheel-drive RVR include the larger engine, 18-inch wheels, a panoramic glas roof, automatic climate control, proximity access, and a backup camera.

HOW BIG IS IT?
It’s in size, or rather the RVR’s ability to make the most of its size, that the Mitsubishi excels. The RVR is less than two inches longer, bumper to bumper, than the Chevrolet Trax, but the RVR’s interior is 5% larger; rear leg, head, hip, and shoulder room is superior in the RVR, and the Mitsubishi’s cargo capacity is 16% greater than the Trax’s with the seats up; 2% greater with the seats down. 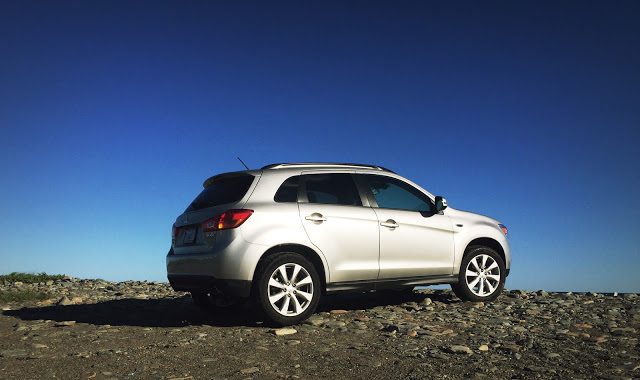 DOES IT WORK?
The RVR rides well, fortunately steers without an overwhelming sensation of electric assist, and is also sufficiently nimble. More surprising is the realization that the CVT isn’t bothersome. Would a manual be more fun? Of course, but that should go without saying. The vast majority of the buying public won’t sense a difference between this CVT and a conventional 6-speed automatic, and use of the paddles creates a passing resemblance to normal downshifts. A 2.4L ought to make more than 168 horsepower – the 2.4 produces only 14% more horsepower than the 2.0L in other RVRs and only 15% more torque – as 2.4L four-cylinders from other automakers often produce significantly more power. Nevertheless, the RVR doesn’t feel underpowered, nor does the CVT feel like a power sapper. 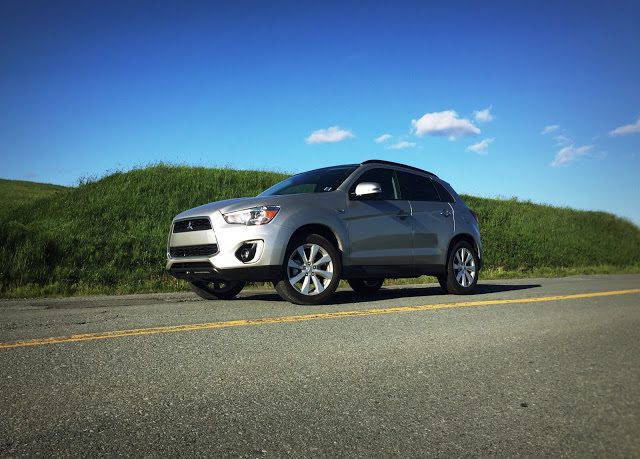 Inside, the roomy cabin is let down by some brittle plastics and a slow-witted, poorly lit infotainment touch screen. This is often the case in the test vehicles we receive, as they’re typically heavily-optioned versions of cars which have much lower base prices. The RVR’s interior is perfectly acceptable in this class when it costs less than $22,000. But this RVR costs 43% more than that front-wheel-drive ES model. Naturally, it’s not 43% nicer inside, and the RVR’s materials and quality can’t compete with crossovers that start around $30,000.

Even so, the RVR doesn’t feel breakable. The structure is suitably solid, the interior design is quickly learned, and the car would be rather quiet, too, were it not for the noisy and cheap Nexen tires.

IS ANYONE BUYING IT?
Yeah, they really are. Although Mitsubishi is mocked, especially in the United States, for losing 84% of the brand’s volume between 2002 and 2009, the RVR was Mitsubishi Canada’s second-best-selling model and accounted for 29% of Mitsubishi sales in Canada in 2014, the brand’s best ever year in Canada.

The RVR routinely outsells the Nissan Juke in Canada and trails only the XV Crosstrek and Trax in segment-wide sales so far this year.

SHOULD I BUY SOMETHING ELSE INSTEAD?
Determining how long the RVR will hold its prominent position in the smallest Canadian SUV/CUV segment is a whole ‘nuther kettle of fish. Fresh competition is arriving in the form of the Jeep Renegade, Fiat 500X, Mazda CX-3, and Honda HR-V. The CX-3, in its first month on the market, easily outsold the RVR. The HR-V is just beginning to trickle into Canadian dealers, but the Honda outsold the Mitsubishi by nearly two-to-one in the Honda’s first U.S. sales month.

In other words, there are suddenly far more RVR alternatives than there were just three or four months ago. The Juke continues to be far more fun to drive, but it’s very cramped inside. The HR-V’s use of interior space is even better than the RVR’s, but the Honda’s availability won’t be healthy until later this year, at best. The Renegade offers traditional Jeep styling and surprising off-road capability. Early reports suggest the CX-3 provides the Juke’s sportiness with more liveable space.

In a burgeoning segment, all these candidates may well be worth a look before you sign on Mitsubishi’s dotted line.

HOW MUCH SHOULD I PAY?
By the time you’ve crested the $30K mark on an RVR, you’ve probably gone too far. For buyers who want to sit a little higher, drive something relatively efficient, need to be protected by a great warranty, and want the flexibility of hatchback practicality, the RVR is not an unreasonable choice. So with fewer trinkets – forego the 18-inch wheels and the fixed glass roof, for example – and moderately less power, the all-wheel-drive SE for around $27,000 is more appetizing.

There are certainly newer models, more desirable rivals with more style or power or both. That won’t change the fact that the aging RVR conservatively, simply, and quietly goes about its business. It’s not flashy or eye-catching. There is no one attribute that shines above all else; no demerit particularly worthy of dishonourable mention. The verdict is therefore completely unlike the one we rendered after spending a week with a Mitsubishi Canada-supplied Outlander.

Unlike that SUV, the RVR gets its job done and meets expectations.

Timothy Cain is the founder of GoodCarBadCar.net, which obsesses over the free and frequent publication of U.S. and Canadian auto sales figures. Follow on Twitter @goodcarbadcar and on Facebook. The RVR was supplied by Mitsubishi Canada’s press office.