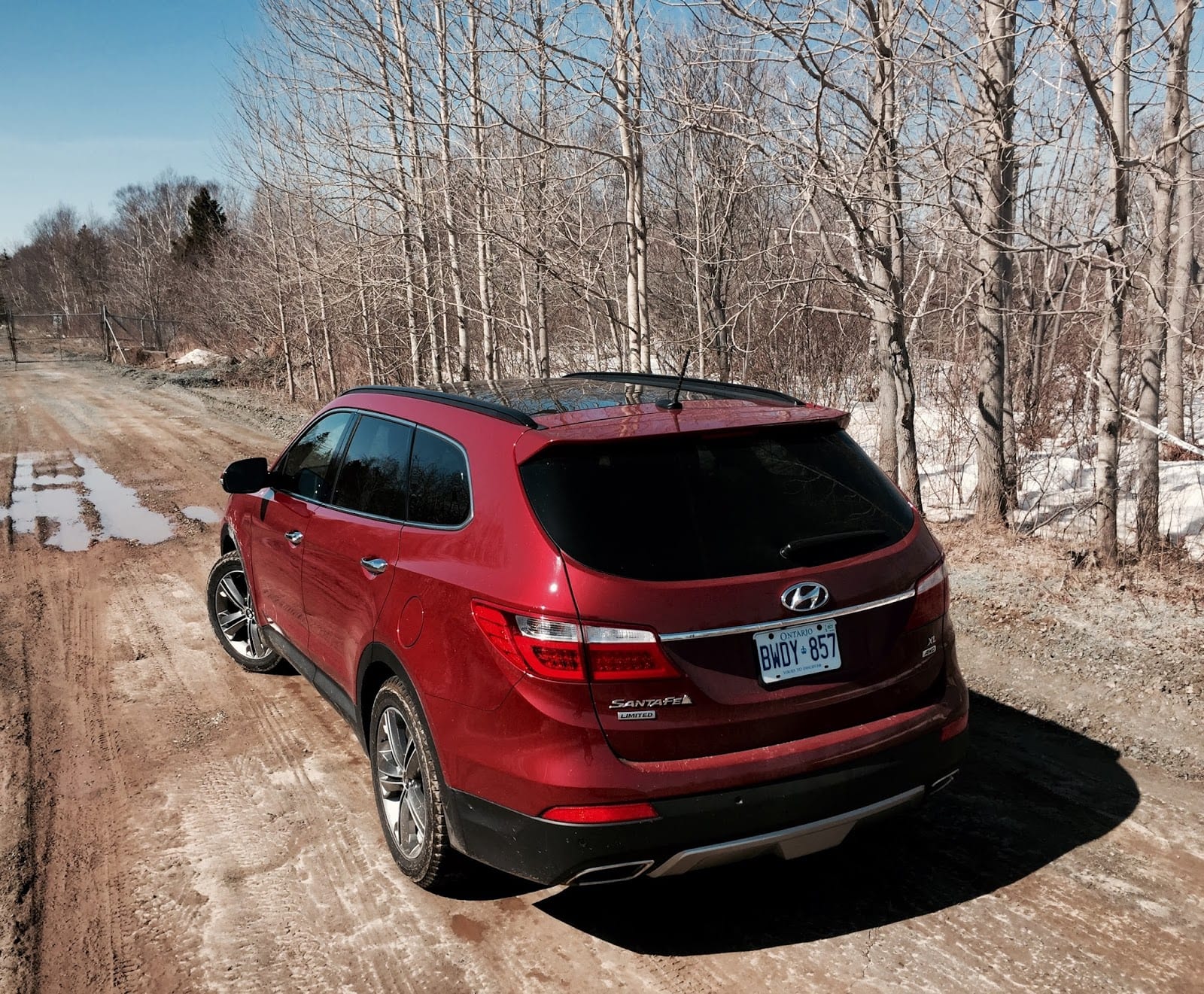 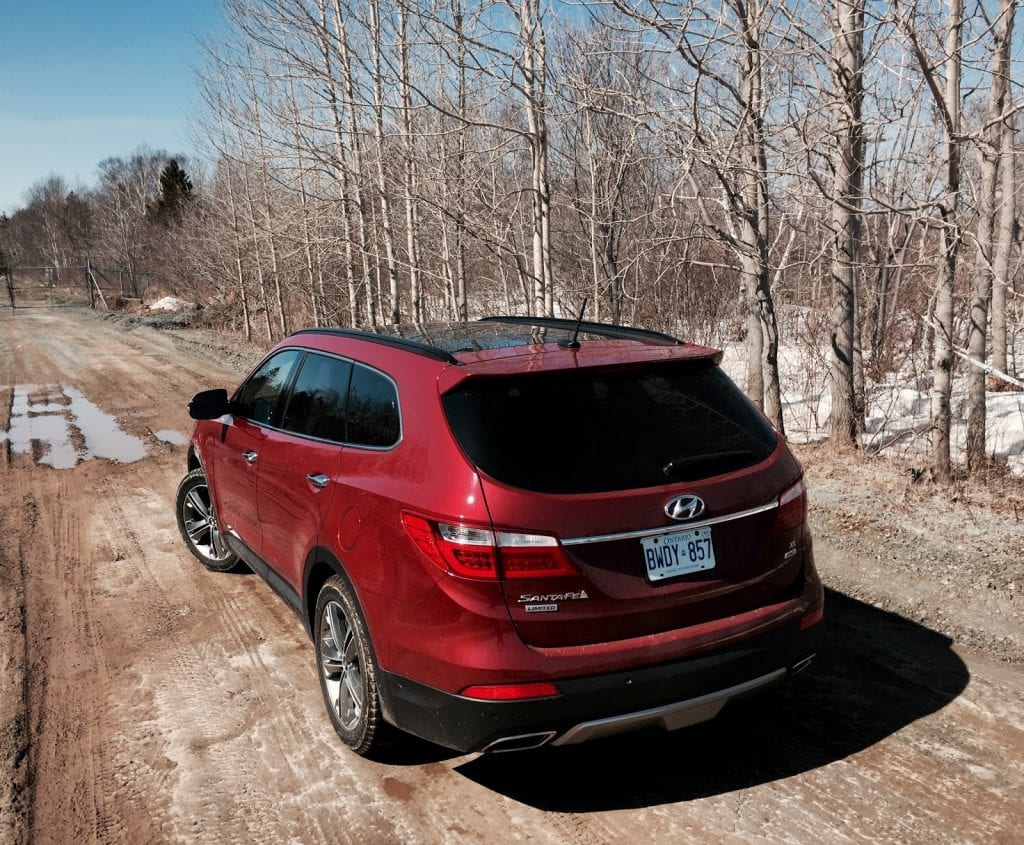 Canadians have spoken with their wallets and we can, for the most part, forget minivans. Consumers accept the loss of much of a minivan’s practicality and flexibility so long as their new vehicle still provides three rows of seats and gains a measure of all-weather usefulness.

Exhibit A: the Hyundai Santa Fe XL, which is ostensibly a second-generation Hyundai Veracruz, a vehicle which joined many a three-row crossover in killing off vans like Hyundai’s own poorly named Entourage, which didn’t actually have any entourage of any kind. No following to speak of whatsoever.

Oh, there are still minivans. In March, an especially poor month for minivan sales, Canadians still registered more than 7000 new MPVs. Toyota will likely set a ten-year high for annual Sienna sales in Canada; Honda Odyssey sales will likely rise higher than they’ve been since 2007, if not earlier.

But total minivan volume is flat through 2015’s first-quarter and minivans only accounted for 5.1% of all Canadian new vehicle sales in calendar year 2014, down from 12% a decade earlier.

Perhaps you’ve decided that a minivan isn’t necessary, yet you’re not yet ready to lose all the practicality. You’re asking yourself, “How much seating flexibility do I need?” For those who answer, “Not all that much, actually,” Hyundai has a solution. Take the bigger seven-seat Santa Fe XL, not the Santa Fe Sport, and allow passengers to luxuriate in the space created by the removal of one middle-row seat. 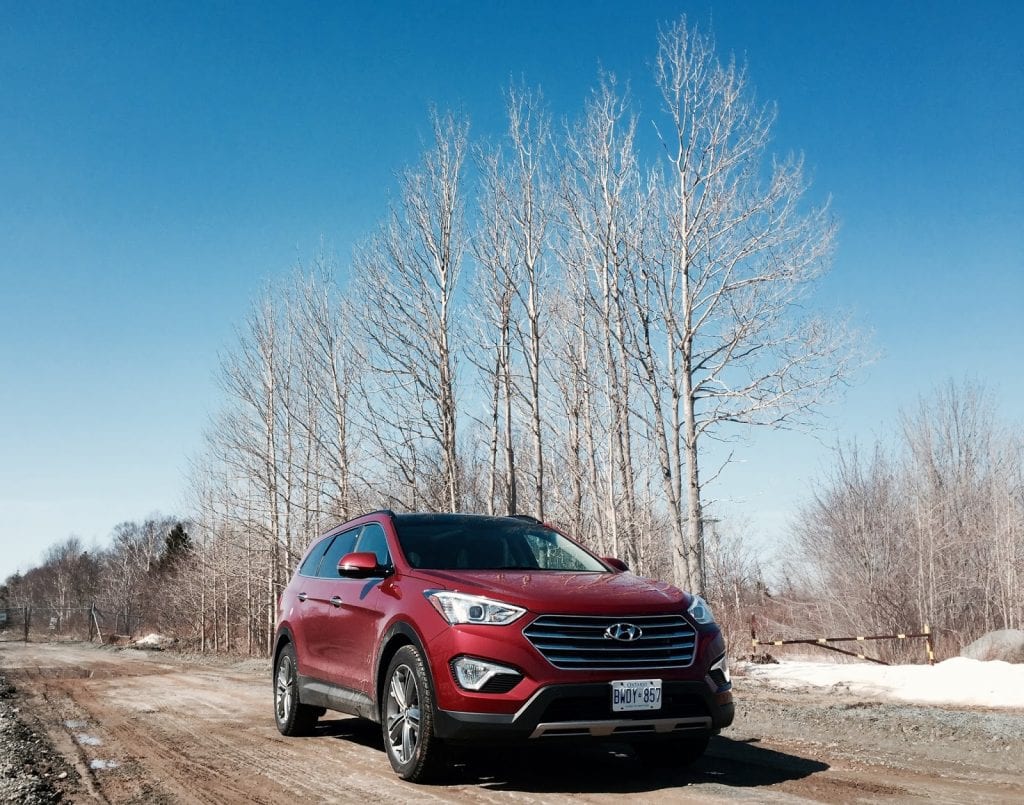 As a result, we’ve also distanced ourselves from the era where enthusiasts decried the ess-you-vee because, in part, “Minivans are so much more carlike.” True, the Santa Fe XL is a big crossover with a comfort-minded suspension setup, but it’s no bus. Even compared with the 2015 Sienna, a decidedly improved minivan, the Santa Fe XL’s on-road behaviour is markedly superior. You don’t buy either vehicle to film an audition for Furious 8, but if you’re in sudden need of a rural road hustle, this prototypical successor to the SUV of yore is undeniably the one I’d take.

Throttle tip-in is measured, acceleration is brisk, torque is always at the ready, and the 6-speed automatic thankfully does its job as an automatic transmission ought to: by not drawing any attention to itself.

Observed fuel economy of 12.5 L/100km in a mix of city and highway driving was on par with the official NRCAN/OEE combined figure but would have been better had I not sought satisfaction in the act of hurling the Santa Fe XL down highway on-ramps.

Not remotely unpleasant to drive then, but is time spent inside the Santa Fe XL enjoyable? Loaned to us for a week in April by Hyundai Canada, this is, in Canadian-speak, a $45K Santa Fe XL Limited, equivalent in the U.S. to a $41,545 Santa Fe Limited with the $4650 Ultimate package. (Santa Fe XLs start at $31,197 in Canada. All-wheel-drive XLs start at $36,667.) 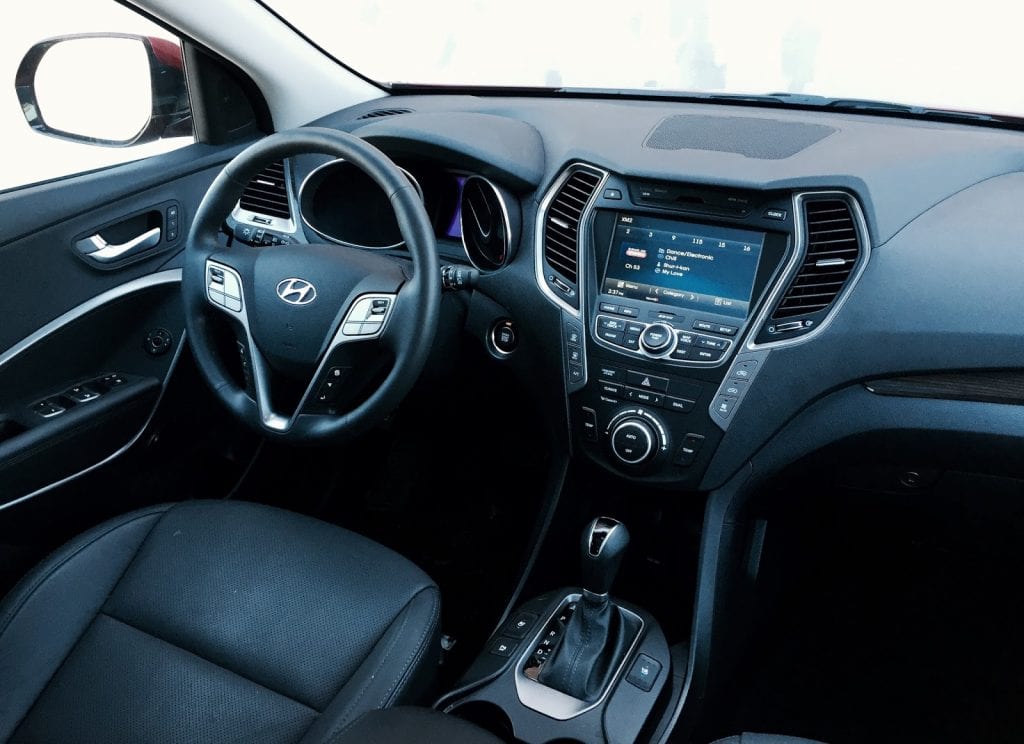 The third row is by no means voluminous, but there’s room for adult feet under the second row seats, there are separate climate controls, and access to the third row is more straightforward thanks to the gap in the middle row. Both second-row seats can be moved forward a couple of inches without sacrificing the ability to stretch out and get comfortable. For little people, the beltline will be too high for scenic enjoyment, but then again, if you’ve forked out enough coin, your children can scan the skies through the glass roof.

A minivan buyer who’s considering a Santa Fe XL, or vice versa, may not be so interested in the six-seat version of the Hyundai. But for consumers who don’t require seven-seat capacity, the removal of that seat makes a big difference in the way people live and move and stretch out aft of the parents. 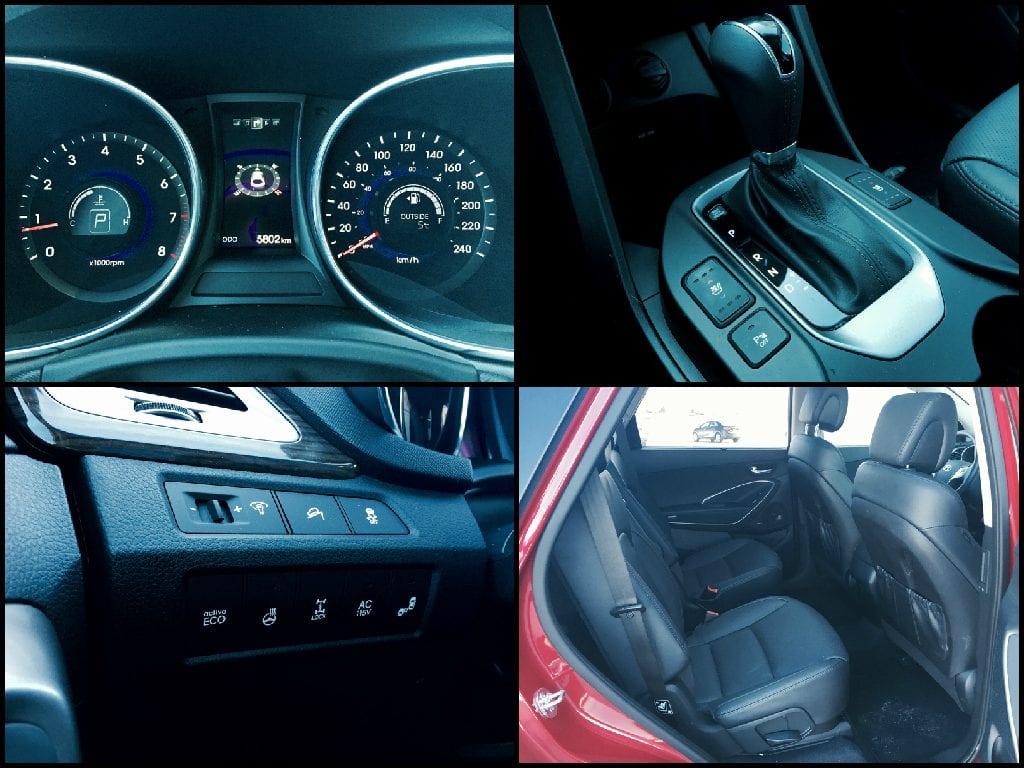 Yet if the Santa Fe isn’t a minivan alternative, what about more direct rivals? I’d take the Toyota Highlander’s interior layout (and its useful shelf up front), the 2016 Honda Pilot’s space behind the third row, the Mazda CX-9 on a twisty road, the Nissan Pathfinder’s smooth second-row operation, and the exterior styling of the Dodge Durango or Ford Flex. In certain areas, there are a certain three-row crossovers that outperform the Hyundai. But the 2015 Hyundai Santa Fe XL is a difficult vehicle to fault, particularly because of its powerplant and the value we’ve come to expect from Hyundai, especially in lower trim levels.

Just don’t assume it’s quite as family-friendly as a minivan. None of those crossovers can pull of that trick.