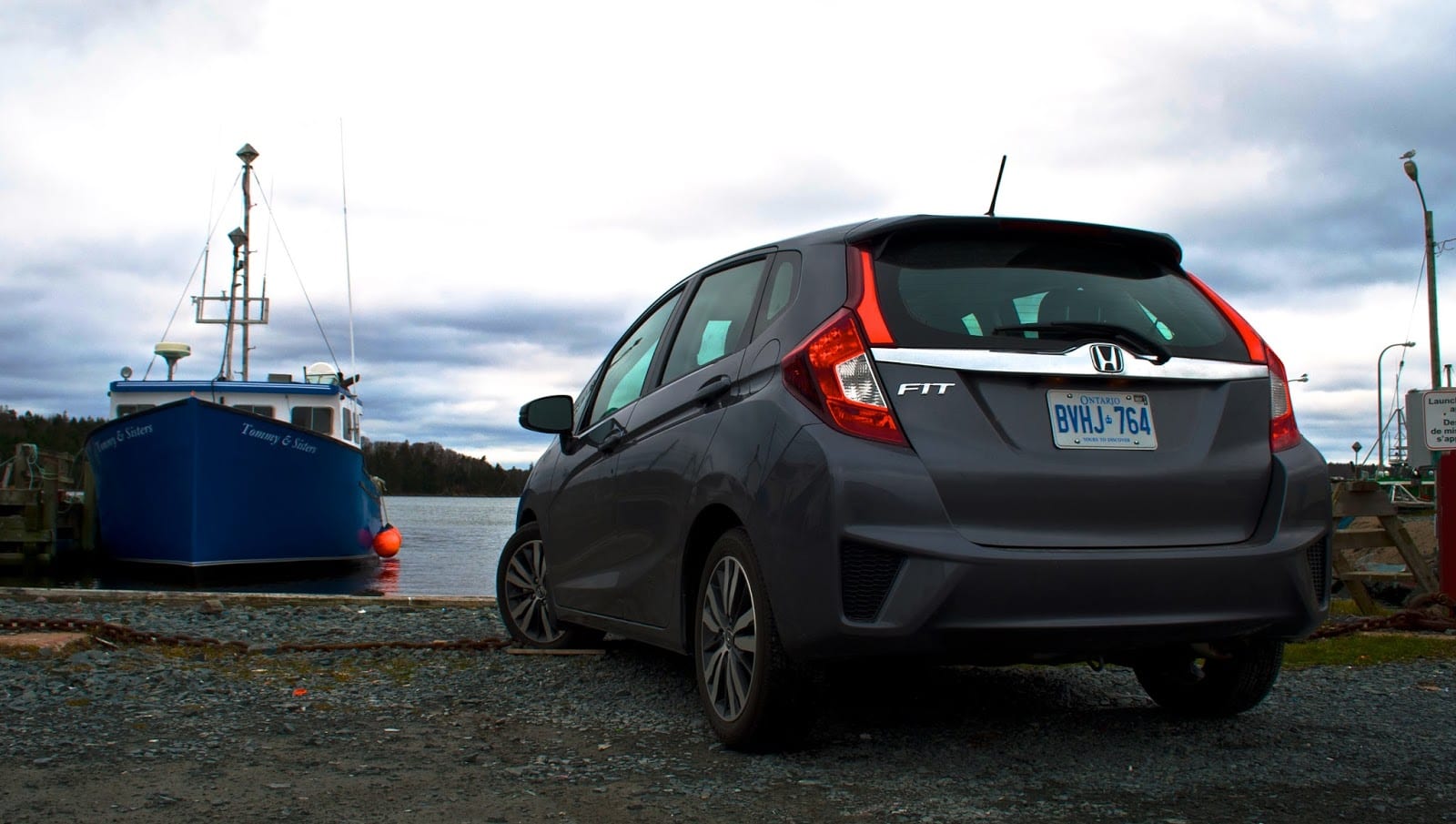 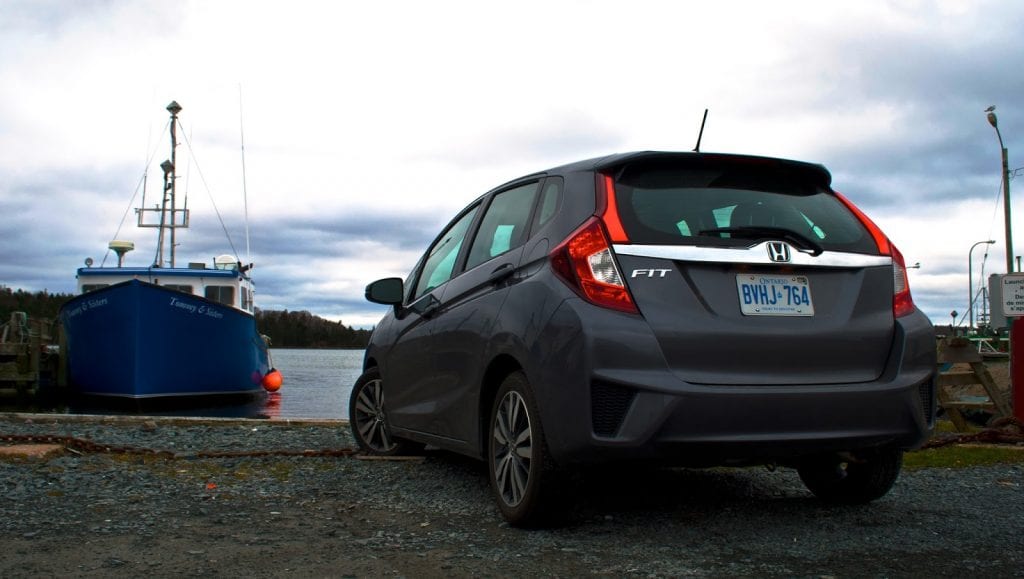 Perhaps as a result of having twice left our spacious two-bedroom apartments for smaller dwellings with less than 500 square feet of living space, my little family has come to love storage.

Though we now have a basement and a shed in which to toss assorted detritus, we still look back fondly on the days when our only available storage space was located in the apartment building across the street or in the multiple small closets of the “bachelor pad” that we pressed into more-than-bachelor duty. But not too fondly, mind you. Space for people and stuff is a good thing.

The 2015 Honda Fit is only 160 inches long, 19.4 inches shorter bumper-to-bumper than Honda’s own Civic sedan; shorter than hatchback rivals like the Hyundai Accent and Nissan Versa Note. Honda says the Fit offers more rear legroom than any of those cars. Seats folded, the Fit has 38% more cargo capacity than the Versa Note and 11% more than the Civic.

The Fit officially lags behind the Note and Accent in terms of seats-up cargo space but it’s ahead of the Civic, and the Fit’s shape is conducive to carrying loads. Pound for pound, or rather inch for inch, the 2015 Fit is among the most flexible new vehicles available today, rivalling minivans for space efficiency.

As a young married couple, Mrs. Cain and I were anxious not to pay for any more space than we needed. In the quest to save money, or to spend money elsewhere, we chose less spacious residences. When possible, we also chose apartments where heat, hot water, lights, and internet were provided free of charge. 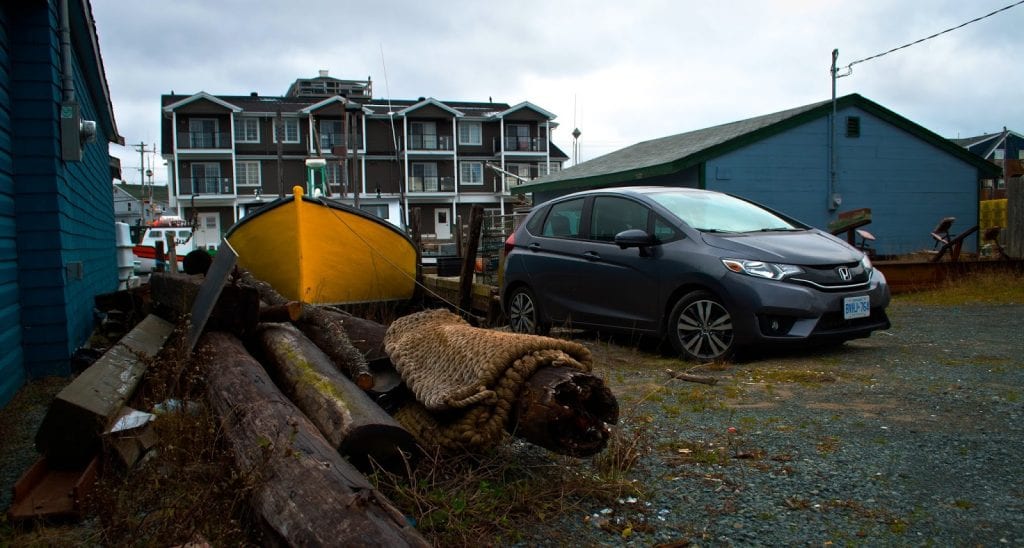 Although this EX-trim Fit, a $22,090 car Honda Canada provided for a week in November, may not be the best example of a money-saving subcompact – sunroof, Honda LaneWatch, 16-inch alloys, leather-wrapped wheel, 6-speaker audio – it sipped fuel like a conscience-stricken teetotaler at a vintner’s after-hours tasting.

6.1 L/100km in a mix of mostly city and some highway driving is ridiculous. Natural Resources Canada’s Office Of Energy Efficiency rates base LX Fits with the continuously variable transmission at 7.0 L/100km city and 5.7 highway; EX and EX-L Fits with the CVT (and paddle shifters, hot diggity) at 7.3 city, 6.1 highway.

So the newest Fit is efficient, both space-wise and with fuel. Though the Fit, which is now assembled in Mexico, has been subject to a raft of recalls in its initial months on the market, it feels very well-built inside.

There’s no pretense – this is not a luxury car. But the interior neither looks nor feels like the penalty box economy cars of yore.

As a consumer product, it seems like a solid bet, but is it desirable? That’s not as clear. For instance, the Fit isn’t the enthusiast’s choice in the subcompact category, certainly not with this bothersome CVT. Toss the Ford Fiesta or Chevrolet Sonic down a twisty rural road (yes, the two Detroit subcompacts) and you’ll then find the Fit’s steering to be slower and lifeless by comparison.

Its buzzy engine lacks a typical Honda’s rev-happy nature. Ride quality, acceptable in most circumstances, comes up short when sharp impacts produce an inordinate amount of noise, causing the structure to shudder. There’s no expectation for special on-road dynamics in a car of this type, but Fits have been fun in the past, and much of that joy has been lost.

Moreover, if a keen driver wants to enjoy a car of this type, there are now more, and more compelling, options than was the case when the original Fit arrived in North America.

Good news: a Fit with a manual shifter will likely return a measure of contentment to the 130-horsepower 1.5L four-cylinder. This is not a pairing in which a CVT can be considered a success, at least if we rule out fuel economy as a criterion. 6-speed manual base Fits have a combined rating of 32 mpg, well below a Fit LX CVT’s 36 mpg. But if you’re stuck with the self-shifter, it’s possible to close some of the pleasure gap. Deactivate the green-leaf Econ mode, push the shifter into S, and the Fit becomes far more responsive. Unfortunately, the resultant drone of the engine cruising along smack dab in the middle of its power band isn’t something you’ll want to endure in routine driving.

The interior is a marvel of expansive human space, yet rear seat passengers might be the first-class citizens in the Fit. Front-seaters above five-foot-eleven likely won’t be able to get the seats to slide far enough back for ankle comfort. Not to worry, though; the infotainment screen is annoying enough to distract you a little from any fit (get it?) issues.

Tasked with operating a convoluted and unresponsive touchscreen with embedded volume controls, I was frustrated for the duration of the Fit’s visit. Sleek minimalism is wonderful, but does it fix anything? Were car buyers complaining about simple volume and tuner knobs? Honda clearly thinks that big operate-them-with-gloves-on knobs are great for climate functions. Why not for radio? 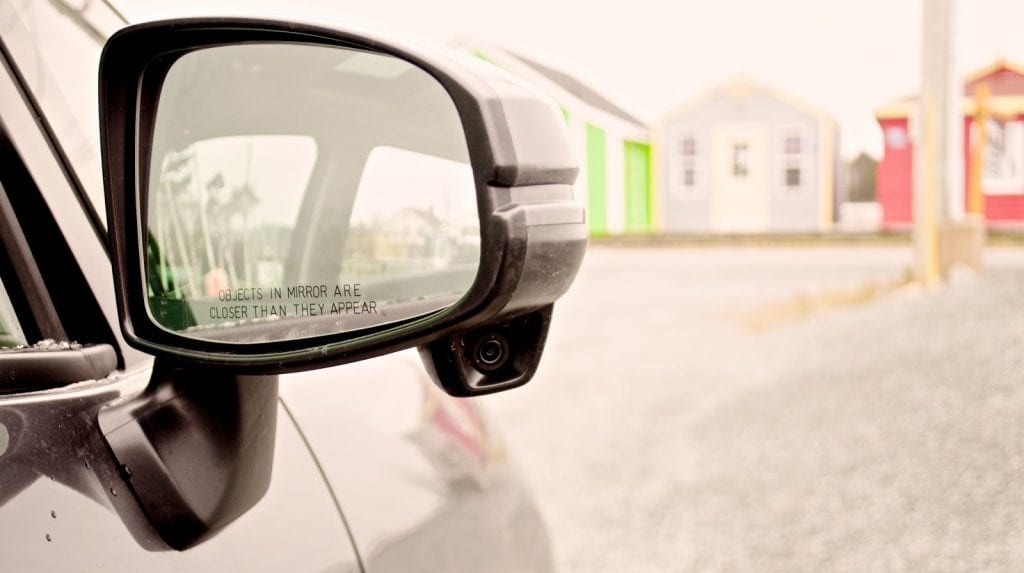 For Fit lovers, I’m not certain it would matter if the touchscreen was operable only by the sixth finger of your third hand. Who cares? You can fold the front passenger seat flat to create a lounge for the right-rear passenger. The rear seats can be folded down. Or up. They can do so independently, 60/40. One up, one down? No problem. Fuel bills verge on being nonexistent. The Fit is also more of an individual’s choice, unlike the Civic, for instance, which is (honestly) parked in one-third of the driveways on our cul-de-sac. Therefore,

This may be the subcompact capable of keeping a young family out of a small crossover or large sedan. Yeah, as if young families are buying big cars. Funny joke.

Granted, front seat occupants might not be able to hear rear seat occupants. Wind noise isn’t outrageous, but while road noise has been lessened compared with older Fits, the improvement isn’t sufficient. The outright savings compared with the more refined Civic, which can’t be turned into a mini commercial van, are only barely consequential.

Regardless of how you or I quantify the pros and cons of the 2015 Fit, how we mete out blame and credit for its idiosyncrasies and benefits, there will be more people buying these Fits than there were people who bought the outgoing version. In fact, more Americans registered new Fits in October of this year than at any time in the car’s history. 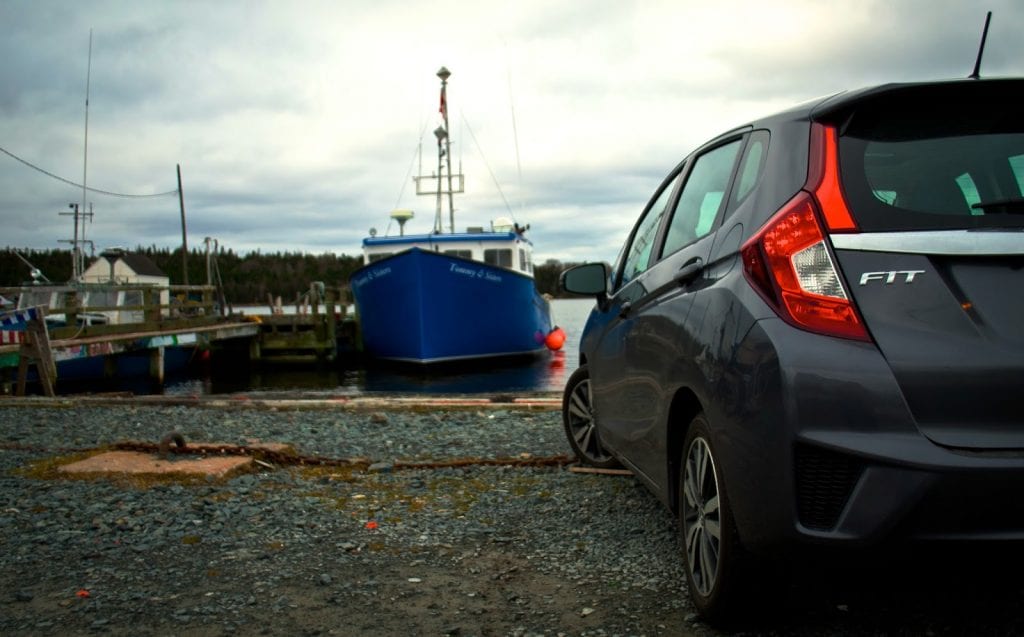 With improved North American supply, the Fit won’t be quite as rare on dealer lots, thus not as rare in shopping mall parking lots, either. Only 11% of the subcompact cars sold in Canada in 2013 were Fits, when the Honda ranked fifth in its segment. The Fit was Canada’s fourth-best-selling subcompact in October 2014 with 19% market share.

The Honda Fit driving experience is not what it was. Living inside a Fit, with more room for passengers and slightly less room for stuff than in the second-gen car, is a profitable exercise in downsizing. Yes, downsizing is something you should try at least twice in your life.