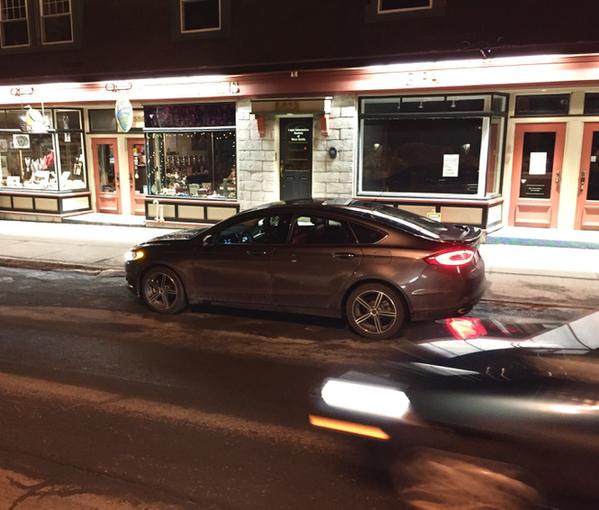 Yes, I grew up in the days of computers that were labelled 286 or, ooh la la, 486. We ran Windows 3.1. There was a time when even Firefox seemed quick. By those ancient standards, a modern car’s infotainment unit might seem downright supersonic. But this isn’t 1989. Or 2003. It’s 2015, and MyFordTouch’s “Loading…” icon is immensely irritating.

Doesn’t stop me from enjoying a drive down a twisty road in the always-surprising 2015 Ford Fusion. How many mainstream midsize sedans make me want to go for a drive just for the sake of going for a drive? Maybe three. And this most definitely ranks high in that trio, aided no doubt by its all-wheel-drive and 2.0L turbocharged four-cylinder.

We just put together this quick clip at the end of an long drive in this week’s GCBC tester, a 2015 Fusion Titanium EcoBoost AWD with more than $7000 in options, so you can be the judge of the system’s speed.