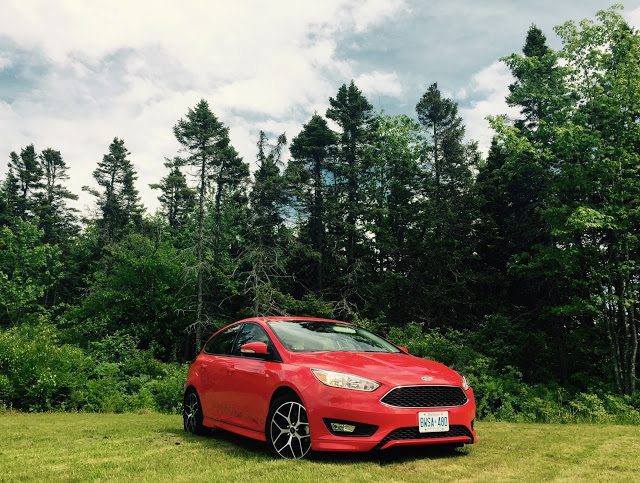 These are interesting times. Major supplier-caused quality problems beset Honda. BMW builds front-wheel-drive MPVs. An American executive at Toyota goes to jail in Japan and is released thanks to help from JFK’s daughter. You’ll soon be able to buy shares in the company that Enzo built.

And some of the best cars to drive are Fords.

Seriously, though? To find out if the theory of driver-friendly Fords carries through from the Focus ST, Fiesta EcoBoost, Mustang V6, and Fusion Titanium to other members of the family, we recently spent more than a week in the refreshed 2015 Ford Focus. In its fourth model year, is the latest Focus still a fun-to-drive compact? And can it use its excellent suspension tuning to overcome key faults that mar the overall experience? 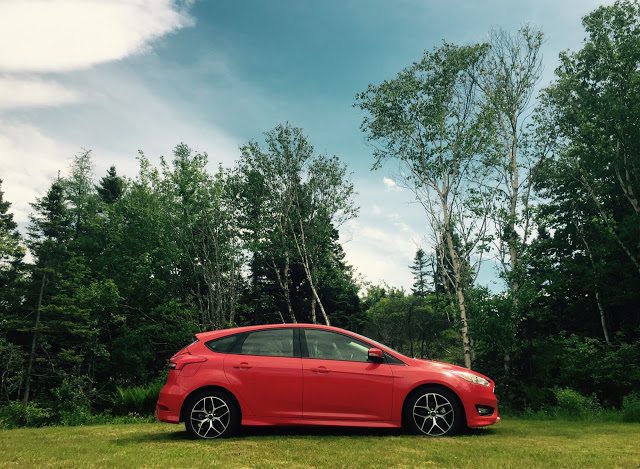 WHAT IS IT?
The first-generation of Ford’s Focus was a replacement for the long-lived Escort. Early excitement led to eventual disappointment as Ford allowed the car to linger, mostly untouched, for far too long. The current Focus is really the third-generation – the second-generation car didn’t make it to North America.

Initially released for the 2012 model year, the Focus was refreshed for 2015 with Ford’s Aston Martin-like grille. The underpinnings remain the same. Ford Canada’s Focus sedan is available in S trim, but the least costly Focus hatchback is this SE car. Those seeking finer fittings will look to the Titanium. Those seeking faster Foci will undoubtedly prefer the ST.

HOW BIG IS IT?
Not big enough. Exterior dimensions are in keeping with the Focus’s segment, of course. Hatchback versions of the Subaru Impreza and Hyundai Elantra are 2.4 inches longer and 2.3 inches shorter, respectively, than the Focus; 1.7 and 3.3 inches narrower; and almost identically tall.

And the numbers aren’t lying. The Focus feels too small inside, with the centre tunnel eating into the space of the driver’s right knee. Rear passengers are bundled together like the rear passengers in Ford’s smaller Fiesta. Maximum cargo volume falls 215 litres shy of what you’ll find behind the front row in the Impreza.

DOES IT WORK?
Blessed with 160 horsepower out of the box, the Focus is well on its way to overcoming its tiny cabin with sportiness. (The first-generation Ford Focus SVT produced just 170 horsepower.) Ford’s 6-speed PowerShift automatic is not among the best dual-clutch transmissions, hanging on to gears when it shouldn’t and not shifting all that swiftly, which we thought was the true purpose of dual-clutch transmissions.

But the Focus is sufficiently quick. It’s also nimble and perfectly willing to change direction on a moment’s notice. Better yet, the chassis underneath the swift and agile Focus doesn’t sacrifice ride quality.

The roads of Halifax, Nova Scotia, couldn’t be much worse, and small cars with their shorter wheelbases are typically the ones which are most likely to pay the price. Not so with the Focus, which provies capable of marry enthusiast-pleasing roadholding to the firm serenity we all crave in traditional Germanic fashion. Remember, Ford of Europe, which thankfully replaced our Escort with their Focus, is based in Cologne.

IS ANYONE BUYING IT?
Through the first-half of 2015, the Focus is Canada’s seventh-best-selling car. But in this case, that means six Focus competitors sell more often than the Ford. Canadian Focus volume slid 8% in 2013, 13% in 2014, and is down 12% so far this year. So yes, people are buying the Focus – it’s even a popular car. But it’s not nearly as popular as it was.

SHOULD I BUY SOMETHING ELSE INSTEAD?
There are probably no more than two compact cars which do what the Focus does better than the Focus. Both the Mazda 3 hatchback and Volkswagen Golf are engaging to drive, like the Focus, but they have better interiors. The Mazda may well be more athletic. The Golf is more refined. But opting for one of them instead of the Focus hatch means paying more (in the case of the Golf) or overlooking all the anecdotes your friends have told you about Mazdas and rust. 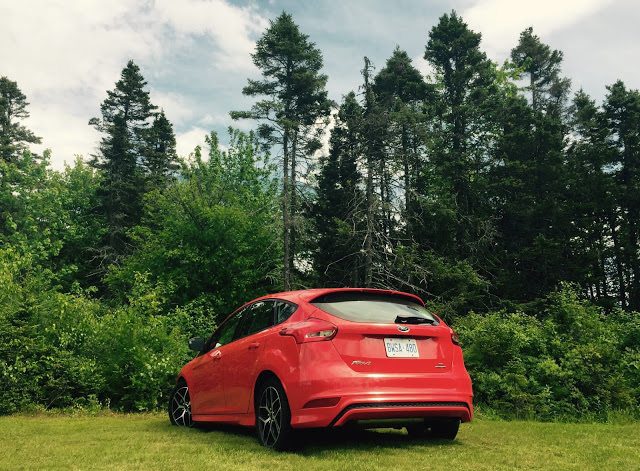 HOW MUCH SHOULD I PAY?
This car is quite tastefully outfitted. The hatchback’s flexibility makes the sedan a no-go. Focus Titaniums are nice but are likely a bit dear for the pocketbook of most compact car buyers. Skip the disappointing dual-clutch automatic to save $1075. A $700 SE winter package adds the leather-wrapped wheel, proper floor mats, heated seats and mirrors, and a really pleasant heated steering wheel. That’s a $22,014 car currently discounted to $20,536 with Ford Canada’s employee pricing adjustment.

Then, maybe your negotiating technique will produce a sub-$20K out-the-door purchase. At that price point, the Focus can pretend it’s a small family car, but it plays an even more convincing role as a modern warm hatch, particularly with a manual transmission.

Timothy Cain is the founder of GoodCarBadCar.net, which obsesses over the free and frequent publication of U.S. and Canadian auto sales figures. Follow on Twitter @goodcarbadcar and on Facebook. The Focus was supplied by Ford Canada’s press office.