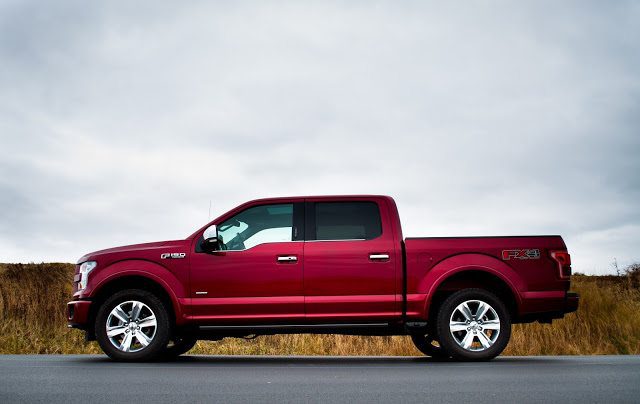 Maybe I’m older than I think, but it doesn’t seem that long ago that hopping into the new pickup truck owned by a neighbour or uncle went hand in hand with hoping they’d optioned it up with air conditioning.

The pickup truck market went through two major transformations in the 1990s, however. First, the 1994 Dodge Ram brought intentional style to the pickup truck arena. Year-over-year, sales of the Ram tripled in 1994.

A few years later, the tenth-generation F-Series modernized the Ford F-150 lineup for the first time in nearly two decades, and in 2000, Ford began the process of bringing crew cab mentality to the mainstream truck market. As Ford furthered that idea with a new F-150 for 2004, the year before Hurricane Katrina spiked fuel prices, total U.S. F-Series sales rose to 940,000, a total seen neither before nor since.

The pickup truck market isn’t in a revolutionary phase at the moment, but trucks are changing more rapidly, and the market’s tastes are evolving rather swiftly, as well. FCA’s Ram brand brought diesel back into the light-duty market. GM’s two-pronged full-size approach is producing class-leading market share in the United States, and GM has also restored interest in the small/midsize pickup truck segment. At Ford, aluminum bodies were a key part of the F-150’s transformation for model year 2015.

And while luxury marques were pushed out of the truck market – there’s no more Lincoln Blackwood or Mark LT; no Cadillac Escalade EXT – premium pickup trucks form an increasingly large portion of the truck market. TrueCar said one-quarter of all F-150s sold in the United States last year cost more than $50,000.

North of the border, prices reach into the upper echelons of luxury. The 2015 Ford F-150 Platinum EcoBoost SuperCrew 4×4 we tested last week is not the most expensive F-150 Ford Canada sells. But the window sticker still reads $77,349.

WHAT IS IT?
Ford’s F-Series range of pickup trucks, led by the light-duty F-150, are the best-selling vehicles in North America. Rarely does a moment pass when you can’t spot a handful of F-150s at once. Six out of every 100 new vehicles sold in Canada is a Ford pickup truck; four out of every 100 in the United States.

Relative to its rivals, the F-150 SuperCrew with the shortest bed, at 231.9 inches long, is 1.9 inches longer than a similarly outfitted Chevrolet Silverado and 2.9 inches longer than a Ram 1500. With 79.9 inches of width, excluding the mirrors, the F-150’s body is one-tenth of an inch narrower than the Silverado and half an inch wider than the Ram. Height and ground clearance depend greatly on configuration. The last Ram 1500 Crew Cab we tested was a 2014 EcoDiesel weighing in at 5,802 pounds. Our 2014 GMC Sierra Crew Cab 5.3L SLT tester tipped the scales at 5,341 pounds. Ford says this F-150, at 4,890 pounds, is 912 and 451 pounds lighter than those two trucks, respectively.

DOES IT WORK?
Start outside. We typically have very little to say on the subject, since we figure can study the pictures yourself and because style is subjective. But the F-150 is very handsome, very authoritative, and very obviously a Ford. The massive “Platinum” plate across the tailgate is, sadly, both garish and chintzy. The proletarian FX4 badge seems tawdry on such a highfalutin truck. But for the most part, in a world of fairly attractive pickups, the F-150 stands out without sticking out like a sore thumb.

Inside, the 2015 F-150 is still let down by an infotainment unit that wasn’t impressive three years ago. MyFord Touch works – there are no system freezes – and it’s not really all that complicated. But it’s slow and fiddly. (Newer F-150s will operate with SYNC 3.) Tech aside, the F-150 interior is, for the most part, a wonderful place to spend time. The sensation of space is as strong as you’d expect, perhaps stronger. The truck is well built, and there are unique touches like the door pulls, a nifty sliding panel ahead of the shifter, and plentiful ambient lighting to keep things interesting. Visibility isn’t best-in-class, however, and the seats in this Platinum tester were deemed by everyone who tried them to be too firm with seams too prominent.

On the move, the F-150’s 3.5L twin-turbo V6’s 365 horsepower and 420 lb-ft of torque are made known just off idle. Not only is the F-150 3.5L EcoBoost far from slow, it’s verifiably quick, with nought-to-highway-speed times well below six seconds. The 6-speed automatic isn’t the wonder that Ram’s 8-speed is, but it’s never caught flubbing shifts; never drawing negative attention to itself.

The jittery ride is attention-grabbing, unfortunately, though it may be exacerbated in this truck by 20-inch wheels and the FX4’s off-road-tuned shock absorbers. Never does the F-150 let you forget that you’re in a truck, as opposed to the magic carpet ride one encounters in an upmarket Ram 1500 with air suspension.

The F-150 doesn’t steer as quickly or with as much precision as the Ram, either, and the delightfully progressive brake modulation enjoyed in a GMC Sierra/Chevrolet Silverado is missing in the F-150. Cornering too quickly in the Ram or GM twins? You’ll be alright, as they’ll instill you with a measure of unexpected confidence. In the F-150, you’ll back off. The F-150 is the lightest truck of the bunch, but it feels like the more ponderous in most situations.

IS ANYONE BUYING IT?
Sometimes it seems like everyone is buying it. But F-Series sales aren’t as strong this year as last. Blame can be laid, in part, at the feet of supply. As Ford transitioned from one generation to the next, it was difficult for consumers to find the exact F-150 they wanted. As a result, the F-Series’ Canadian market share in the overall truck category is down to 34% in 2015 from 38% in 2014. The F-Series is Canada’s top-selling truck and top-selling vehicle vehicle, but sales are down 5% this year.

In the United States, F-Series sales are up 1.5% in 2015, but for the first time since 2009, GM’s full-size twins will combine to outsell the F-Series, which isn’t expanding its volume nearly as fast as the overall truck category.

SHOULD I BUY SOMETHING ELSE INSTEAD?
If there was only one reason to look elsewhere, it would likely be price. Because supply is still relatively constrained compared to demand, Ford isn’t incentivizing F-150 purchases and leases to the degree that General Motors and Ram are. This was a topic we discussed in our review of the Ram 1500 EcoDiesel last week. Although you may think the optional diesel upgrade is too expensive, Fiat Chrysler Automobiles’ steep discounts make the Ram 1500 EcoDiesel a very interesting value proposition.

The prices we quoted above, even for this specific truck, are not the out-the-door prices an actual customer will pay for the F-150. But if you’re not tied to the Blue Oval, it’s worth considering trucks that may cost less than the F-150, particularly since the Ram excels in ride/handling terms and the Chevrolet Silverado and GMC Sierra offer such a quiet interior. 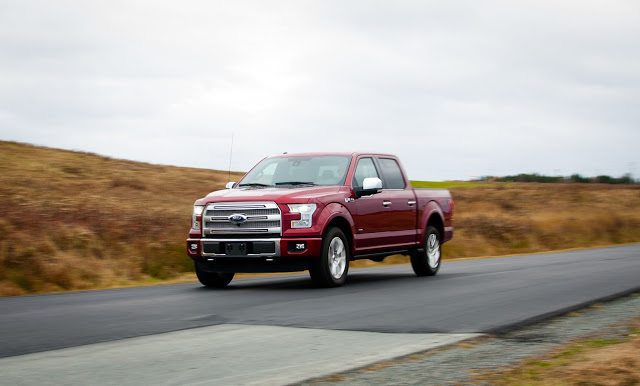 HOW MUCH SHOULD I PAY?
If you’re considering a luxury pickup truck, I’m not going to stop you. Not only is this Ford equipped like a true luxury vehicle – heated steering wheel, full-length moonroof, cooled seats, abundant safety kit, 360-degree cameras, power retractable running boards – but it also proves that space is luxury. Spread three across in the back, your kids’ shoulders won’t even be close to touching, and they won’t be able to stretch their legs far enough to reach your seatback.

But it’s a lot of money for a truck that is, in essence, very much the same as an F-150 SuperCrew 4×4 with the shockingly quick 2.7L EcoBoost V6 and Ford Canada’s popular 302A package: powered and heated seats, remote start, power-sliding rear window, backup camera, reverse sensing. That truck currently lists for less than $50,000. Pretentiousness and fripperies account for much of the $27,000 difference.

WHAT’S THE VERDICT?
Put to work the way many modern pickup trucks are – as a family car and commuter – a 2015 Ford F-150 on 20-inch wheels with the FX4 off-road package simply isn’t as effective an on-road companion as a Ram 1500 with air suspension. EcoBoost power is, at best, more like BoostEco. And in a nearly $80,000 pickup truck in 2015, making MyFord Touch/SYNC a part of your daily journey feels a little like paying extra for an iPhone 3GS in a world that’s already welcomed multiple generations of newer iPhones.

As a true work pickup truck, however, even in Platinum trim, the 2015 Ford F-150 EcoBoost excels. Abundant power and torque and a strong structure create payload and towing capacity that shame the Ram 1500 EcoDiesel we reviewed last week. Sure, the Ram consumes less fuel and drives nicer when not working, but it can’t work as hard. F-150 SuperCrew 4×4 EcoBoosts are rated to tow up to 11,400 pounds with payload capacity of up to 2,650 pounds. Together, those are unbeatable figures in the light-duty segment, figures which crush the Ram and are challenged only by GM’s 6.2L V8, which narrowly bests the F-150 in terms of towing but doesn’t come close in payload capacity.

Timothy Cain is the founder of GoodCarBadCar.net, which obsesses over the free and frequent publication of U.S. and Canadian auto sales figures. Follow on Twitter @goodcarbadcar and on Facebook. The F-150 was supplied by Ford Canada’s press office.