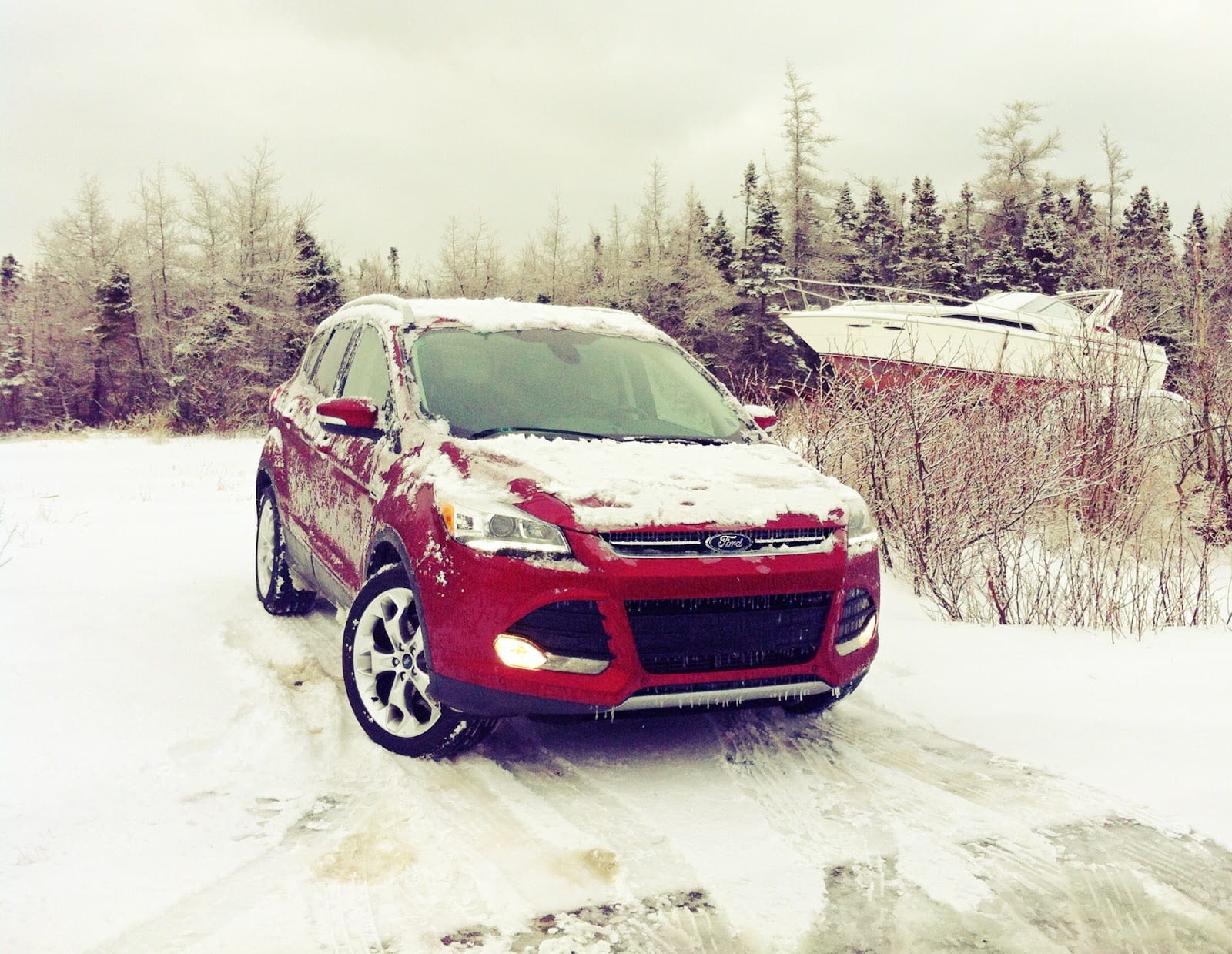 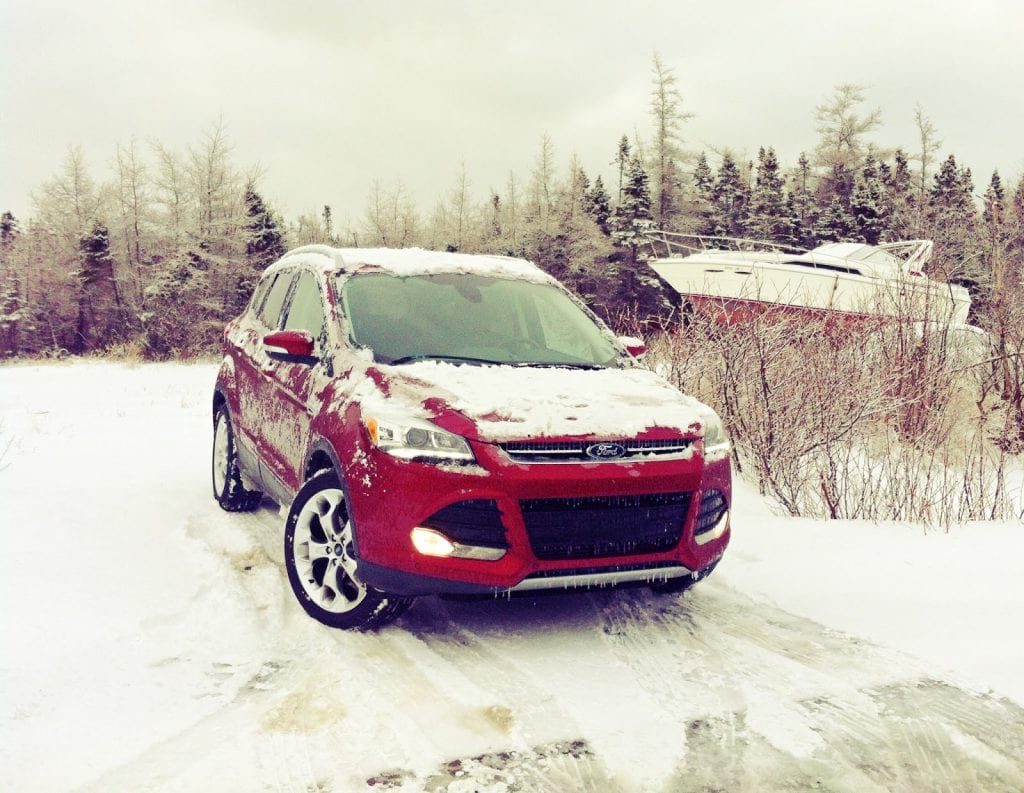 After only one brief stint in last week’s 2015 Ford Escape tester, I was already angry with this heavily optioned Titanium AWD specimen.

The anger had nothing to do with our first drive to the other side of Halifax. And I wasn’t even in the Escape, let alone driving it, when my resentment blossomed. I was shovelling our driveway during a lull in the blizzard that left New York in peace, hammered Boston, and slathered Nova Scotia’s capital with ice after a few inches of snow fell. With four vehicles jammed into our small driveway to avoid the on-street winter parking ban, the Escape’s tailgate insisted on opening of its own accord with frustrating frequency.

Armful of groceries? Yes, hands-free tailgate opening might then be useful, if you can maintain your balance while holding the grocery load in your right hand, perching the 15-month-old child on your left hip, and doing the jitterbug under the rear bumper. But when you’re engaged in clearing a driveway of snow and a tailgate opens again and again and again… and again, allowing a large amount of blowing snow into the car, a shovel-activated tailgate becomes the worst bit of kit ever fitted to a modern car. As memory recalls, when a waving foot called upon the hands-free tailgate to open in our Ford C-Max test car two winters ago, it typically refused. Now, when I’m shovelling in a winter storm with keys to multiple cars in my pocket, the Escape’s tailgate becomes overzealous. What must the neighbours think?

Thankfully, during the week we spent with a 2015 Escape supplied to us by Ford Canada, nothing else spawned such irritability.

The Escape, now in the third model year of its second-generation, is not without lingering faults. 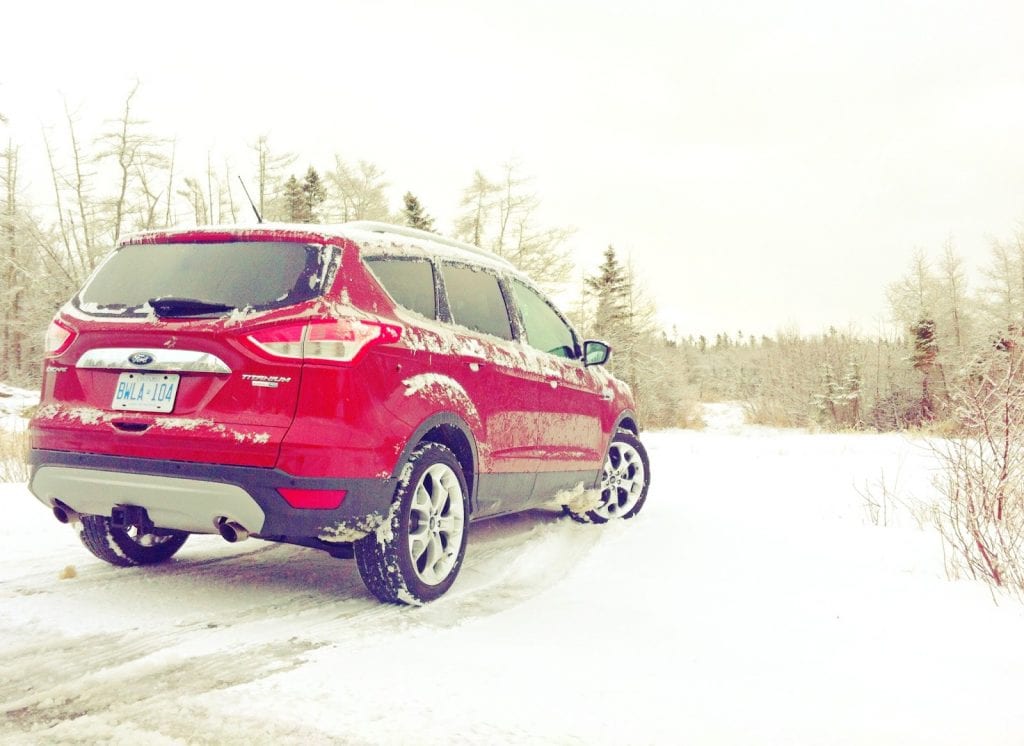 MyFordTouch doesn’t really bother me, but needing to reach and turn my wrist into a Spiderman-like shape to use the lower portion of the screen isn’t cool. The upgraded Sony stereo never impressed. A number of interior bits, including the “leather-wrapped” steering wheel and the column-mounted stalks, are downmarket items appropriate for cars in another price spectrum, as are the levels of noise and vibration which make their way into the cabin. The defroster is painfully slow. 240 horsepower (231 on regular fuel) doesn’t feel as special as you thought 240 horsepower would feel in a small SUV because the horses are saddled with nearly 3800 pounds. Real-world fuel efficiency measured a disheartening 12.4 L/100km, hindered by the freshness of our Escape which travelled from the factory to our door. (The Escape is rated at 11.4 L/100km in the city; 8.4 on the highway.) Worst among the Escape’s letdowns, overall interior space doesn’t come close to matching the Honda CR-V in which we sprawled earlier in January.

But a week of driving the 2015 Escape, with its torquey 2.0L turbocharged four-cylinder and Euro Ford dynamics, made it easy to see why this is consistently Canada’s best-selling utility vehicle. To actually drive the Escape – not just to reside in it, but to engage yourself in the process – is to realize that pleasing on-road behaviour can be found in a high-riding crossover, even one that’s not made by a premium brand.

The ride/handling balance is wonderfully fine-tuned. The suspension, even on 19-inch wheels, masks the impact of harsh road imperfections while remaining sufficiently communicative for the driver to feel confident on a twisty road. It’s more nimble and tossable than the CR-V, but its hefty curb weight holds the Escape back from the eager feel of the Mazda CX-5, the last version of which we tested tipped the scales with 233 fewer pounds than this Ford. Steering feel is mostly absent, as it is in almost every new car on sale today, but the Escape’s rack is quick and consistent. Braking would be aided by a slightly more progressive pedal, and the 6-speed automatic could stand to sacrifice some of its smooth slushiness for more rapid shifts.

The Ford still ranks among the keen driver’s best choices in the small SUV/crossover category, even if the EcoBoost 2.0L doesn’t turn the small Escape into a pocket rocket.

At $41,349 as-tested (Titanium AWD Escapes start at $35,949), it’s also among the pricier candidates, though our example was certainly laden with tech gear. Ford’s Active Park Assist needs to work perfectly without fail, and it always has in my hands, or rather, free from my hands. Blind spot monitoring, cross traffic alert, proximity access, navigation, panoramic sunroof: it’s all here. 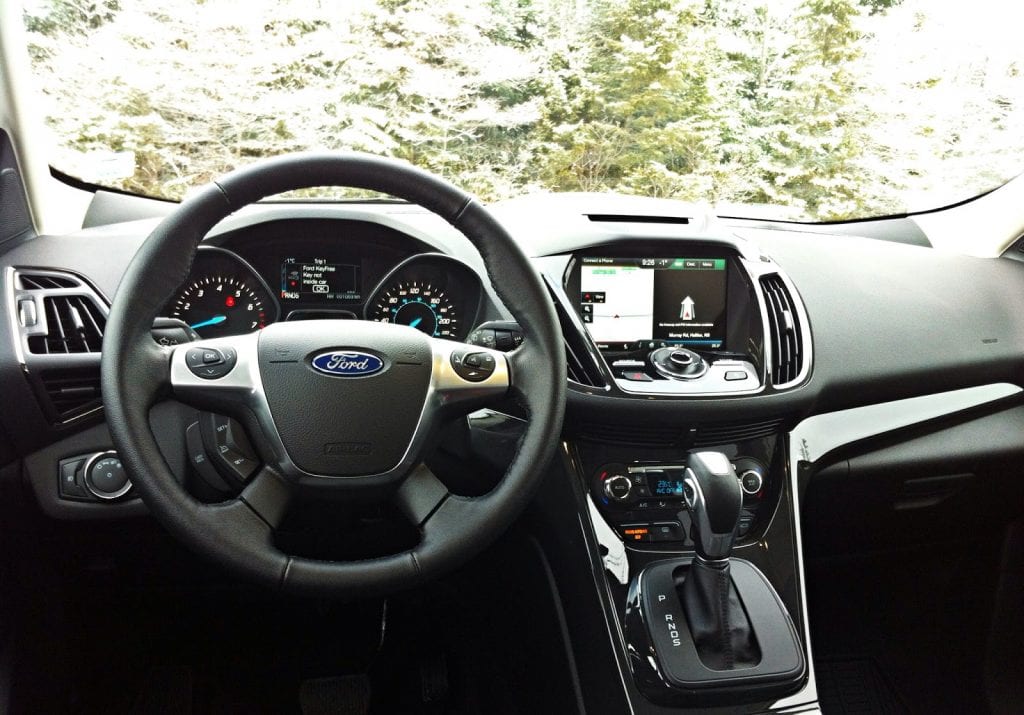 The problem with an Escape that’s this loaded is the broad range of SUVs and crossovers available for the same money, many of which will suffer from an equipment standpoint but will more than make up for their poorer spec with extra usable space.

But how many of them will drive more sweetly? If the space is sufficient for you – and it clearly is acceptable to hundreds of thousands of buyers each year – then the knowledge that other small SUVs offer more space for people and cargo is not terribly pertinent.

In that case, the Escape 2.0L EcoBoost is a charming device, especially if it possesses a lower level of equipment that wouldn’t cause it to be compared with its upmarket sibling, the Lincoln MKC. Especially if its tailgate remains firmly secured in the midst of a January nor’easter.