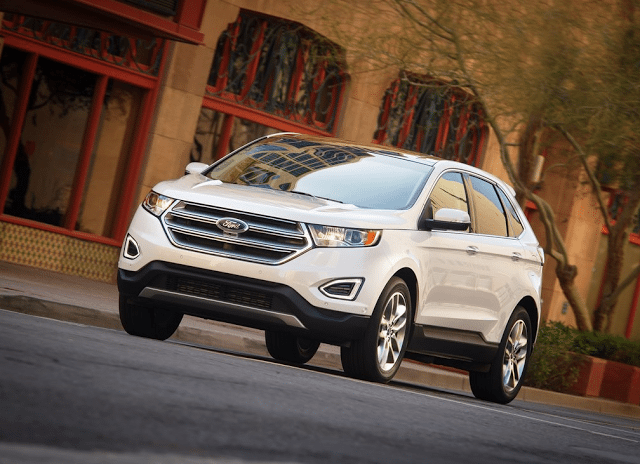 It’s not a strategy unique to Ford, but it remains unusual. In between their compact SUV, the Escape, and their core three-row crossover, the Explorer, Ford also markets the two-row Edge. Bigger and more expensive than the Escape; smaller but more agile than the Explorer.

Ford wants the second-generation Edge to be viewed as a tech powerhouse, as an upmarket alternative along the lines of the Nissan Murano. It looks a lot like the outgoing model, but is sufficiently differentiated to make sure consumers know there’s a new Edge.

There’s also a new 2.7L twin-turbo V6 engine from Ford’s new F-150. The subject of this week’s Alex On Autos video review, however, is the 2015 Ford Edge Titanium with the 2.0L turbocharged four-cylinder.