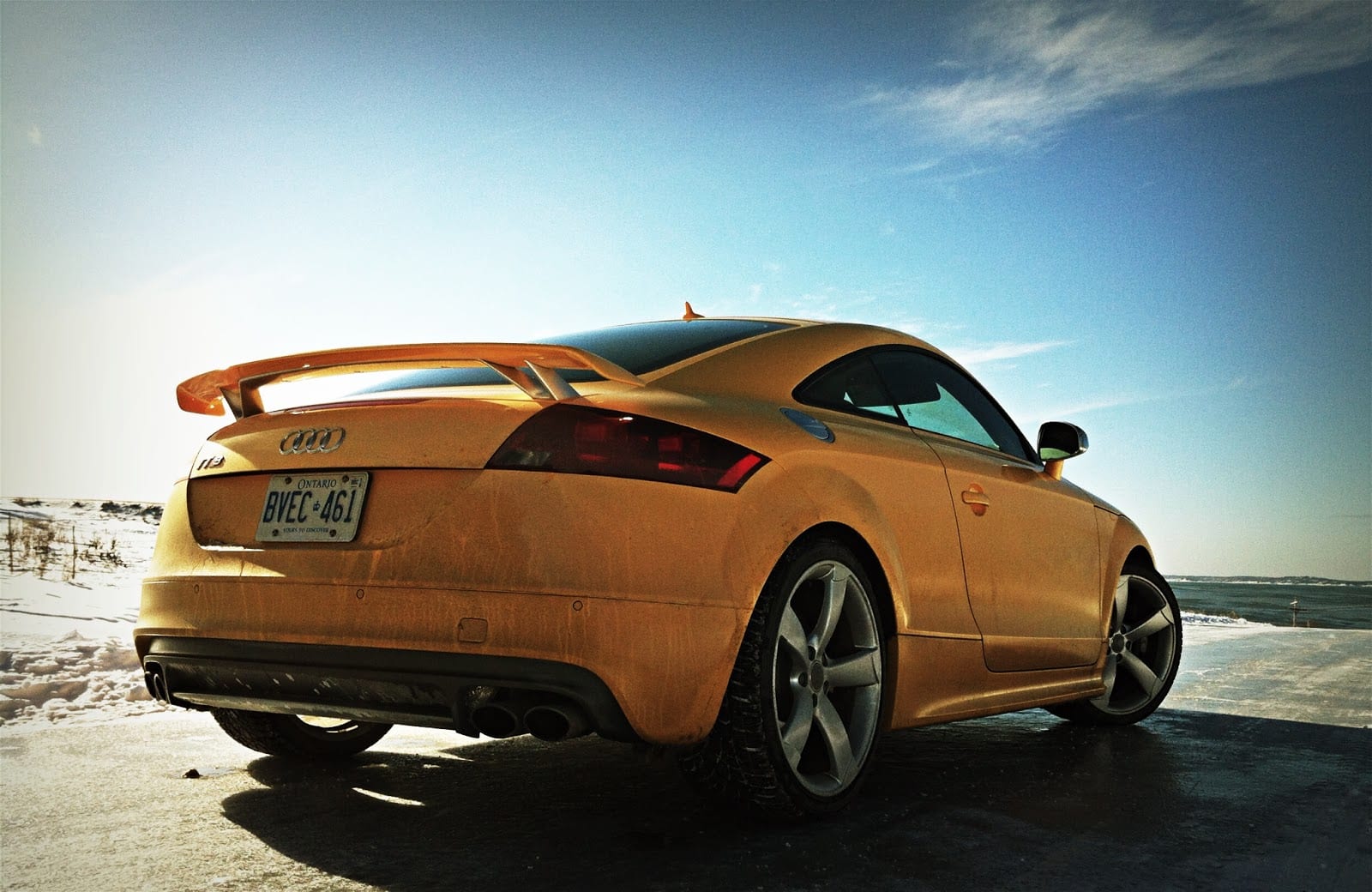 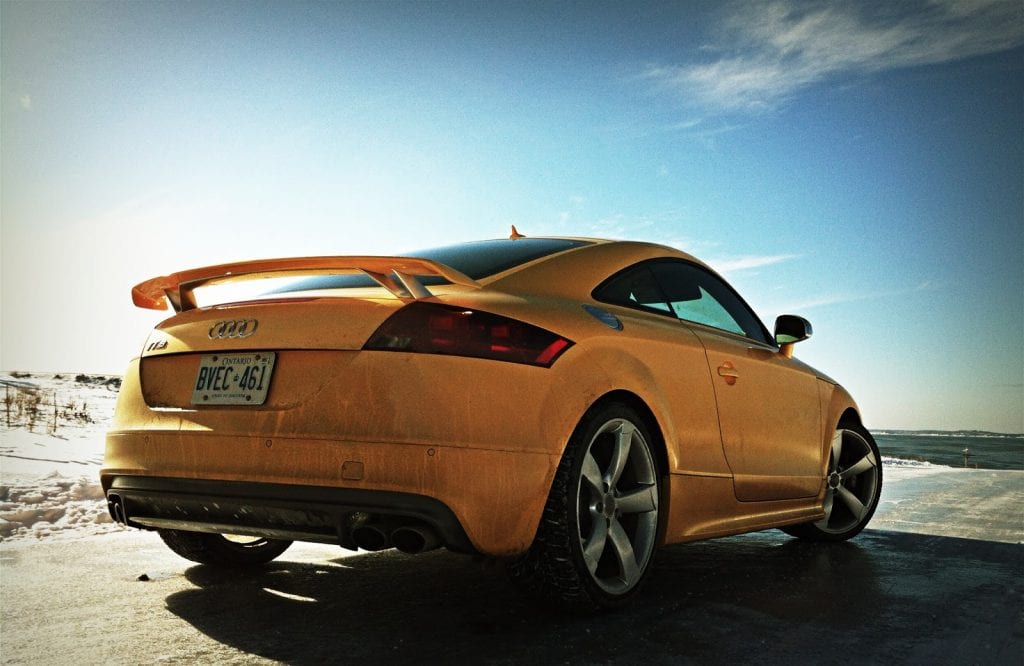 Perhaps it’s age or jaded eyes. Maybe it’s a desire to move the conversation forward. It might even be experience. One way or another, I’ve become increasingly less likely to allow exterior styling to garner more than a passing mention in my reviews of cars, trucks, SUVs, crossovers, and minivans.

This 2015 TTS Coupe Competition convinces me that the second TT is the most attractive of Audi’s three TT iterations. I grew to dearly love the first, but it could be faulted for looking the same coming and going. The forthcoming Mk3 TT seems somehow more formal, more serious, and less visually distinct from the (handsome) Volkswagen Scirocco.

This, however, is a visual stunner in both overall form and in detail.

From the bulging fenders to the artfully arched roof and the properly proportioned grille, it’s deserving of credit for its general aesthetic alone. But the aluminum-finished mirrors and rear wing struts are eye-catching details, the 19-inch wheels are conversation starters, the strakes that lead into the foglights bring further cohesion to the front end. Moreover, the design as a whole testifies to the fact that new cars don’t all look the same. And though it originally went on sale around the time Peyton last won a Super Bowl, the Mk2 Audi TT appears wonderfully current. 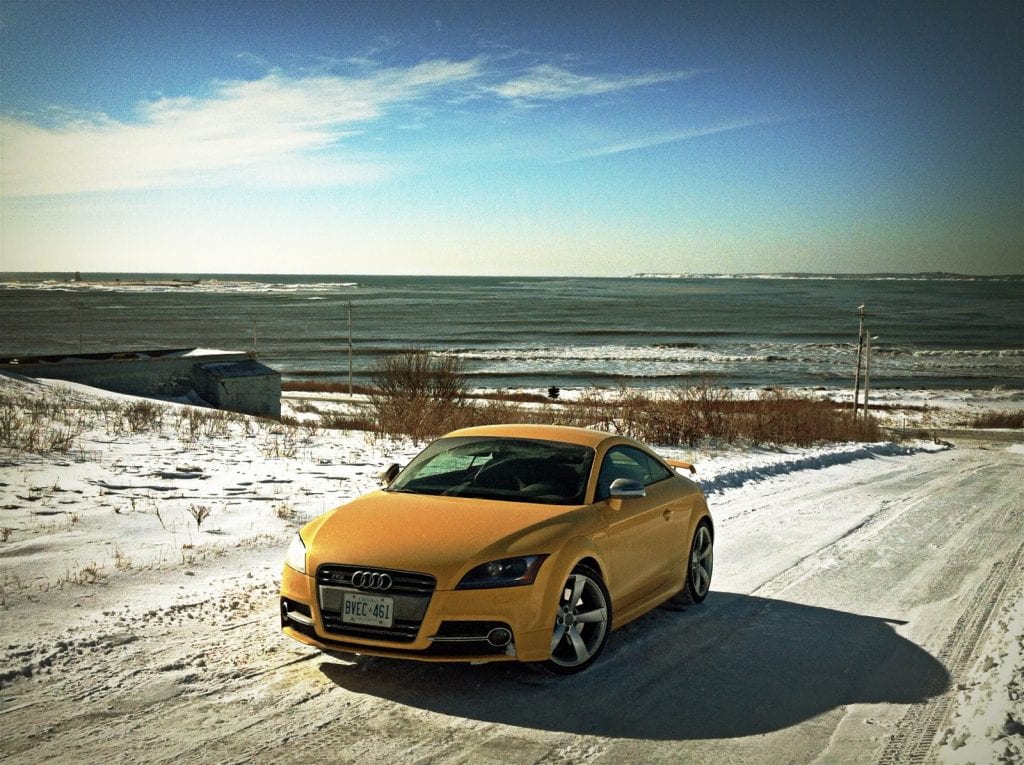 At least on the outside.

You’ll use a key to start the car. There’s no backup camera or much of the on-alert safety gear (there are backup sensors but no blind spot monitoring, for instance) you now expect in $35K+ mainstream sedans, let alone premium brand cars costing around $65,000. The navigation screen, which works with a less than impressive version of Audi’s MMI, is a bite-sized 6.5 inches. The cabin certainly doesn’t rank among the quietest I’ve encountered in the last number of months, either.

None of this is unexpected for a car which traces its design back to the era of the sixth-generation Chevrolet Malibu. (Yeah, it’s that old.) But no matter how good the TTS looks outside, and no matter how high the material quality is inside, these specific elements recall a bygone era, and not in a nostalgic way.

What the outgoing TT lacks in modernity it ultimately makes up for by consistently providing a memorable experience. Granted, the TT, even in this special edition one-of-500 TTS Competition guise, is not among the purest driving sports cars. Yellow baseball stitching and a freaky rear wing can’t make it so. The steering lacks feedback. The brakes may be slightly overservoed in grand Audi tradition. The ride is ultra-stiff when sport mode is engaged and just plain busy when left in normal.

Yet with less than 3300 pounds to cart around, a quick-shifting dual-clutch 6-speed transmission, and all-wheel-drive traction, 265 horsepower is a far larger number than it initially sounds. The TTS Coupe accelerates to 60 mph in five seconds, shifting more intelligently and promptly the harder it’s driven. It’s a delightfully compact package, and with torque to spare, it darts through traffic like an 80s French hot hatch on nitrous. 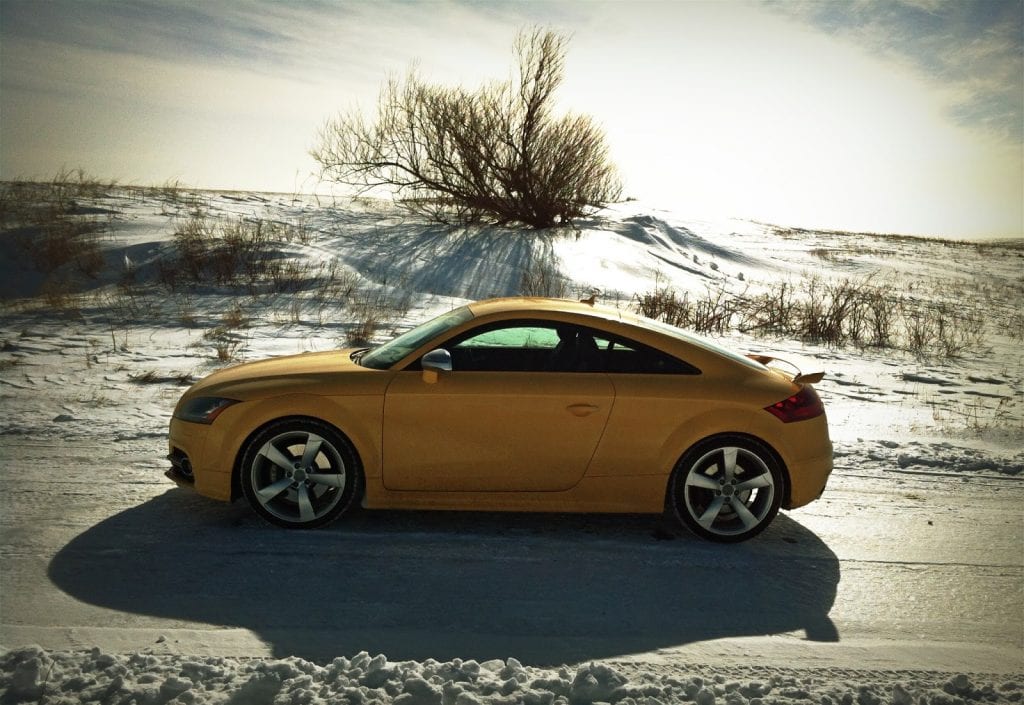 While not quite as practical as an 80s hot hatch (or a current Volkswagen GTI, for that matter), the TT does feature a (barely accessible) rear seat, a usable 371-litre cargo area, and the ability to send power to all four wheels. The BMW Z4, Mercedes-Benz SLK, and Porsche Cayman can not make the all the same claims.

But the Corvette chases a different market, right? Sure, in the sense that the Corvette is intended for a buyer who still exists.

See, the TT’s market may have moved on, not just from the TT but from its compatriots. Oh, the arrival of a new TT will produce a short-lived spike in demand. But is it any wonder BMW’s own sales boss, Ian Robertson, questioned whether the sports car market will ever fully recover from post-recession lows?

Corvette vs. TT? Hey, if I’m the self-appointed final arbiter on the subject of Audi TT styling, shouldn’t I also be the one to decide which car to buy when all 500 global copies of the Coupe Competition are snatched up?