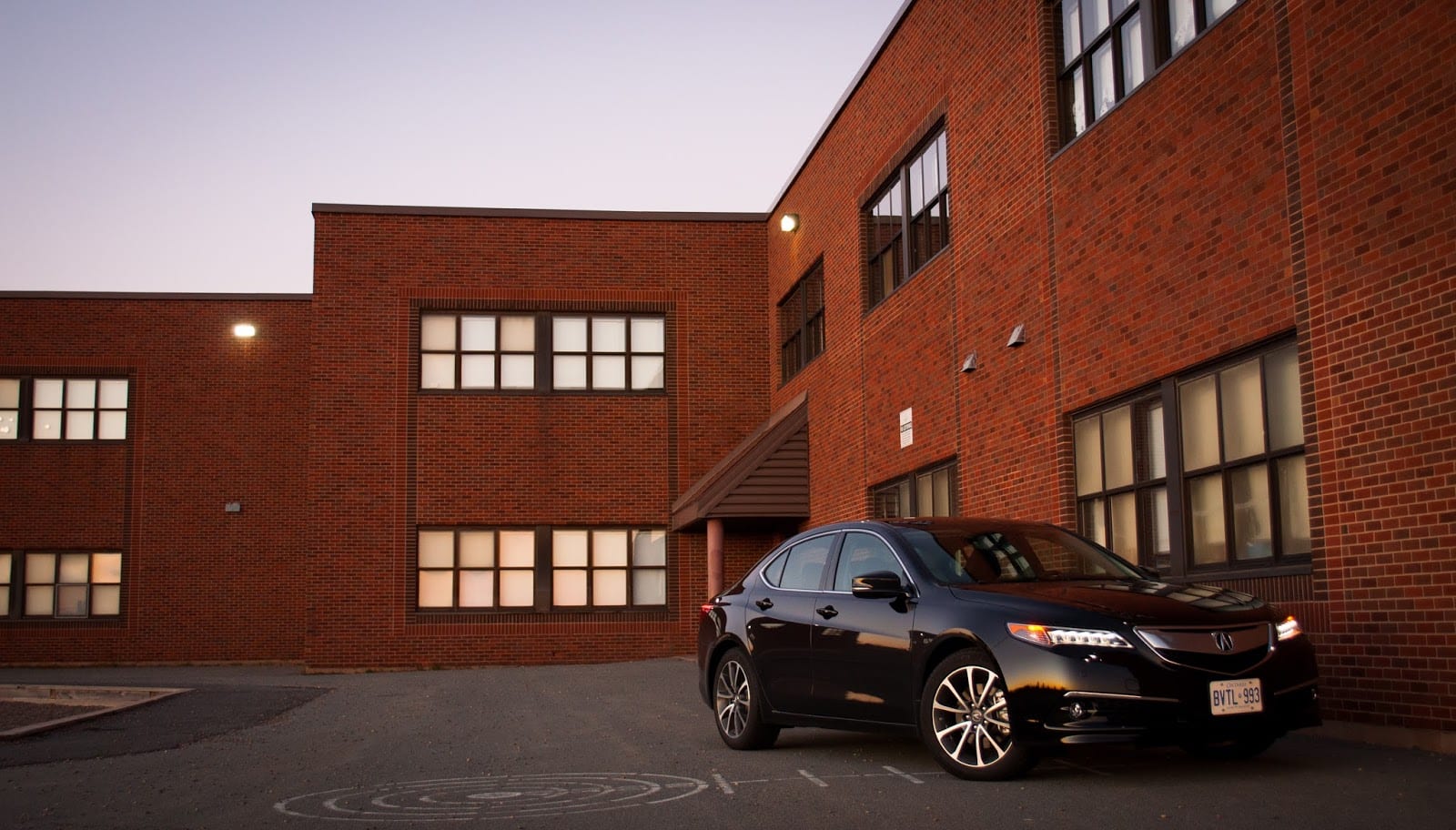 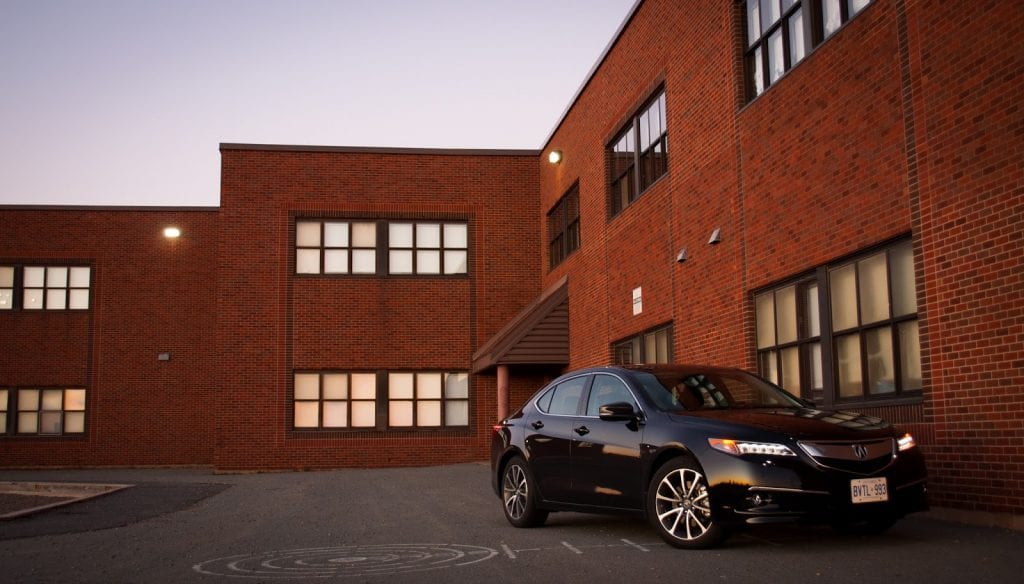 Japanese Automobile History In America 101: The Accord-based Acura Vigor became the Acura TL. The third-generation of that car joined the first Euro Accord-based TSX in Acura showrooms. Both were eventually replaced by less attractive, less desirable sedans, cars which were so much less successful than their predecessors that a new sedan strategy was required for the Acura brand. The fourth-generation TL and second-generation TSX are now extinct.

Alone, the 2015 Acura TLX is stepping in to fill a two-car void.

Having written extensively about the TLX’s early success, I was naturally looking forward to spending time with the car. The 2015 Acura TLX supplied by Honda Canada arrived in our driveway just in time for Christmas. We criss-crossed Halifax numerous times, drove across much of Nova Scotia for an annual pilgrimage to the House Of The Great-Grandmother (and her homemade doughnuts), and attempted to arrive at some TLX-related conclusions.

The car we tested is the most expensive TLX you can buy, a Canadian-trim SH-AWD V6 Elite at $49,485. 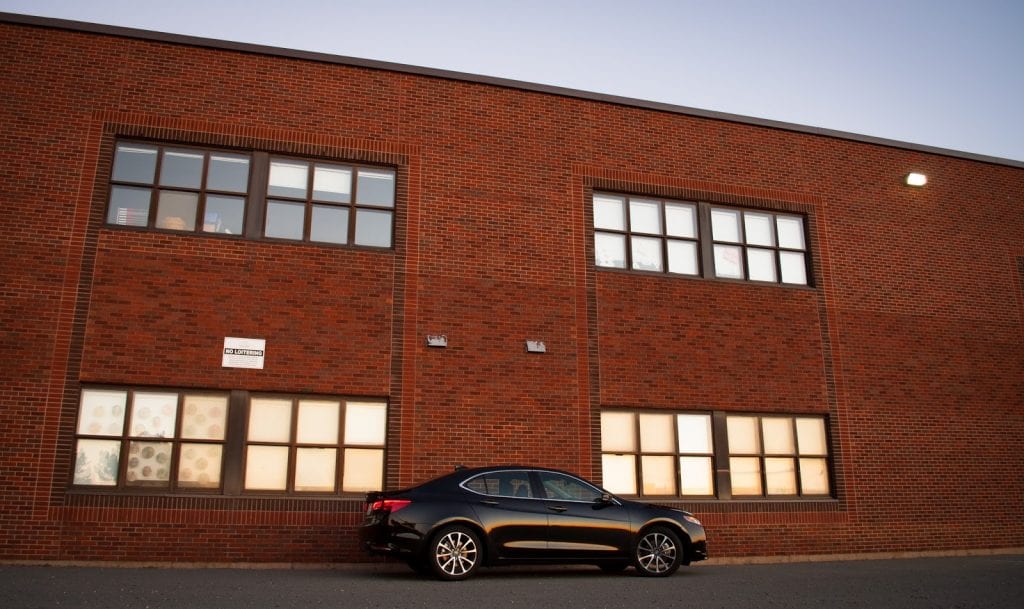 More importantly, equipping one of the European contenders – with their greater sporting credentials and smaller interiors – to match the TLX’s spec sheet would generate a startling MSRP.

Unlike some of those potential rivals, the TLX is a very comfortable, very nicely equipped, very capable car with an injection of sports sedan intentions, not the other way around. The spec chart says the TLX V6 AWD weighs 3785 pounds. It feels like 4000-plus. It’s sufficiently quick, but without the artificially-aspirated torque of six-cylinder powertrains from BMW, Audi, and Mercedes-Benz, it doesn’t produce awe-inspiring off-the-line acceleration.

With Acura’s IDS set in Econ or Normal, the transmission’s reluctance to come out and play is all too noticeable. Sport brightens the picture; Sport+ is too aggressive for your morning commute. Never does the 9-speed feel as though Acura finished the programming. It periodically clunks into a higher gear, doesn’t favour paddle participation, and even with eight others to choose from it’s typically not keen on changing into a higher or lower gear. The transmission doesn’t ruin the experience, but it’s a step back from the ZF 8-speed found in many premium cars. Observed fuel economy of 9.4 L/100km, however, was better than the 10.0L/100km we saw in the Audi S4 and the 10.4L/100km in Mercedes-Benz’s new C400.

Ride and handling are nicely balanced for the real world. It’s not the thrill ride promised by Acura, but the TLX is all the better for it. Our TLX wore Michelin X-Ice winter tires, but a conventionally shod TLX SH-AWD V6 (225/50R18s) likewise won’t be sold with aggressive rubber. This limits the car’s ability to tackle a twisty road at nine or ten-tenths, as does the overall sensation of heft.

But if you’re late for your daughter’s soccer game, driving the Acura with a modest degree of haste but not so much urgency as to attract authoritative attention, the TLX shines. Ride quality remains king, body roll is limited, power is present, it’s never flustered, and the steering is nicely weighted. (Indeed, I suspect the front-wheel-drive 2.4L-powered TLX would be the superior car to drive quickly despite its 84-horsepower deficit, featuring all the comfort-mindedness of this V6 SH-AWD with greater agility.) Not once did the suspension manifest the crashiness intermittently exhibited by many entry-level luxury sedans. And on a highway cruise, a top-end TLX can dramatically reduce driver fatigue by semi-autonomously steering itself with Lane Keeping Assist.

While the TLX’s on-road behaviour is largely in keeping with our real world desires (and not actually in keeping with Acura’s marketing statements), the TLX’s complicated interior is a letdown. There are quick access buttons to help the driver find key menus, but Honda/Acura persists with the dual-screen format. Counterintuitively, the controls below the lower screen operate the upper screen. To make matters worse, the system is also consistently slow to react to inputs.

Parallel parking? There’s a slim rectangular button for park, a button pulled back for reverse, a larger rectangle for neutral, and then a circle to depress for drive. Did shifters need to be reinvented? If so, rotary knobs did it better.

Still, the TLX is (thankfully) normal in most ways. This is a FWD-based sedan with a high-tech AWD system. There are no on/off turbos here, just a smooth Honda V6. Its exterior styling will cause TLXs to disappear in parking lots full of ostentatious luxury sedans. It’s very reasonably priced. Visibility? Better than average. Sportiness? Neither emphasized nor absent. 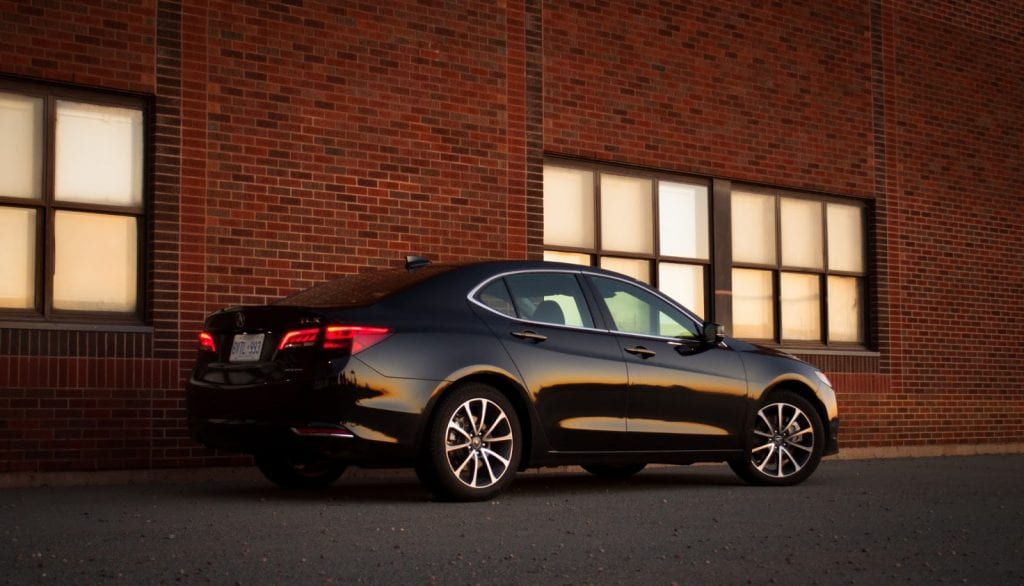 The Acura TLX, regardless of engine and trim, will appeal to premium car buyers who don’t need their car to declare to the world the enormity of their year end promotion. LinkedIn does a better job of that anyway.

For the TLX to appeal to me personally, I would need Acura to simplify the interior and finish refining the transmission. Then I could forget about manual-shift first-gen TSXs and handsomely proportioned third-gen TLs in order to enjoy this car for what it is: a tasteful, powerful, efficient, value-conscious, family sedan. And with optional self-steering, I could enjoy more of Grammie’s doughnuts, too.

* Along with Acura, we recommend you hold on to the steering wheel. You should also limit your intake of doughnuts.