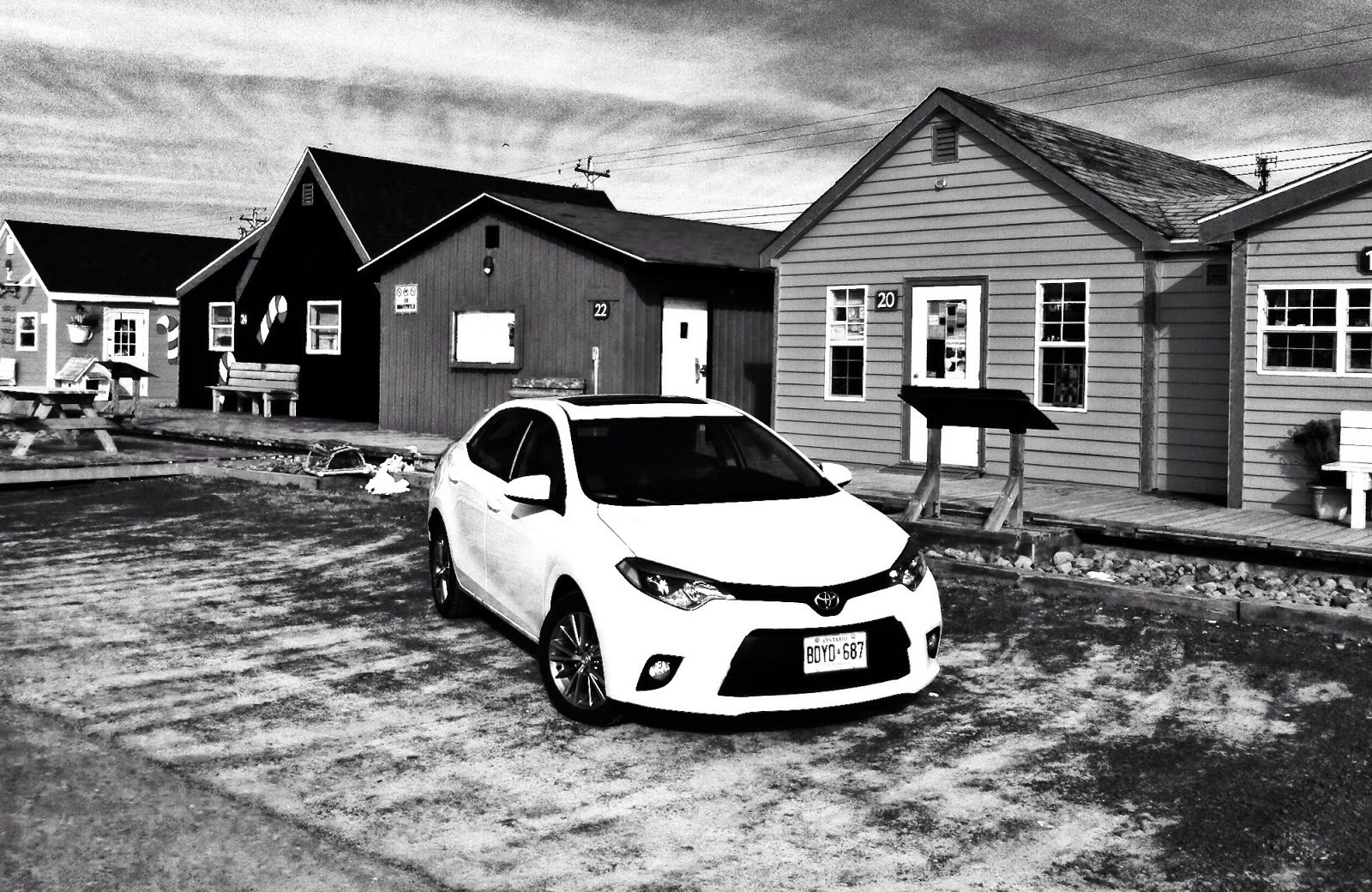 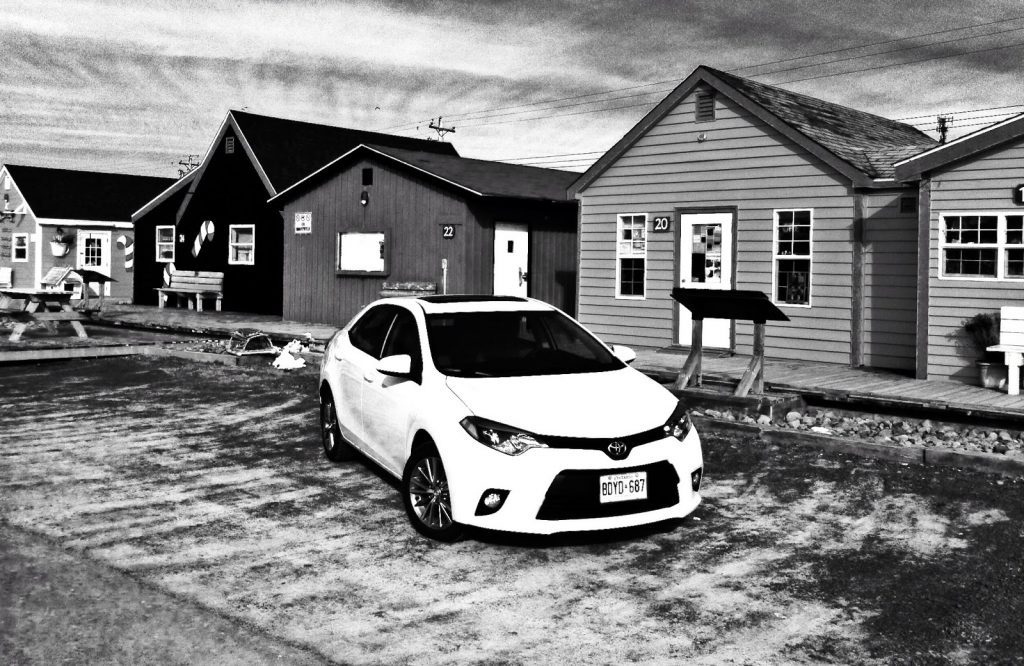 Maybe they’d change the exterior of the can in order to appear more modern. Perhaps, in 2009, they would have reduced the amount of sugar in order to sound healthy. Perhaps, in 2014, they would have increased the amount of sugar so as to be nostalgic. They’d probably ride the wave of hyped-up fruit by adding a pinch of açaí. In a mid-cycle refresh, Coca-Cola could add a Punch Top vent to the top of the can, market the new design as all-new with commercials starring the next Hollywood icon, an actress who as of yet has no DUIs on her record.

One thing is certain: no matter how they altered Coca-Cola Classic, no matter the extent to which they tinkered and adjusted, we would drink the new can side-by-side with the old can in order to form conclusions.

Cars, however, are not Coca-Cola. Well, most cars aren’t. Auto reviewers have been united in drawing favourable comparisons between the 2014 Chevrolet Impala and the ninth-gen car it replaced, but they’ve often forgotten to consider that consumers might cross-shop the new Impala with, for example, the new Toyota Avalon or a Chrysler 300. You don’t care if the new Mitsubishi Outlander is better than the old one – time should bring about improvement, shouldn’t it? – but you do care whether it’s a viable rival for the Honda CR-V. Which it isn’t. 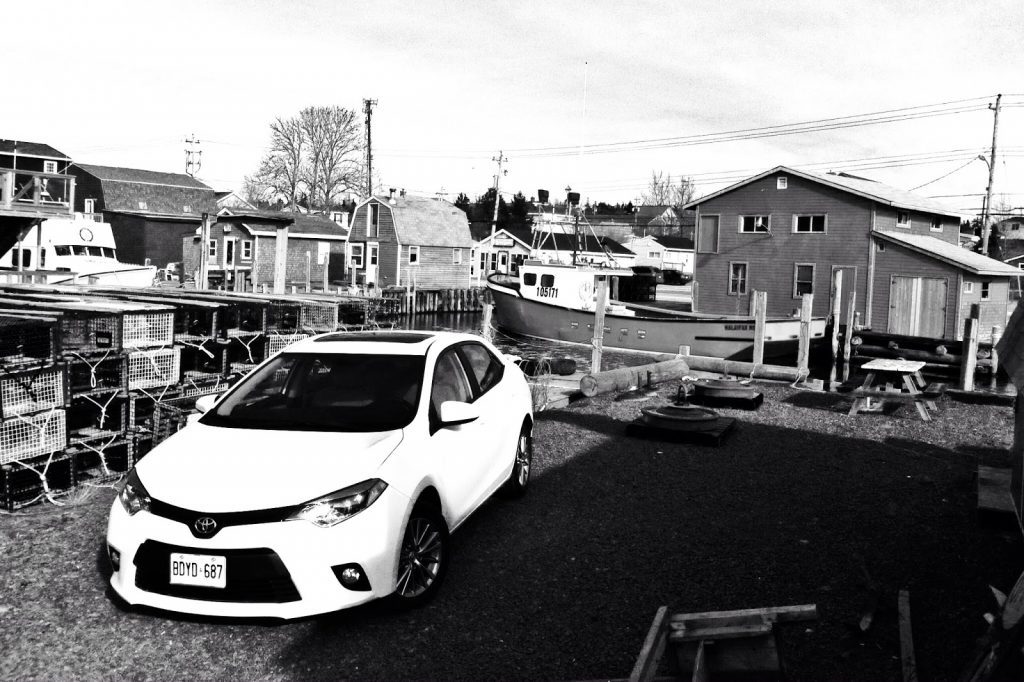 But the new-for-2014 Toyota Corolla isn’t a Chevrolet Impala, established though that nameplate is, nor is the new Corolla the same as the Mitsubishi Outlander, fighting tooth and nail to break through the 1000-unit monthly U.S. sales barrier.

The Corolla – an LE version of which was delivered to GCBC Towers a week ago by Toyota Canada – has historically inspired the kind of brand loyalty that leads its owners to consider replacing their current Corolla with nothing but a Corolla. It has generated a reputation for peerless reliability that leads nieces of nine-time-Corolla-owning aunts to test drive just the one car, a Corolla, because, “My aunt’s Corollas never break.”

As a result, why bother considering the ramifications on the compact segment that a new Corolla provokes? Why bother entering the Corolla in a comparison test with the Honda Civic, Mazda 3, Nissan Sentra, Hyundai Elantra, and Chevrolet Cruze?

If Coca-Cola Classic was new for 2014, you’d only need to know if it was better than the old stuff. Toyota’s Corolla is new for 2014. Is it better?

Uh… yeah, Cletus, it’s better. It better be better. Corolla owners are loyal, but they’re not going to stick with the Toyota brand forever if the car they’re hoping to purchase turns out to be ready for a retirement garage.

Part of what charmed me about last year’s Corolla – okay, “charm” may be way too strong a word – was the car’s ultra-simplistic interior. There was no time required to get to know a complicated infotainment system, no hunting around for vital buttons, no searching for something as simple as the radio seek button.

That’s all still in order in the 2014 Corolla. Steering wheel buttons, for example, are massive. M-A-S-S-I-V-E, I tell you. Control knobs are actual knobs. Cruise control and fan speed aren’t controlled by the same voice command. Connecting your phone isn’t a 27-step process that involves turning the treble down and adjusting the passenger-side mirror.

Time will prove every part of this interior to be indomitable; nothing will crumple under the weight of frequent use. The delightfully compact steering wheel is wrapped in Lexus-like fashion. Unfortunately, the centre screen isn’t canted rearward and it’s terribly far from the driver’s line of sight.

The interior dimensions are compact, but only so much as they should be in a car this size. Toyota has made the Corolla feel much more spacious in back than it was last year, and even the Corolla driver feels less cuddled by the door door and centre console. Yes, the Corolla interior’s straightforward nature is a welcome sight if you know Corollas or if you’ve spent time in, say, a Ford Focus. Yet the overall design which would have felt futuristic in 2001, out-front in 2005, and normal in 2009 now feels old, from the small gauge font to the 1990s clock to the small air vents.

It’s important to remember that the interior’s high point, the Corolla LE’s leather-wrapped steering wheel, isn’t present for your personal enjoyment. This is a Corolla, and there’s no desire here for there to be much in the way of man-machine bonding. The 2014 Corolla is prone to a bit of wandering on the highway. There’s an unbecoming amount of understeer, as no modern Corolla driver has ever asked for a smidgen of lift-off oversteer.

In addition, brake feel is poor, but not as poor as it was in the Corolla CE GCBC tested in 2013, a car which was clearly sent here to prep auto reviewers for the wild improvements we’d find in the MY2014 Corolla. You’ll find some power as revs rise, but this car never felt as though it was generating 132 horsepower. 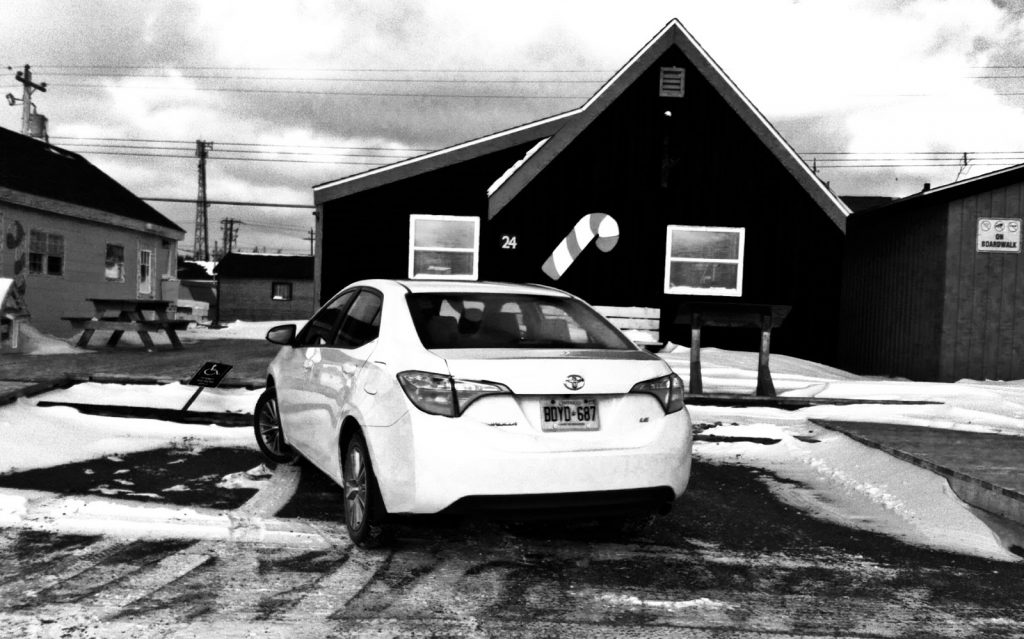 It’s hard to blame the continuously variable transmission for sapping the 1.8L four-cylinder’s output, too, as this is the best low-power CVT implementation I’ve encountered. Would I prefer a conventional 6-speed automatic? I’d prefer to shift for myself, but this really is CVT tech at its best, and it’s a real coup for Toyota, as numerous automakers are fitting their compact sedans with CVTs, and the fitment elsewhere isn’t this successful.

The Corolla is a lightweight compact, and as a result, sudden changes of direction are coped with, but it’s almost as easy to fluster this car as it was to befuddle the 2013 Corolla, a car which never enjoyed being driven swiftly. The Corolla’s seatbacks are too flat to get wet’n’wild in the corners anyway, as you’ll slide into your passenger with haste. This new Corolla is more composed than the outgoing car, a sensation that originates from every place where you could measure composure: power delivery, brakes, steering, NVH, ride quality, etc. But if you wanted a compact car to hustle down back roads, you wouldn’t be looking at a 2014 Corolla.

One tends to feel bad for Toyota buyers who chose to buy a 2013 Corolla in the last few months, potentially huge incentives aside. The 2014 Corolla, especially in this affordable but nicely equipped mid-range LE Upgrade Package trim, is just as much a Corolla, but it has upped the ante in terms of sharpness and sophistication, and it is far superior all around.

Problems remain. In an industry full of flavourful, refreshing, sweet, fizzy Cokes compact cars, the 2014 Toyota Corolla comes across a little flat. The luxurious Kia Forte, fun and stylish Mazda 3, uniquely diesel-powered Chevrolet Cruze, and a handful of others are generally better than the Corolla.