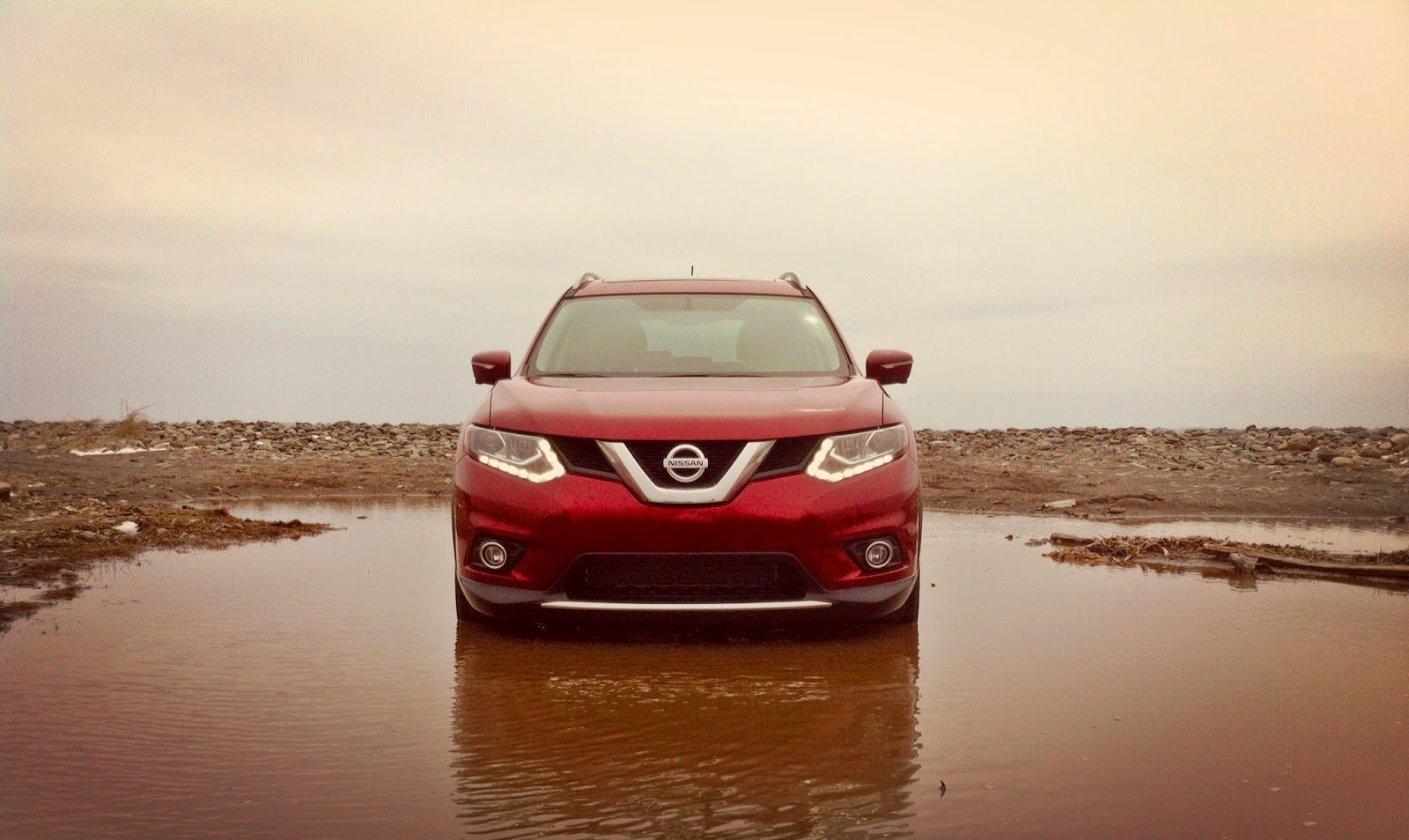 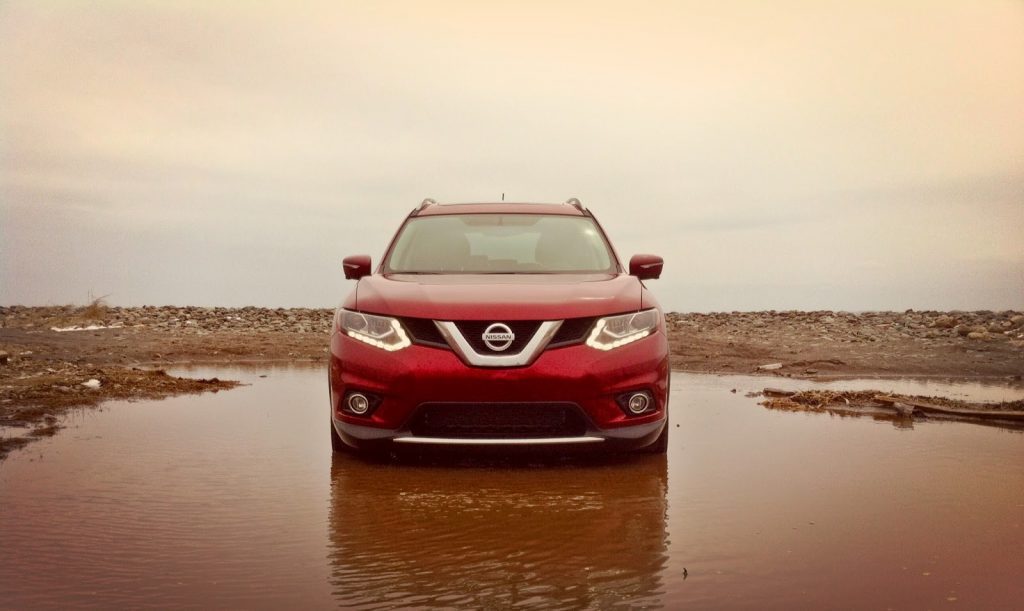 Families seeking a big automotive interior with a small fuel bill will be very pleased with what they find in Nissan’s new-for-’14 Rogue. GCBC’s all-wheel-drive SL tester also offered some premium features at a sub-premium price point. And although the driving experience is more likely to reduce, rather than increase, a driver’s blood pressure, Nissan has done a thorough job of ticking off checkboxes on the average small crossover buyer’s wishlist.

Nissan dramatically improved the 2013 Altima’s fuel economy, as we discovered in the dead of winter last year. For 2014, Nissan has made major headway with the Rogue’s level of efficiency, as well. Is it just a laboratory-perfected engine/CVT/aerodynamic fusion, or do the all-wheel-drive Rogue’s new fuel economy numbers of 25 mpg city/32 mpg highway play out in the real world?

Typically, the low-mileage nature of the cars which manufacturers drop off at GCBC Towers works in conjunction with the tough life many of the cars have lived in auto reviewers’ hands to manifest disappointing fuel economy figures. I was prepared for that kind of result in the 2014 Rogue SL, and I was prepared to tell GCBC’s faithful review readers that warmer temperatures, all-season tires (not Bridgestone Blizzaks), and a gentler right foot should cause the Rogue to match its impressive EPA ratings. 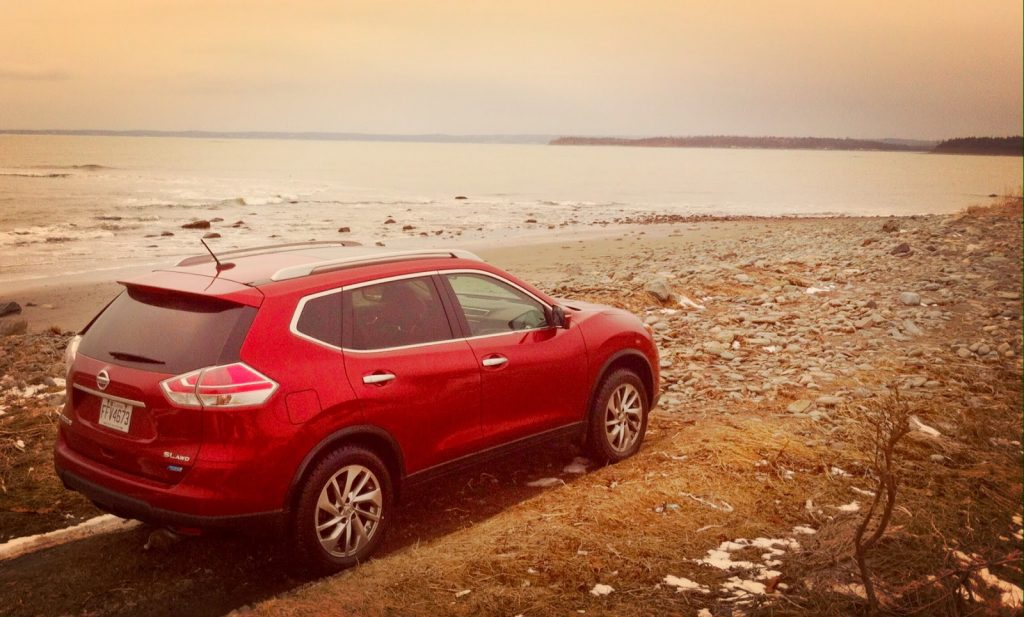 In truth, the 2014 Rogue needs no qualifying statements, no asterisks, no caveats. Over the course of a week in which Nissan Canada allowed the new Rogue to visit GCBC Towers we spent half our time in the city and half on the highway, and the Rogue consumed just 7.9 litres per 100 kilometres, equal to 30 miles per gallon.

Low fuel consumption, together with the Rogue’s roomy rear seat, big and reconfigurable cargo area, and competitive pricing scheme, will seal the deal for many small SUV buyers. But they should be aware of other Rogue advantages. And a few disadvantages, too.

On the negative side of the ledger, the Rogue that’s displayed on Nissan’s very useful Around View Monitor was grey. Except, as you can see in the accompanying pictures, our Rogue was actually red. Was I seeing a read-out from another Rogue that was trolling suburban streets in another part of Nova Scotia? This could get very confusing for Rogue owners who lack investigative skills.

“Darlin’, I backed into the garbage bin because I thought that screen was showin’ a different Rogue. A grey one, to be precise, just like the one Dave and Cathy done leased last week.”

“Well, yes’m, they were, but I reckon all the duplexes in Eastern Passage look the same.”

Moving on. The chunky chrome portions of the Rogue’s grille are just too much. Inside, the glossy shifter surround is going to be as dinged up as the chrome bumper on your neighbour’s 17-year-old F-150 before long, too.

2014 Rogues have big glove compartments, but by holding only 17 tennis balls, the centre console is half as large as what you’ll get in a Chevrolet Equinox.

On a more serious note, there are simple-yet-ingenious cargo shelves which flip up to block off a portion for groceries or stack to create a second load floor. But they jiggle a bit. This creates noise, noise which, like the sometimes creaky steering wheel you hear at low speeds when entering a parking lot, is very noticeable.

Because the Rogue is really quiet.

Most of the time.

The Rogue is really rather loud, annoyingly so, under heavy throttle. I don’t mean loud like all sub-$60K cars are loud when you tromp on it. Internal combustion engines are supposed to make noise. But the 2.5L’s unmotivated 170 horsepower (are there seriously that many?) are derailed by a continuously variable transmission that hasn’t taken on any un-CVT-like undertones as the CVT in last week’s Honda Civic tester has. As a result, there’s a clattery roar when ascending steep city streets or merging onto the highway.

Then you settle into a highway cruise on your way to the in-laws. You forget that better-selling Rogue rivals like the Toyota RAV4, Honda CR-V, and Ford Escape all come standard with (or offer) more power, and in the case of the CR-V and RAV4, marry more power to lower curb weights.  You no longer care that the Rogue, though more nimble than you’d expect for a 3613-pounder in the corners, would prefer Nissan’s sporting mantle be worn by just about any other Nissan.

I was going to write something about the Rogue’s steering feel, but that would be misleading, implying a connection between “Rogue” and “feel.” There’s weight, but weight should not be confused with tactility. The winter tires exacerbated the sensation of total isolation. And again, the Rogue is a bit slow. If your job is to find joy in driving, this CVT will kill your job. It will kill your job faster than a high small business tax rate.

Yet the Rogue does provide its driver with other forms of satisfaction. Isolation pays dividends. Ride quality is superb. Some of the weight you’ll find in the Rogue that isn’t present in, say, the Mazda CX-5, must have gone into noise-cancelling materials. The hushed cabin, combined with the Rogue SL’s high equipment levels, creates a passing resemblance to the interiors in much higher-priced Infinitis.

The quality of materials and more especially the quality of build has moved light years beyond the first-generation Rogue. Some people love the driver’s seat. Personally, I can’t get comfortable in anything with which Nissan sought help from NASA. Comfort and NASA? Have you seen what they’re working with up there?

Rearward passengers won’t be rubbing their knees on the back of the driver’s seat, a fact which serves to make the thought of a third-row, unavailable in this full-bore SL, all the more laughable. Aided in this Rogue by a blind spot monitoring system, visibility out the sides and the big back window is terrific.

Behind four passengers, you’re probably carrying quite a bit of stuff, 1113 litres worth. That’s supposedly 26 more litres than the current RAV4 offers, but my eyes suggest the RAV4’s cargo hold is more squared off and thus capable of carrying more boxes. One way or another, the Rogue is big on the inside, yet it’s only 4.4 inches longer than the aforementioned Civic. 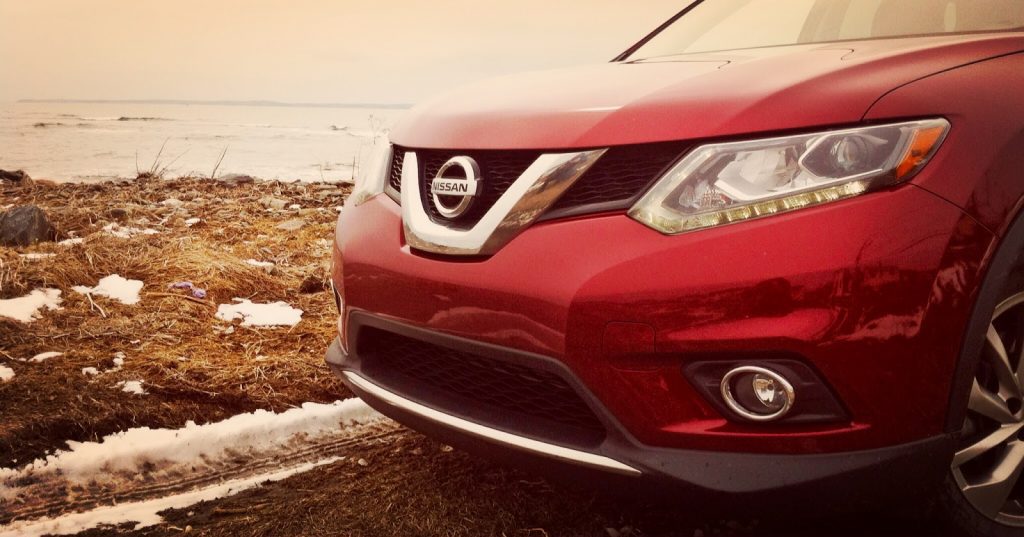 You won’t need to pay $35K. Skip the all-wheel-drive to save $2000 and it’ll consume less fuel. Another $2600 can be saved by leaving out navi, the AV monitor, the upgraded audio system, and the power liftgate. The 2014 Rogue will still be far more attractive than the Rogue of 2008-2013, significantly more refined, distinctly more efficient, and more wisely packaged.

Nissan’s previous edition was a success, selling better every year in the United States and  progressively improving in Canada ever since 2010. Quite deservedly, the new Rogue is already selling better than the old Rogue, and it’s taking the fight to the establishment.

The 2014 Nissan Rogue is not a barrel of fun. Few small crossovers are. But what it absolutely needs to get right, it does indeed get right. Others could learn from a formula so simple.