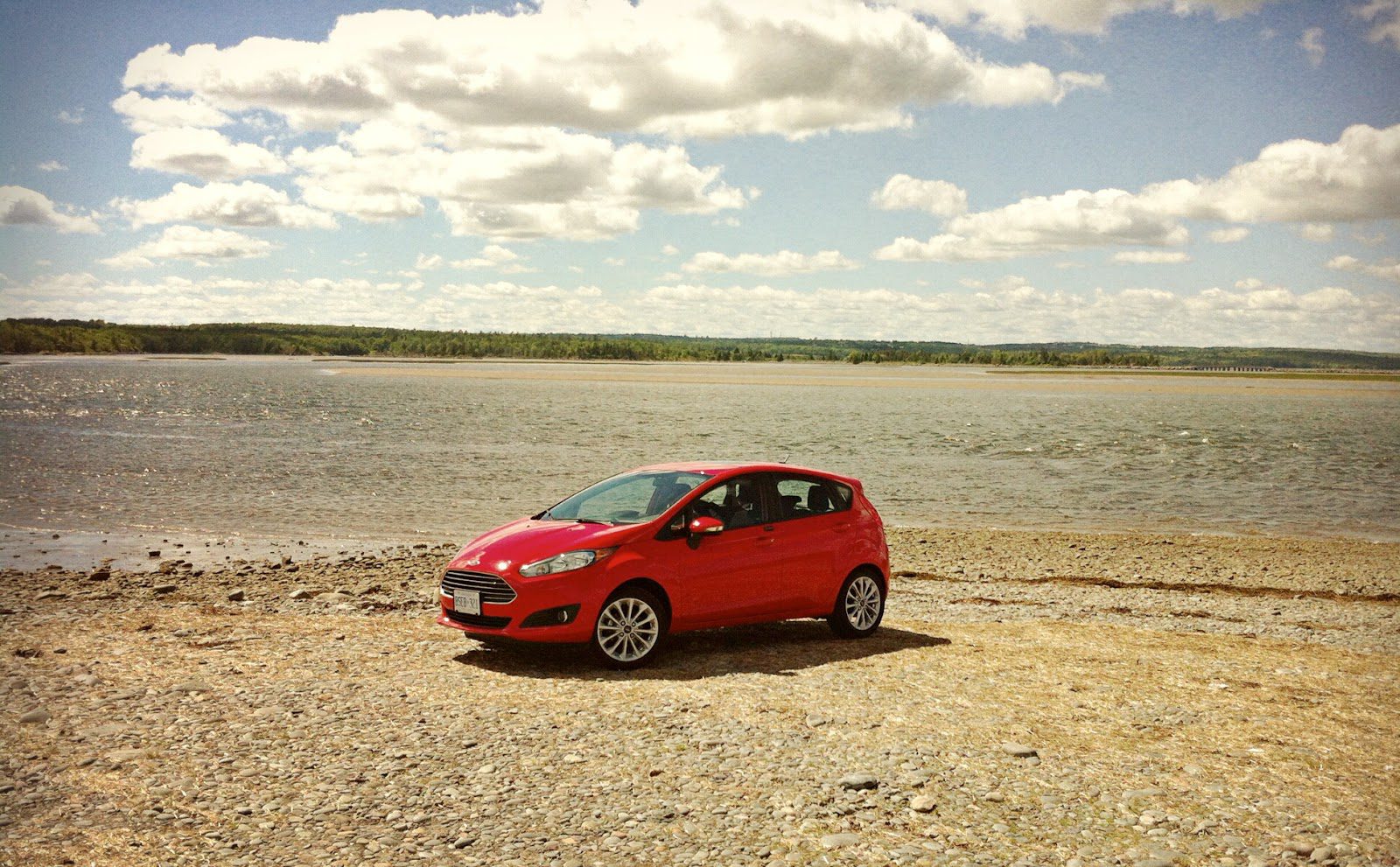 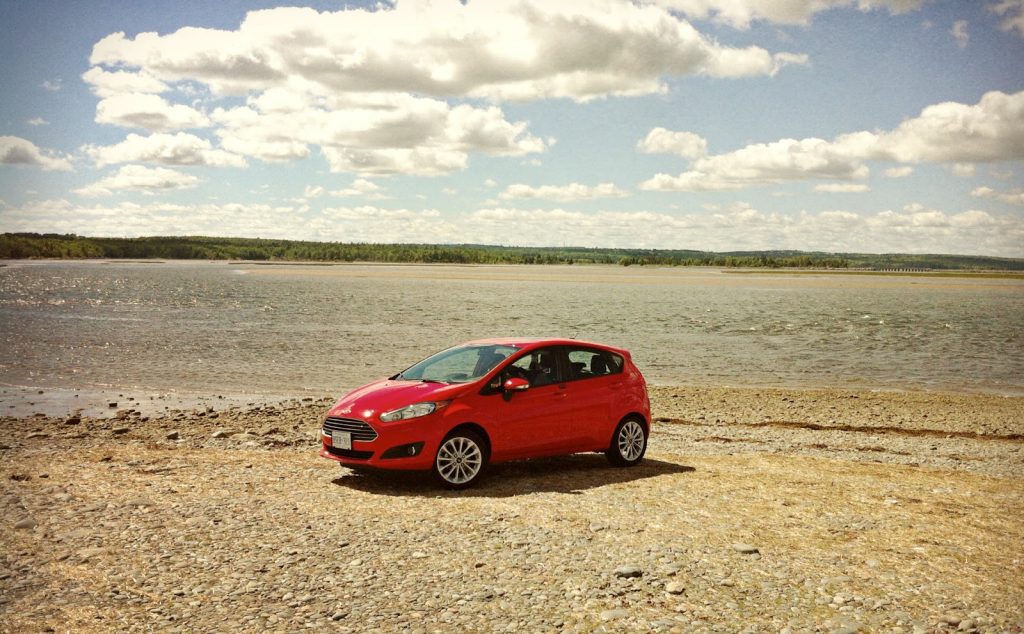 Under CEO Alan Mulally, the Blue Oval began to operate under a One Ford strategy. The North American market may be very different from the European market, but if the product is good and right, why not offer that product in both markets?

When it comes to the current Fiesta, a subcompact which debuted in North America in mid-2010, there continue to be some big differences between the models offered in, for example, the United Kingdom and the United States and Canada. We can’t buy a three-door hatchback on this side of the Atlantic; they can’t have the awkward sedan in the UK.  On the other side of the pond, they’re offered a far broader range of engines; we can’t have diesels here.

Nevertheless, the Fiesta we have is the Fiesta they have. It’s a car which showcases more of a connection, dynamically-speaking, to its Ford of Europe roots than it does to the F-150 or Ford’s other domestic market-centric products.

So during the week in which the refreshed 2014 Fiesta visited GCBC Towers in late June courtesy of Ford Canada, I made sure I had an opportunity to play a game of tag with another very European car, a new Audi S4.

To some, that surely sounds laughable.

This $21,852 Fiesta SE costs 60% less than an un-optioned Audi S4. Its 1.6L four-cylinder is down by 213 ponies compared with the S4’s supercharged 3.0L V6. The Fiesta has two fewer gears in its transmission and only sends power to the two front wheels rather than all four.

But this isn’t a Fiesta versus S4 comparison test. Driven by a fellow east coast auto writer, Mark Stevenson, on some of the better roads in the outskirts of Halifax, the S4 didn’t even have enough space to take a deep breath, while the Fiesta’s throttle was often pinned to the mat just to keep the Audi in its sights.

Yet the Fiesta was poised, always balanced and completely composed. The steering isn’t hugely talkative, but it’s not lifeless, and turn-in is very immediate.

The shift lever itself is too tall and throws are too long and loosey-goosey, but the clutch operates in the friendliest manner, a real boon for buyers who don’t want to spend the extra $1250 (equal to 7% more money on a Fiesta SE) on the 6-speed automatic but aren’t accustomed to a manual-trans car.

You expect subcompacts to be nimble, agile, and hugely manoeuvrable. The Fiesta is all of that, but it’s also abundantly clear that this is the perfect foundation for a true performance hatchback.

Indeed, these more basic Fiestas with their 1.6L naturally-aspirated I-4 engines are wanting for power, not just in comparison with the 197-bhp Fiesta ST but subcompact rivals like the 138-bhp Hyundai Accent and the 138-horsepower Chevrolet Sonic.

Subcompacts don’t need to feel quick – although the Accent and Sonic do feel sufficiently perky – but this 1.6L isn’t hungry for revs and suffers from a real drop-off in  a lackluster second gear. 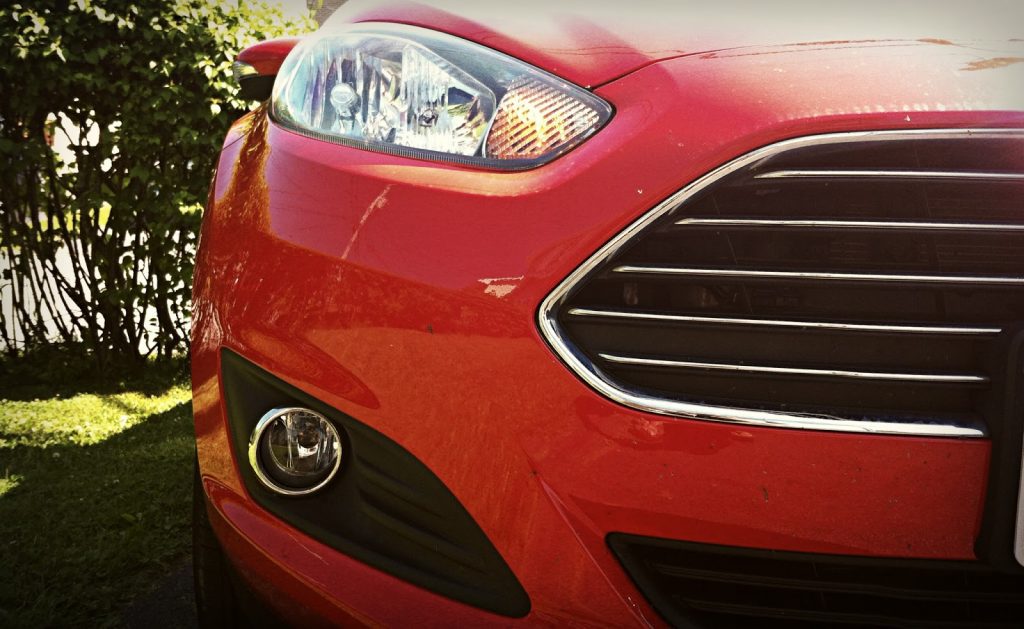 If the Accent and Sonic are known for benefiting from greater power than the Fiesta, the Honda Fit and Nissan Versa Note deserve mention because they provide subcompact buyers with more space. The Fiesta can seat four, five in a pinch, but there isn’t the flexibility of the Fit or the lounge-like rear seat of the Note. The solidity of the Fiesta’s structure earns plaudits, particularly relative to the segment, and it pays dividends with big-car-like ride quality.

The Fiesta’s MyFordTouch caused a couple brief headaches during its stay, with one freeze-up lasting a couple minutes and a general lack of cooperation from the audio functions. (The radio would seek interminably at rapid speed but periodically refused to change station at all.) There are some real flimsy bits in the car (sunroof shade, the shifter itself, the seat adjusters) which aren’t unexpected at this price. But they’ll disappoint a buyer who could spend just a very little more on the more substantial-feeling, similarly-equipped, much more powerful, and somewhat more spacious Focus. 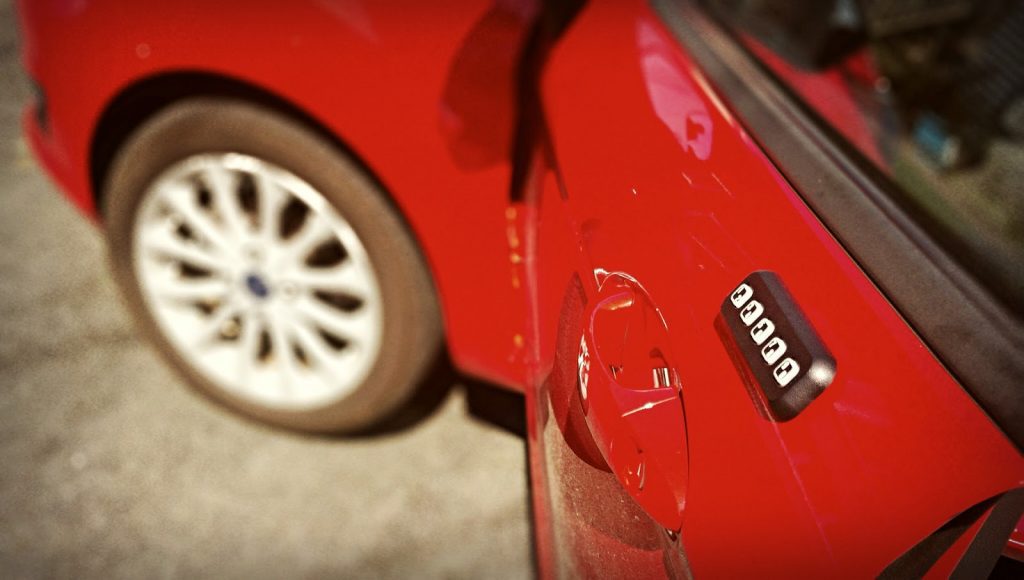 As is the case with so many other subcompacts, the compact creates a real issue for the subcompact inside showrooms. Yes, this SE has an $850 appearance package with pretty wheels included, plus a $1200 sunroof, $1300 worth of heated seats and power mirrors and navigation, and a $125 exterior keypad that is as much an afterthought as anything I’ve ever seen on a car. But at $21,852 including destination fees, you’re looking at the price of a Focus SE 5-door with an option or two, or the slightest of savings when this Fiesta’s equipment is added to the Focus. 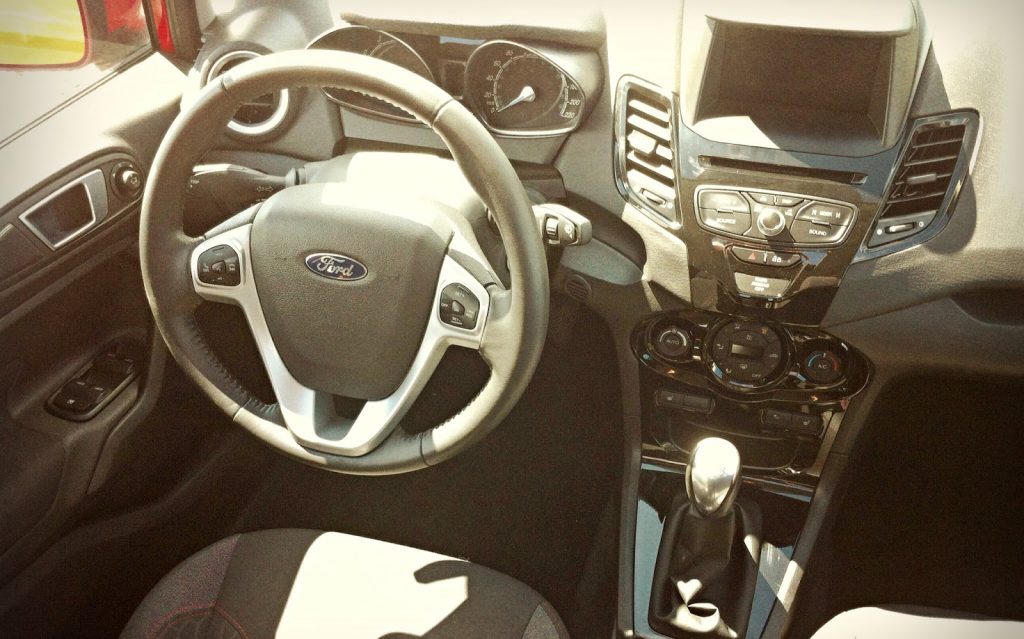 Perhaps all of that is besides the point. The facelifted Fiesta wears its Aston Martin grille better than the 2015 Focus, and despite the Focus’s One Ford-inspired European tendencies, it doesn’t have the Fiesta’s dynamic purity. In this most frugal corner of the automotive market, subcompact buyers are prone to comparing feature content side-by-side with rivals, analyzing a $2.00 savings here against a $1.50 fuel economy savings there.

You’ll forget about features? Plan to save by skipping Starbucks? The subcompact buyer who wants to chase fast cars on twisty roads must move the Fiesta to the top of the list.