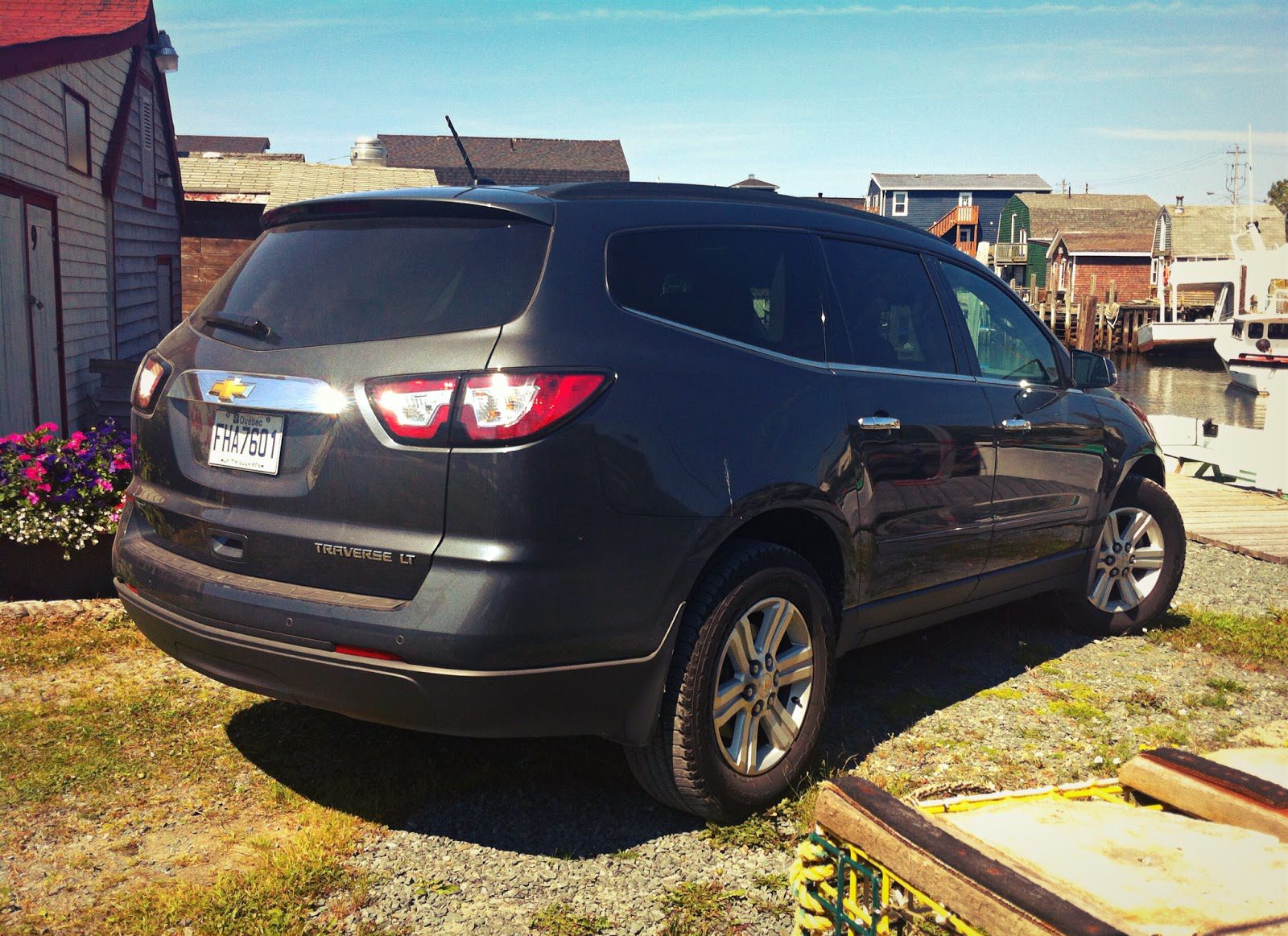 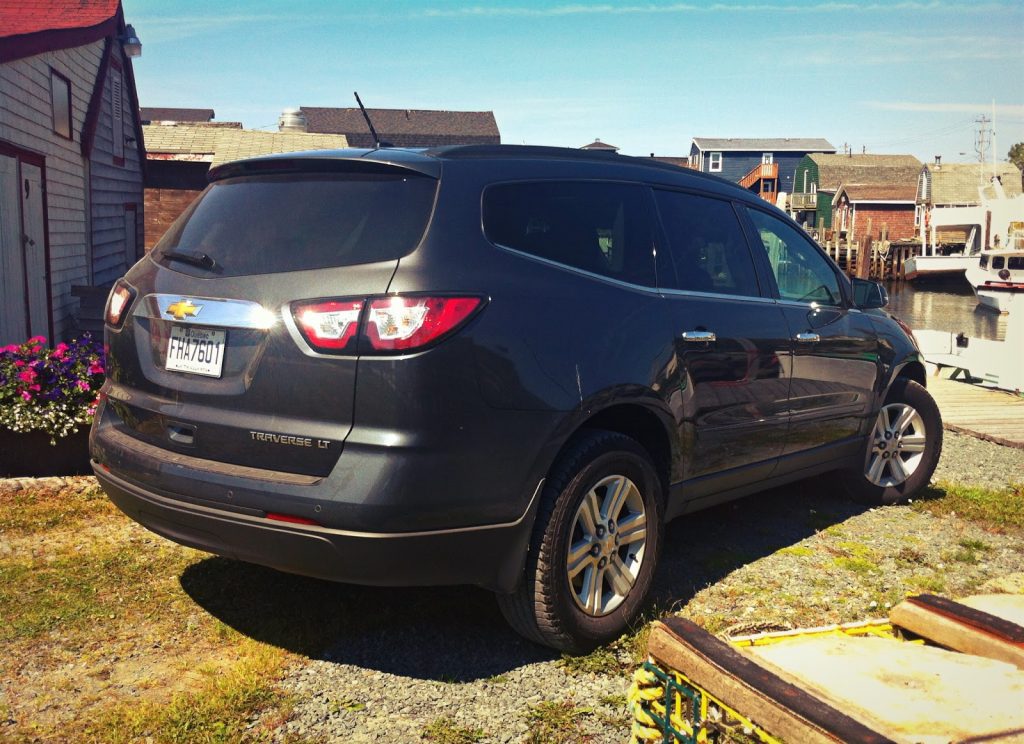 My, haven’t you matured.

You’ve expanded the population all right. By way of the womb.

Child number one brought with him a surprising amount of stuff. Child number two takes up a lot of space, as well. But it’s the third and fourth kids that suddenly made the first bungalow and the first CR-V seem so very small.

Odds are, you’re not about to buy a minivan. 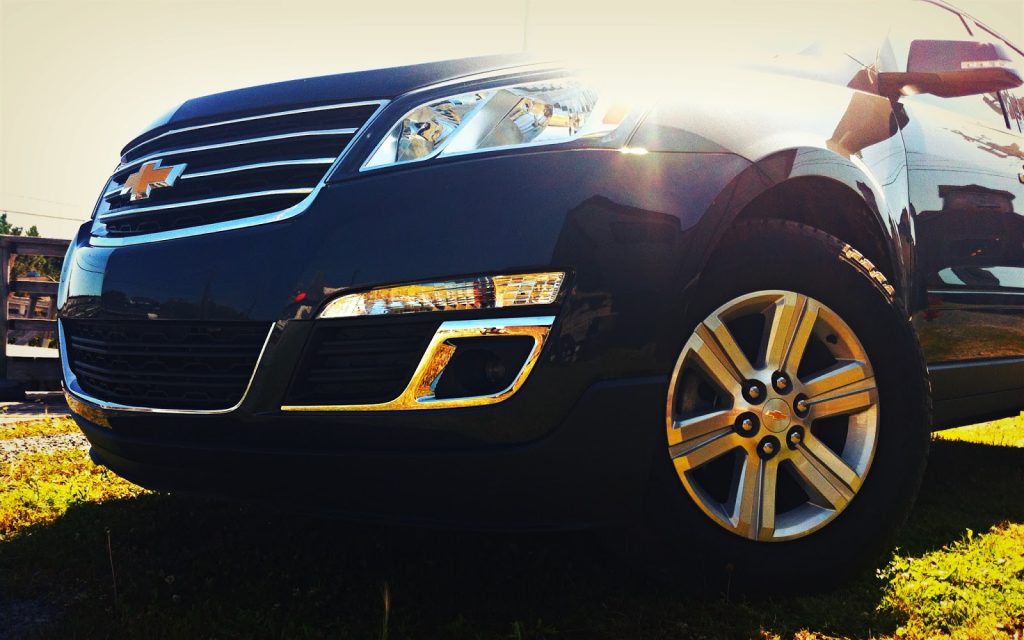 And then there are the very popular Lambda platform crossovers from General Motors. Of the three, the Chevrolet Traverse stands out as the most likely minivan comparison tool because of its lower Canadian base price: $34,995 for a base Traverse, $37,995 to add all-wheel-drive, $44,715 for an AWD Traverse 2LT with, for example, rear seat entertainment.

On paper, none of the three three-row crossovers which sell more often than the Traverse in the U.S. encourage as favourable a comparison with the ultimate family vehicle, the minivan. The Traverse offers greater available cargo space behind the third row, second row, and first row than the Ford Explorer, Toyota Highlander, and Honda Pilot.

Traverses can also tow in quite a truck-like fashion, with a maximum rating of 5200 pounds, slightly more than the Explorer and Highlander; 700 pounds more than the Pilot.

The Traverse is more.

But as we know, less is actually sometimes more, and bigger is not always better.

The third row in the Traverse that GM Canada sent our way in August is more challenging to access than the third row in the Nissan Pathfinder, in part because of the Traverse’s flimsy second row levers. It’s roomy enough back there for typical third row occupants, but the seats themselves are torturous little items, hard and flat afterthoughts in what should be a contemporary minivan alternative.

Second row passengers are granted more space and comfort. Our test Traverse didn’t have the expansive glass roof, however, so one glance up reveals a fuzzy headliner. (One look around also reveals great deal of unfortunate grey-beige.)

For the driver and front passenger, there’s no arguing with the comfort level in highway cruise mode. This is a huge cabin with very adjustable seats. But almost all of the controls felt as though they were mounted too low, particularly in comparison to the very intelligent design of the latest Toyota Highlander’s cabin, where the screen is mounted high, a shelf holds items you want to easily grab hold of, and a massive centre bin swallows the lunch order for a family of eight. 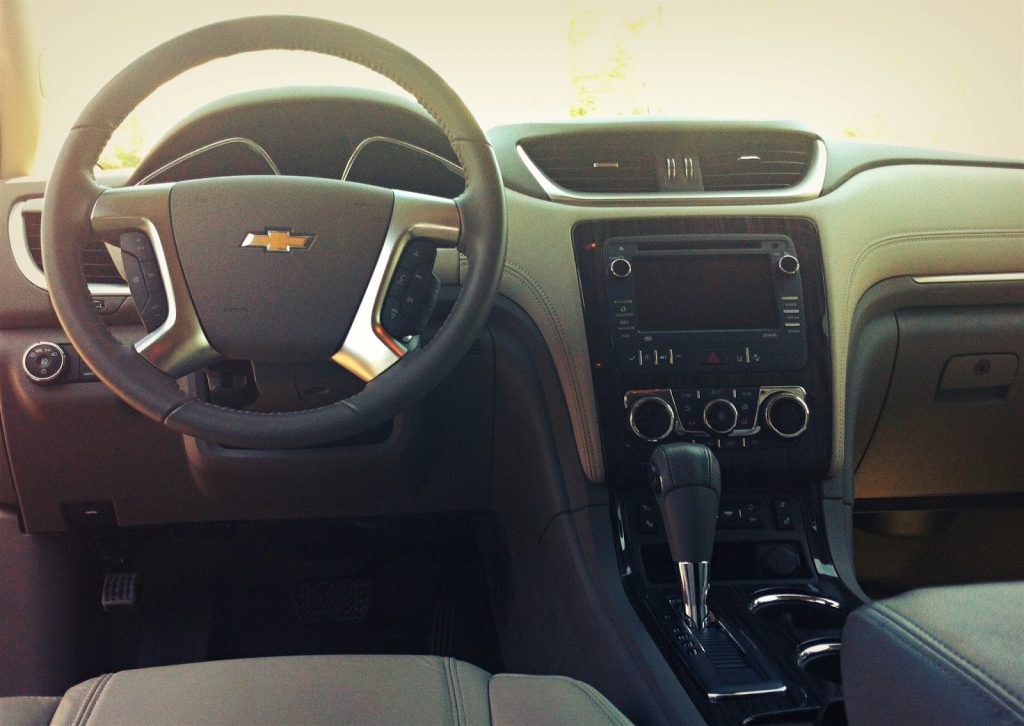 GM’s MyLink is still slow, a trait which was admittedly exacerbated by the fact that during the Traverse’s stay, I also spent time with a Tesla Model S’s fast-acting touchscreen.

It’s not that there are any great complaints regarding the Traverse’s on-road behaviour. The ride quality could be slightly firmer, just enough to remove a hint of float. There’s something to be said for the way a modern near-5000-pound high-rider can handle. If 3000-pound sedans had made these kinds of advances over the last 15 years we’d be in awe. Even the brakes offer real bite, and the 281-horsepower 3.6L/6-speed automatic combo never struggles to adequately motivate the Traverse. More low-down torque would be appreciated, as thoroughly wringing out the V6 to locate that adequate motivation feels somewhat out of character for this not-a-minivan.

In fact, the most significant dynamic issue isn’t found under the hood or near the wheels, it’s in the cabin. The steering wheel is pencil-thin, as if GM is saying, “You were never going to have fun piloting this behemoth, so we’ve made sure the steering wheel reminds you of the least sporting Oldsmobile you’ve ever driven.”

So the Traverse is vast, it doesn’t need to be expensive, and it remains surprisingly composed in motion. It nevertheless feels like a product designed as a Saturn Outlook for an introduction in late 2006. That was a while ago. 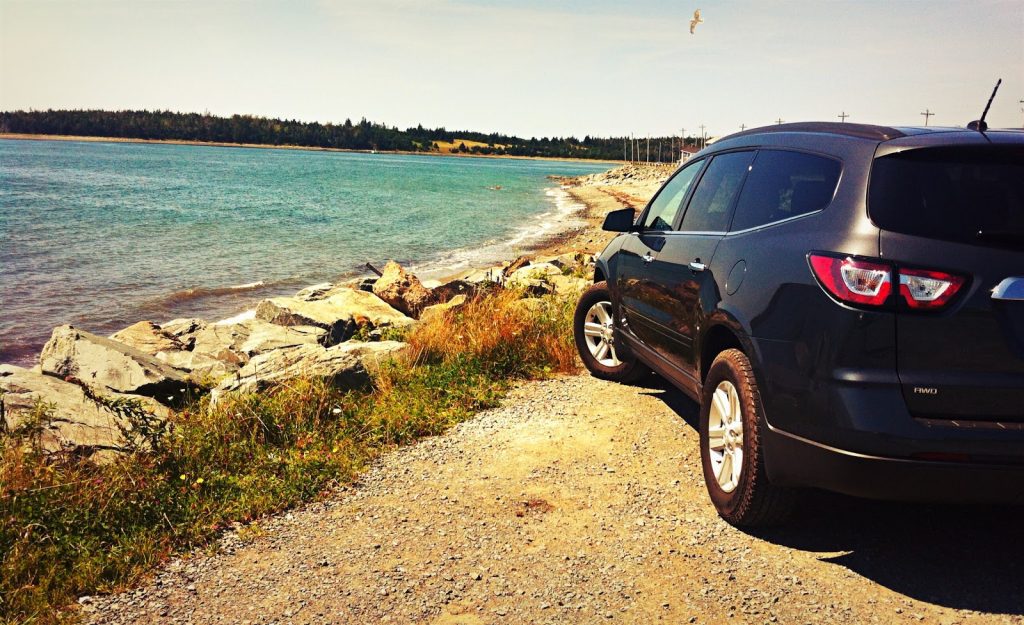 There’s a cheapness to the often-touched interior parts that’s out of keeping with the huge cabin quality increases we’ve seen over the last seven years. That roughness around the edges – from the gravelly second row seat operation to the crude operation of the driver’s armrest and a sliding panel in the centre console – would disappoint in a vehicle of any price.

Even with the 2013 redesign, the Traverse looks like a bloated second-generation Hyundai Santa Fe, which wasn’t ugly, but isn’t exactly current.

Although the fuel economy our Traverse achieved during a mostly low-speed week on the highway easily beat its official ratings, the all-wheel-drive Traverse is rated at 14.6 L/100km in the city. The Pathfinder is rated at 12.3; the Highlander at 13.0 and the Santa Fe XL at 13.3. Consuming between 10% and 19% more fuel in city driving isn’t a way of winning friends, nor will it positively influence buyers.

The Traverse is undeniably showing signs of age. That it remains relatively competitive is perhaps a symbol of some level of inherent goodness. It may also relate to the idea that, for many family car buyers, bigger is simply better. Though you may frequently have doubts about how accurately that maxim applies to the size of your own family.