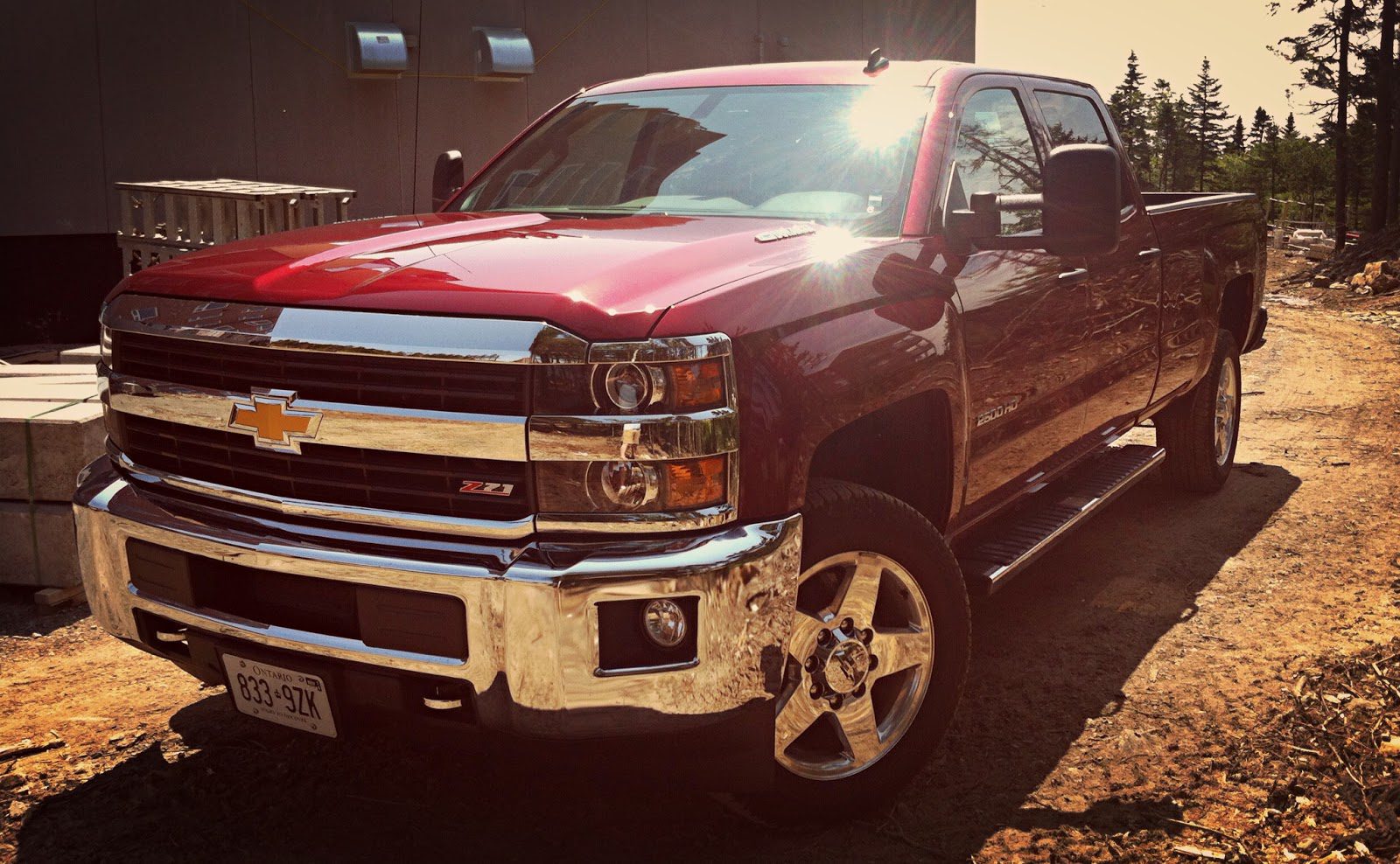 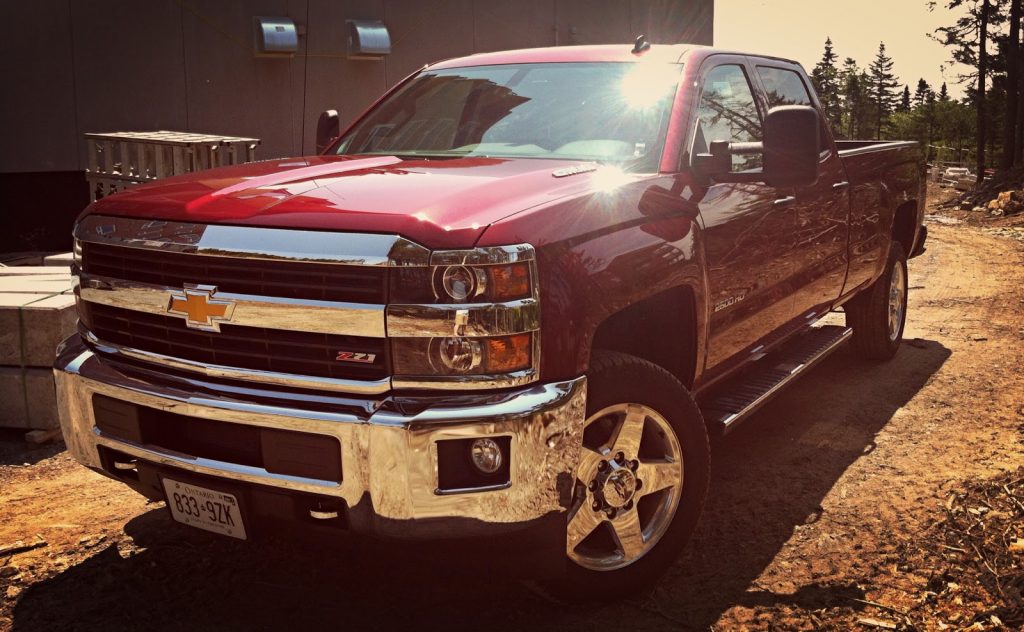 This Duramax-powered 2015 Chevrolet Silverado 2500 HD possesses an as-tested price that’s precisely triple the as-tested price of the 2014 Mazda 3 hatchback I drove around for a week back in late May.

The Mazda had half as many cylinders as the Silverado HD, less than one-third the engine displacement, and no turbocharger. The Silverado has 20% more seating capacity, a wheelbase that’s within eight inches of the Mazda’s overall length, 278% more cargo bed volume than the Mazda has cargo capacity behind the rear seats, and 2.6 times the weight.

The Silverado’s 6.6L turbocharged V8 diesel produces 242 more horsepower while generating more than five times the torque. Yes, it’s not quite three times as heavy as the Mazda, but the Silverado has the torque of five Mazda 3s. Mazda’s 3 operates only as a front-wheel-drive vehicle, but the Silverado can send power to all four wheels. Both utilize a 6-speed automatic transmission.

Naturally, none of this should be taken as a reflection of my opinion on the Mazda 3, which is probably the best car in its class at this moment. Take it as a prelude to my father’s concerns about my financial well-being. After all, GM Canada supplied me with the Silverado HD for a week, but the Cains supply the fuel.

See, I had told my parents that I could pick up their first-born and his wife and two of their kids and all their luggage at the airport in the Silverado HD so the patriarch and matriarch wouldn’t have to take two cars in order to manage the load. I was told that it would be quite late, and since I get quite sleepy rather early, since it’s a slightly longer drive from my house to Stanfield Airport way outside the city, since they’re anxious to see a family they haven’t seen in a year, I should just stay at home. 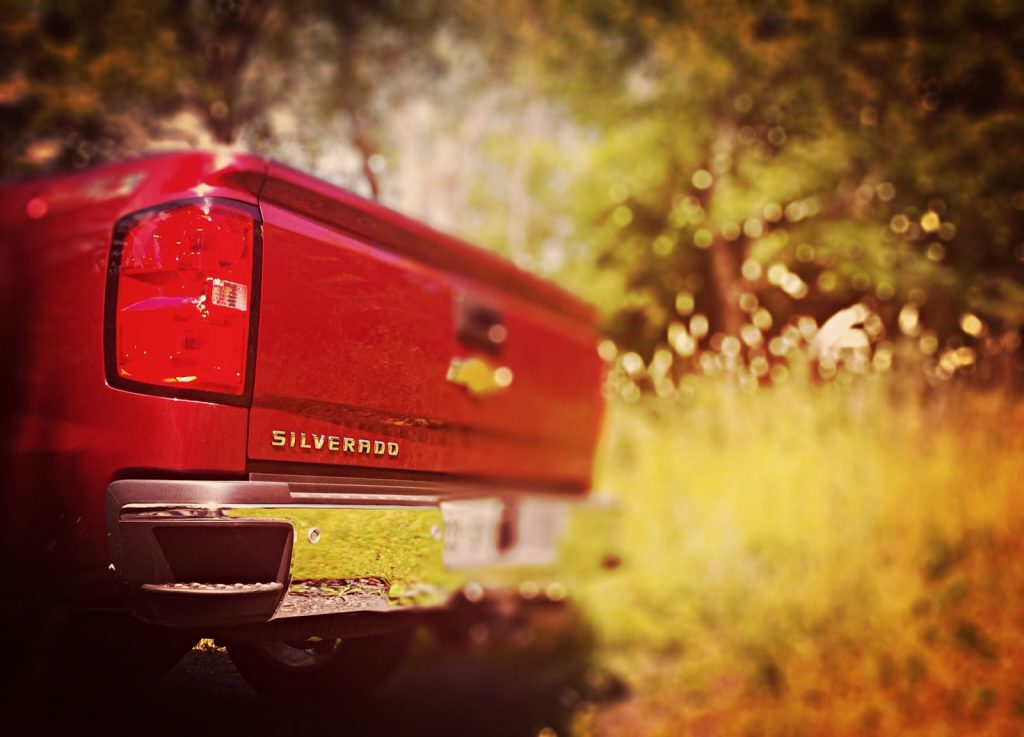 The next day, however, I found out it was actually because my father didn’t think I should spend the money on fuel. Indeed, later in the week when we appeared at their place in our own car and not the Silverado HD, he once again asserted the view that it was because of fuel economy concerns, despite the fact that in long-box form, the Silverado simply didn’t fit in their parking lot. I kid you not.

But in real world terms, the diesel Silverado 2500 crew cab only consumed twice as much fuel as the Mazda. Let’s not kid ourselves, it’s certainly more than twice as capable.

Moreover, to what extent is (or should) fuel economy be a concern for buyers of a truck that costs $76,000 (before deep discounts) in Canada? That price, by the way, includes $23,040 in options on an LT-trim Silverado 2500, including the $11,115 Duramax diesel/Allison transmission combination, a combo which costs $8395 in the United States.

The Duramax isn’t installed in GM’s 2500/3500 pickups simply as a means of saving fuel. Diesels are the engines of choice in heavy duty pickup trucks because of the way in which their torque is delivered.

All of it comes on stream at 1600 rpm in the Ram Cummins, Ford PowerStroke, and this Duramax, although the Ram and F-Series diesels produce more torque, and the F-Series quite a bit more horsepower, too.

Unloaded and without a trailer, the Silverado HD didn’t so much feel like a torque monster as much as it felt like a very fast automobile. I can’t imagine how a full array of passengers, a fair amount of cargo, and anything less than a 6000-pound trailer would cause it to feel slow.

During its stay at our house, the Silverado didn’t max out its tow rating, I didn’t use a front end loader to throw a gigantic boulder into its bed like they used to in old Like A Rock commercials, and I didn’t transport five construction workers to a paving project on a main artery at rush hour.

This may have caused me to appreciate the Silverado’s range of abilities all the more, as its ride quality, mighty brakes, and genuinely normal handling by light-duty modern truck standards convinced me. I enjoy hushed cabins, comfortable thrones, masses of rear legroom, built-in bumper steps, and softly-sprung tailgates.

Outside of those extreme moments (of which there are surely more for the buyer of a truck like this) when the Chevrolet is pushed to its limits, this is a normal truck. And we live in an age in which normal trucks are very pleasant places in which to spend time. You won’t always tow a horse trailer. The bed will not always be loaded with lawn mowers and sod and mulch. I wanted to know if the Silverado HD was liveable, a normal vehicle to operate at times when it’s not executing abnormal job duties. It is.

I don’t like GM’s MyLink infotainment unit, because it’s slow, crawling through satellite radio stations like a snail who ingested too many of Colorado’s unique brownies. There’s quite a bit of disconnect in the steering for the first two inches or more on either side of center, though not an unexpected amount.

I’d like the HD version to be more stylistically differentiated from the 1500 trucks. The Z71 badges on the side of a bed this vast either need to disappear or grow large enough to look tough. Optional 20-inch wheels should look a lot more exciting than this quartet. If the front row’s middle occupant is going to be punished by a massive centre hump, couldn’t GM figure out a way to give them more than just a lap belt?

It’s also tough not to be tempted by the extra torque available in the GM twins’ two rivals. One might also assume that at some point, despite the goodness of their trucks, the concern analysts have over lost market share and the angst auto news writers have over recalls will cause GM’s actual buyers to rethink their own “time for a new Chevy pickup” notions.

Incidentally, I did end up making it out to the airport. The neighbours and their 80-pound Husky/Border Collie didn’t want to pay to leave their car in long-term parking for nine days, and one morning they looked outside and saw an eight-foot bed attached to a four-door truck in the driveway next door. As you’d expect, the massive Air Canada-approved dog crate and a load of luggage that included 50 pounds of meat for the dog didn’t test the cargo or payload capacity of the Silverado. Nor did the six pieces of eight-foot long quarter round trim I bought on the weekend.

Yet isn’t it interesting that the Duramax travelled 20.5 miles per gallon on that highway jaunt to the airport? Maybe it wouldn’t have been such a bad idea for the truck to complete the airport run earlier in the week, either, particularly considering the fuel economy of the Outback and Elantra that actually did make the trip: 23.5 and 31.4 mpg, respectively. Especially now that, in Nova Scotia’s regulated fuel market, diesel costs 23 cents less per gallon than regular gasoline.

Yes, this means instead of three Mazda 3s, you should buy one Chevrolet Silverado 2500 HD Crew Cab.

In order to save money. 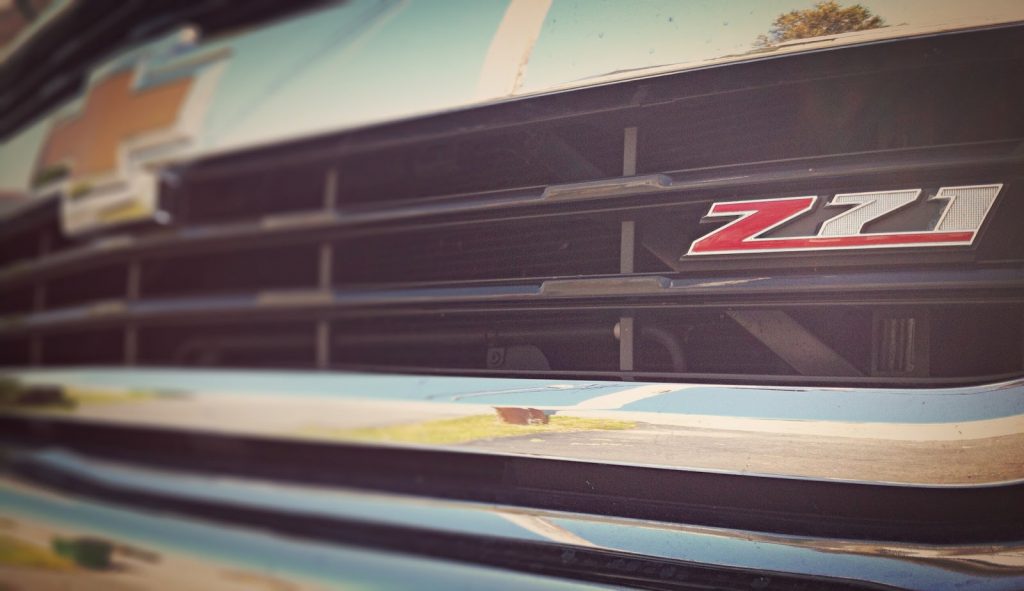