One week in Chevrolet’s diesel-powered 2014 Cruze only made me more of a believer that the Cruze, though not a driver’s car in any meaningful way, is a thoughtful compact sedan choice.

The temptation to purchase this Cruze, which purportedly consumes very little diesel fuel, also suggests that the especially thoughtful choice would be to stick with the tried and true gasoline-fired Cruze.

With a couple caveats.

See, diesel excites me. I don’t mean the filthy fuel itself, but the way in which the fuel, inside a turbocharged engine, disappears at a slower rate while producing substantially more torque.

I love how a car which doesn’t initially feel quick manifests its power with a surprising slug in the back, when you’re travelling up a hill, when revs are low, when other cars would feel as though power was tailing off.

At the same time, there’s a measure of certainty that while accomplishing the same Point A-to-Point B feats as gasoline-powered cars, the diesel engine is drinking less fuel. 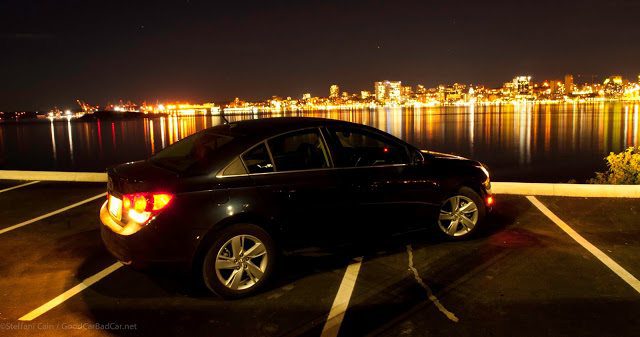 That’s a conversation for the end of this review. Chevrolet’s new 2.0L turbocharged Cruze diesel shouldn’t be analyzed purely based on its ability to consume less fuel than Chevrolet’s established 1.4L turbocharged gas engine.

With no SS-badged Cruze featuring the 276-horsepower 2.0L turbo from GM’s Opel Astra OPC, this Cruze Diesel is the best Cruze. As a result, the price premium commanded by the diesel car must be contextualized, as it’s not only the most efficient Cruze, it’s also the most powerful Cruze, the torquiest Cruze, and one of the most luxurious Cruzes, too.

From the day General Motors introduced the Cruze in North America, sporting intentions were set aside. Cruze buyers reaped the benefits. There’s no hint of a firm ride. The steering would never be called hyper-reactive. (Neither is it as lacking in feel and accuracy as so many of the video game consoles which pass for steering wheels in a number of the Cruze’s competitors.) Silence prevails, as the focus on sound deadening is almost Buick-like. Vibration through pedals, steering wheel, and shifter is held at bay.

The Cruze has always missed out on the Mazda 3’s seat-of-the-pants feel, the Ford Focus’s agility, the Dodge Dart’s aggressively sporty appearance, and the acceleration produced by the Honda Civic Si’s 2.4L. But General Motors went a long way toward making up for the Cruze’s old-man approach by making the Cruze a wonderful big car – in a small package.

Ride quality, seat comfort, a quiet interior: together these characteristics yield a generally relaxed demeanour, one which harmonizes nicely with the diesel engine’s easygoing power delivery.

There’s very little noise or forward motion just off idle, but past that point the load of torque from 2600 rpm on up is something with which no regular Cruze can compete. The diesel’s typically diesel-ly sound dissipates above idle, as well. Owners of Volkswagen diesels know how the 2.0L TDI generates its (admittedly lower) torque at lower revs, and the Cruze 2.0TD’s approach is noticeably a bit different, a bit less dieselesque.
Throttle response isn’t very good. The transmission’s focus on shifting for efficiency’s purposes shove any thought of snappy VeeDub DSG upshifts to the back burner. But this is the better of the two small car diesel engines available in North America, as it ladles out torque the way diesels do while meting out horsepower in a surprisingly conventional manner.

Complain about the cost of upgrading to the Cruze’s 2.0L diesel if you must – we’ll get to the numbers in a moment. Just don’t forget that upgrading the horsepower and torque in competing compact sedans won’t produce a corresponding decrease in fuel consumption.

Still, you better enjoy the 2.0TD’s extra 13 horsepower and surplus of 132 pound-feet of overboost torque, because the enhanced efficiency simply won’t pay off. Even as the Cruze Diesel reduces the ability of Esso, Shell, Petro-Canada, and Irving to empty your wallet, GM Canada wants you to pay twice over. The MSRP is higher, and they’ll charge more interest. 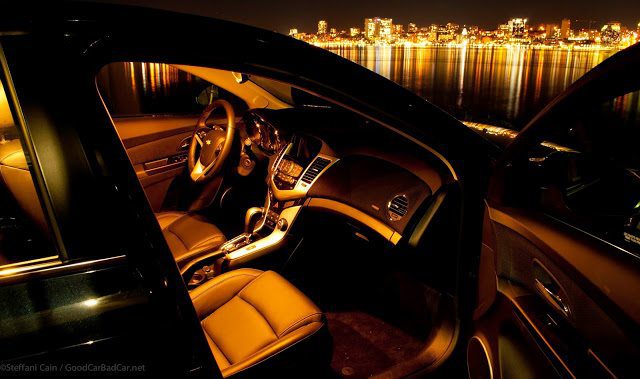 GM Canada’s solo modelo approach with the Cruze diesel means you’ll pay at least $26,495. You could have a Jetta TDI for nearly $1000 less in Canada, but it wouldn’t have the same level of content and it wouldn’t have an automatic transmission. In any event, that’s not to the Cruze’s credit. The availability of a manual transmission sets Volkswagen apart, and its superior dual-clutch automatic may be worth the $490 extra you’ll need for the least costly two-pedal Jetta TDI beyond the Cruze Diesel’s base price.

Depending on what features matter most to you, content levels appear to be in the Chevrolet’s favour, with leather, bigger alloys, a backup camera. and a longer warranty being fitted as standard kit. Yet, with a manual transmission Chevrolet’s own Cruze 2LT costs $3550 less than the Cruze Diesel. And with an automatic, the gas-fired Cruze 2LT is $2100 less than the virtually identical Cruze Diesel. 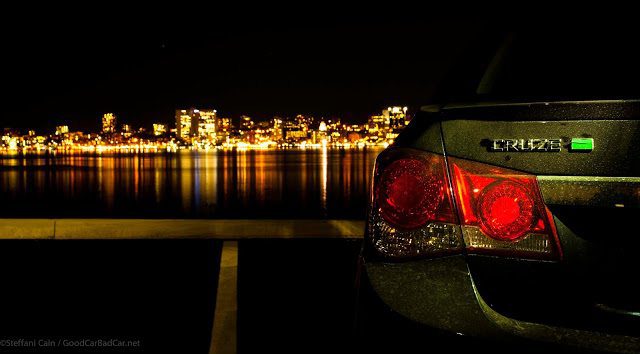 Paying for the Cruze Diesel over five years pushes GM Canada’s interest rate up to 2.99%, up from the 1.49% 60-month rate other Cruze buyers would receive. This means the buyer of a non-cash-paying Cruze Diesel customer will be charged $549 per month for five years when fees and Nova Scotia tax is applied, $62 more than the 2LT buyer will pay.

Assuming prevailing fuel prices and real-world fuel economy that matches the very realistic EPA ratings, city driving at 20,000 kilometres per year would result in a savings of just $5 per month in the Cruze Diesel. That’s just $300 in five years; just 14% of the difference between the Cruze 2LT and the Cruze Diesel. Combined driving would produce a monthly savings of just $14, recouping just 40% of the cost.

The highway difference is most significant, but even if all your drives took place on the highway, the Cruze Diesel would only generate $1380 in savings over the course of 100,000 kilometers, still hundreds of dollars shy of the $2100 difference.

Perhaps the gap is worth it, considering these efficiency gains are also paired with power and torque gains. Not that the Cruze Diesel is otherwise perfect. Ironically, selecting cruise control requires the depressing of a very cheap wheel-mounted button. The seat’s recline function isn’t powered and it’s awkward to reach. Rear seat cushion comfort is terrific for two, but ankle and knee positioning isn’t great. The diesel’s urea solution (which you’ll take care of during scheduled maintenance) reduces trunk capacity. The backup camera is terribly grainy in the dark and it’s washed out by the sun.

Fans of the small Chevy can nevertheless own the most powerful Cruze and the most efficient Cruze in one car. That’s not the way business is normally run on this continent, but here’s hoping the 2014 Cruze Diesel is a major step toward creating a new normal.