Cadillac isn’t building dull cars. That’s not to say every Cadillac is successful or wonderful to drive. Nevertheless, bold design draws attention and incites opinion. Love it or hate it: reactions are just what General Motors wants.

Cadillac’s general manager figures the CTS Sport Wagon that debuted in Pebble Beach (click for images and info), along with the SRX previewed here take Cadillac’s “dramatic design into new directions, particularly cars and crossovers that are the right size at the right time for today’s luxury consumers.”
Hard-core SUVs are simply not what the typical customer wants these days. By the 2010 model year when the second-generation Cadillac SRX hits the road, the current that is flowing away from vehicles like the Ford Explorer and Cadillac Escalade may become a whirlpool sucking those vehicles to the bottom of a deep dark ocean. 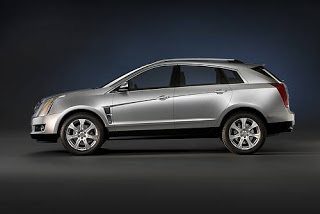 What began as an effort to provide consumers with the car-like responses they all wanted (with the by-products of slightly improved fuel economy and less towing ability) is now a push for drastically improved fuel efficiency and reduced emissions. Car & Driver responded very favourably to the first SRX by naming it to its 5Best list in 2004, 2005, and 2006.
Competitors are all around: BMW X5 & X6, Infiniti FX, Porsche Cayenne, Lincoln MKX, Acura MDX, Lexus RX, Audi Q7, Volkswagen Touareg, Volvo XC90, and even the Subaru Tribeca, Mazda CX-9, and Buick Enclave on the lower end. Competition necessitates improvement. That’s what Cadillac hopes to do with the aging SRX in 2010. 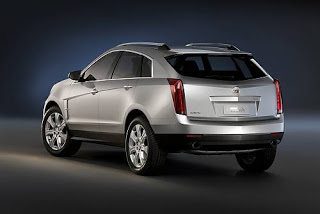