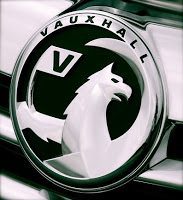 You’ll know it – or something like it – in the future as a Saturn and you’ve known it before as an Opel. Pictured here is the Vauxhall Insignia from General Motors’ British outpost. As a replacement for the long-running Vectra nameplate, GM hopes the Insignia will reignite some desire for mainstream large cars in the UK, a segment that is struggling to keep up with small MPVs from mainstream brands and low-powered sedans saloons from BMW, Audi, and Mercedes-Benz.

Plans to bring a vehicle like this, thought at one time to be the core of the brand, back to a place of significance include a range of engines wider than the gap between Alaska and Russia. Ahem.
Starting out with diesels, Vauxhall will start the Insignia with 128-bhp and 158-bhp powerplants, both of which surely make up for their horsepower problem in the torque department and at the fuel pump. A 187-bhp mill will be added to make a diesel trio sometime next spring, a few months after the late ’08 launch.
If ‘petrol’ is your fuel of choice, engines ranging in power from 138-256 horsepower will be available. Only that 256-bhp V6 comes standard with an automatic.
Highlights from this engine lineup include a 1.8L gas engine that weighs 20% less than its predecessor; a 2.0L turbo with 217 horsepower; and diesels with a range of 750 miles. The turbocharged gasoline models are available with all-wheel drive. 20-inch wheels will be an option. Yes, you did just read that 20-inch wheels will be an option. This is the Vauxhall Insignia and not a Cadillac Escalade, but yes, 20-inch wheels will be an option.
Why does this matter to ye who are not Across The Pond? For one thing, there’s the Saturn connection. Secondly, there’s the here’s-what-you’re-missing factor in an age when GM is trying desperately to avoid sinking in a market where swimming is very difficult.