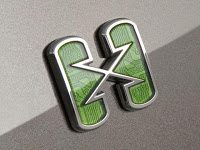 Anywhere from CNN American Morning to the newest paved parking lot at a massive shopping complex, ‘hybrid’ is attempting to be used like Kleenex. No, not to wipe your nose; but as a generic term. And though Scott Paper and its competitors may beg to differ on the apparent differences in facial tissue (pretty much all the same to me), there’s so much more to distinguish between hybrid automobiles.

The word has become synonymous with green driving, rightfully deserving or not. It’s ridiculous that ‘hybrid’ will live in the minds of our youth as vehicular terminology only, considering its definition as something composed of elements of different or incongrous kinds. Hybrid can mean much more than a gas-electric car.
So, although many a celebrity will say, “I drive the hybrid” as if it is owed a capital H and as though the ‘the’ inside the quote deserves to be italicized, hybrids are actually combining to become a marketplace force. A small force, but a force nonetheless.
2.2% of the United States new automotive market was made up by hybrid vehicles last year. Toyota’s Prius led its kind in sales. Overall vehicle sales tumbled 3% in the America of 2007. Yet, hybrids overwhelmed that trend by posting a 38% jump. But hold on.
Along with the Prius, Toyota also sells a large fleet of hybrids now. The Camry and Highlander are both available in hybrid form. Lexus sells hybrid versions of the RX, LS, and GS. Honda’s Accord hybrid wasn’t a completely successful vehicle – okay, it wasn’t successful at all – but some would have trickled out last year alongside the Civic hybrid. Nissan uses Toyota technology to power its Altima hybrid.
Saturn is beginning to compete with an Aura hybrid, known as the Green Line. Other General Motors hybrid products include their full-size SUV hybrids and the Chevrolet Malibu hybrid. Ford sells hybridized versions of its Escape under two other nameplates, the Mercury Mariner and Mazda Tribute. More big prototypically American vehicles will feature a likely green leafy badge sometime this year – the Cadillac Escalade, Chrysler Aspen, Dodge Durango, and Chevy Silverado/GMC Sierra tag-team.
Put it this way: next year, huge hybrid sales increases will be posted again. I’m sure the same could’ve been said in the early part of the 20th century for automobiles in general. (Did that mean horses were outdated? Plenty are still alive and kickin’.) Until the hybrid market stabilizes, something that won’t happen anytime soon, growth numbers ought to be taken with a grain of salt. Yes, more hybrids are being sold. But there are also plenty more hybrids to be sold. 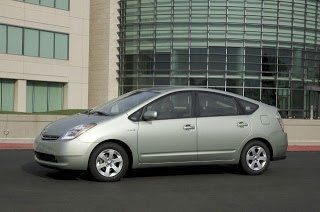