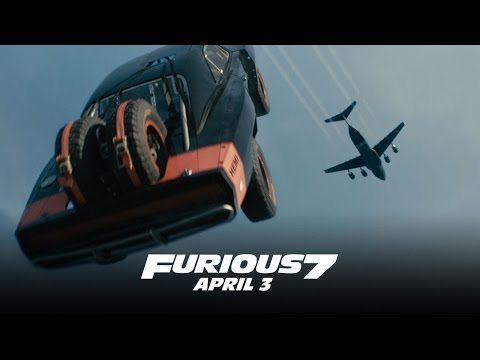 The seventh movie in the Fast & Furious franchise will be in theatres Friday, April 3, 2015. You love cars, you cheer for special effects, you don’t care about good writing, you tolerate mediocre acting, and you will therefore see it at some point.

Vin Diesel, Dwayne Johnson, and Jason Statham all in one movie? With the late Paul Walker supporting? It won’t win an Oscar, but Furious 7 is set to be at least as crazy as its predecessors. Which is what it’s supposed to be.

This new extended trailer appeared during USA Network’s premiere of Dig this evening. When you watch Dig, examine it closely for automaker tie-ins. USA’s White Collar loved Ford mentions before an out-of-the-blue switch to constant BMW 6-Series adulation. Suits has been known to show plenty of Lexus close-ups. Neither GCBC nor any human on the planet has any idea whether those moments caused buyers to head to their nearest Ford, BMW, or Lexus dealers.